Votes for Life – The Elections Bill 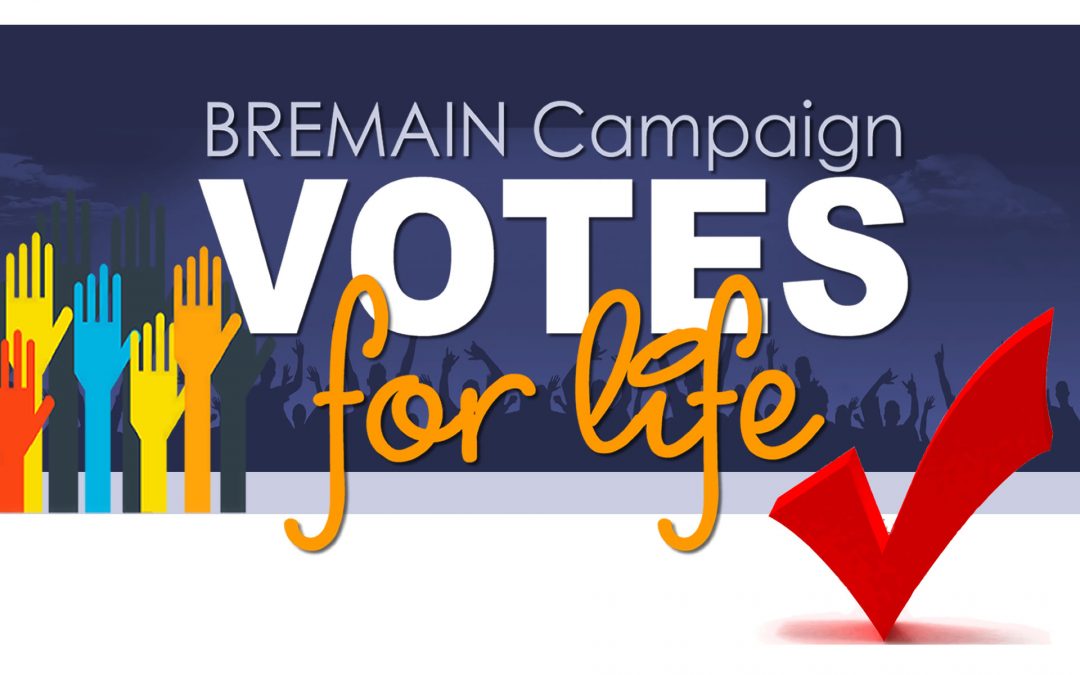 However, we still have a long road to travel to ensure relevant processes and procedures are in place to make voting in UK elections a reality. We must keep up the pressure on government to follow through on their commitments in a timely fashion, and before the next general election.

Bremain will also be looking at further ways to make our voting contribution more meaningful, such as a campaign for dedicated MPs for Britons living overseas.

Check back here regularly for all the latest news updates, as and when they happen.

The Elections Act has received Royal Assent and has now become law. It will allow British citizens abroad to vote in UK elections, by removing the 15-year limit. It will also extend the annual re-registration requirements to just once every three years.

In response to an enquiry regarding overseas voters’ measures in the Elections Act, the Electoral Commission said, “The Government has not yet made the legislation necessary to bring these changes into force, and we do not expect them to come into force before summer 2023. More detail on the implementation of these measures is expected to come from the government in the coming months.”

You can read an article written by Bremain Chair, Sue Wilson, on the passing of the Elections Act here

Our campaign for the restoration of our voting rights, and the scrapping of the arbitrary 15-year rule, moved a little closer to fruition this month. The controversial Elections Bill, which includes the government’s manifesto promise to restore our voting privileges, has made some progress through parliament. On 7 September, the bill passed the Second Reading in the House of Commons.

On 22 September, the Committee stage began, and is scheduled to continue on 19 October. You can watch the latest proceedings on Parliament TV here. 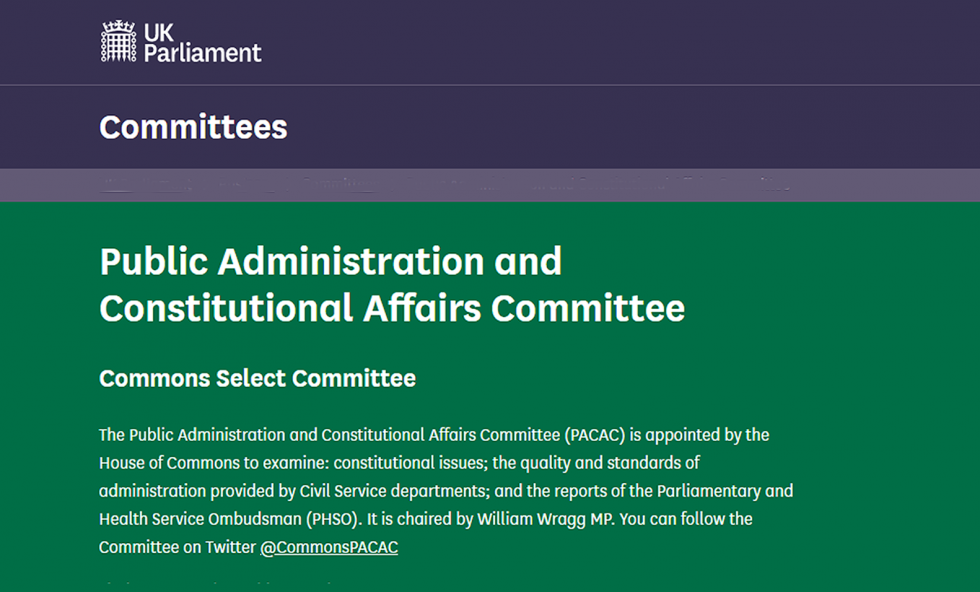 In tandem with the passage of the bill through the Commons, the Public Administration and Constitutional Affairs Committee (PACAC) started its Elections Bill Inquiry. Many campaign groups submitted evidence to the committee, Bremain included.

We asked our members why their vote was important to them and used many of your testimonies in our report. Many thanks to all those that contributed. You can read about our presentation of evidence to the committee here, in an article by our Chair, Sue Wilson.  To read our evidence report in full, click here

The date for the second reading of the Elections Bill has been announced as 7 September, at 12.40 BST.

The second reading is the first opportunity for MPs to debate the general principles of the Bill. At the end of the debate, MPs will vote on whether they think the Bill should proceed to the next stage – the Committee Stage.

You can follow the progress of the Bill here

You can watch the debate live on Parliament TV, or watch a recording after the event here

On 26 July, the Public Administration and Constitutional Affairs Committee (PACAC) announced a new enquiry into the controversial Elections Bill.

The bill includes government plans to introduce voter ID at polling stations, the aim being to “protect the integrity of elections”. However, many campaigners have argued that election fraud is extremely rare, and the bill is a solution to a problem that does not exist.

“These proposals make significant changes to the implementation of and potentially participation in elections. It’s natural that they are properly interrogated and claims by the Government that the plans would protect our democracy are tested before implementation. Although few would argue against shoring-up our electoral system in principle, it’s critical to ensure that it is done correctly, that it is fair, and that it is necessary to do so.”

Of course, the bill also includes the long-awaited restoration of democratic voting rights for Britons living abroad, affected by the arbitrary 15-year rule. We are encouraging our members to write to their MPs with their views on the Elections Bill – good and bad – and we will be presenting evidence to the committee in due course.

You can read more about the proposed enquiry here

You can read more about PACAC here

If you wish to submit evidence to the committee, you can do so here. The deadline is 31 August 2021. 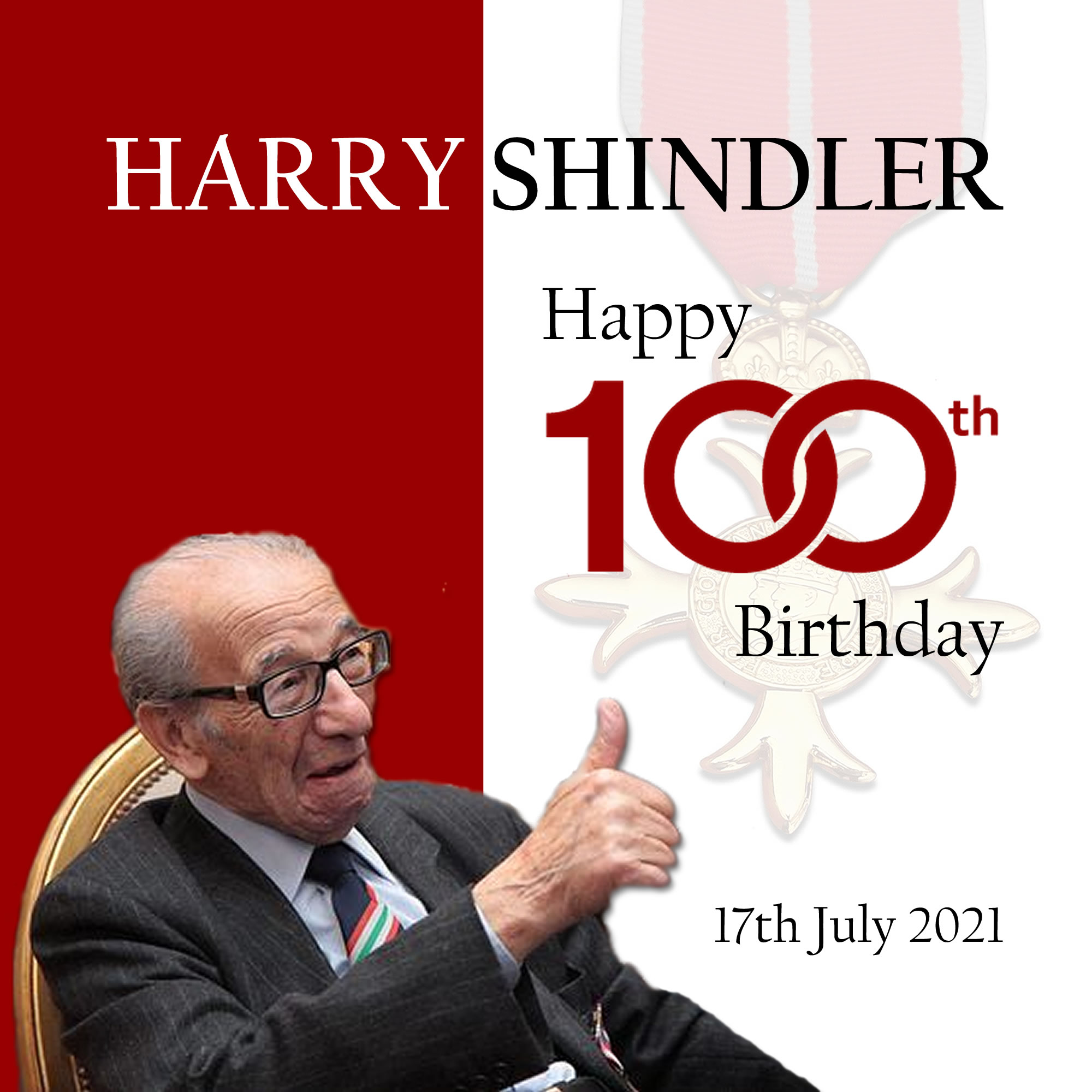 Veteran campaigner, Harry Shindler OBE, has been fighting for the restoration of our democratic voting rights for 25 years.
On 17th July 2021, he celebrated his 100th birthday. Bremain could not let this occasion pass un-noticed, so we asked our members and other campaign groups to join us in sharing our good wishes.

Bremain members contributed to our birthday book. You can view the book & read our members’ comments here

Campaign groups across the UK & the EU contributed to our dedicated video, which you can view here

We wish Harry a very happy birthday, & many more to come.

Update 07 July 2021
On 5 July 2021, the government bill set to restore our democratic voting rights was finally brought before parliament. A government press release stated that the new legislation was designed “to strengthen the integrity of UK elections and protect our democracy”, and included this aim:

“To increase participation in our democracy, the Bill will deliver the longstanding commitment to remove the arbitrary 15 year limit on overseas electors voting in UK Parliamentary general elections.”

The Elections Bill is proving controversial, though not because of the scrapping of the 15-year voting rule. The cause for concern is the planned introduction of voter ID, which threatens to disenfranchise many further voters, and is regarded by many as undemocratic and unnecessary.

Bremain will be following the passage of the new bill with great interest, and will provide regular updates.

More information on the Elections Bill is available on the official government website here.

You can also access updates on the Parliament website here, including the latest government publications and details of the bill’s progress. The government describe the bill thus:
“A Bill to make provision about the administration and conduct of elections, including provision designed to strengthen the integrity of the electoral process; about overseas electors; about voting and candidacy rights of EU citizens; about the designation of a strategy and policy statement for the Electoral Commission; about the membership of the Speaker’s Committee; about the Electoral Commission’s functions in relation to criminal proceedings; about financial information to be provided by a political party on applying for registration; for preventing a person being registered as a political party and being a recognised non-party campaigner at the same time; about regulation of expenditure for political purposes; about disqualification of offenders for holding elective offices; about information to be included in electronic campaigning material; and for connected purposes.”
For further information:

The government officially announced today that British citizens who have moved abroad will be given ‘votes for life’ as the UK Government scraps the arbitrary 15-year limit on the voting rights. All British citizens who are living overseas who have been previously registered or previously resident in the UK will be able to vote in UK Parliamentary General Elections. In addition, the new rules will mean overseas electors can stay registered for longer requiring them to renew their registration details once every three years, rather than annually.

Overseas electors will also be able to reapply for a postal vote or refresh their proxy vote at the same time as renewing their voter registration, streamlining the process and helping to ensure they have appropriate voting arrangements in place ahead of an election. These changes, which will form part of the Elections Bill will come into effect in time for the next scheduled General Election in 2024. 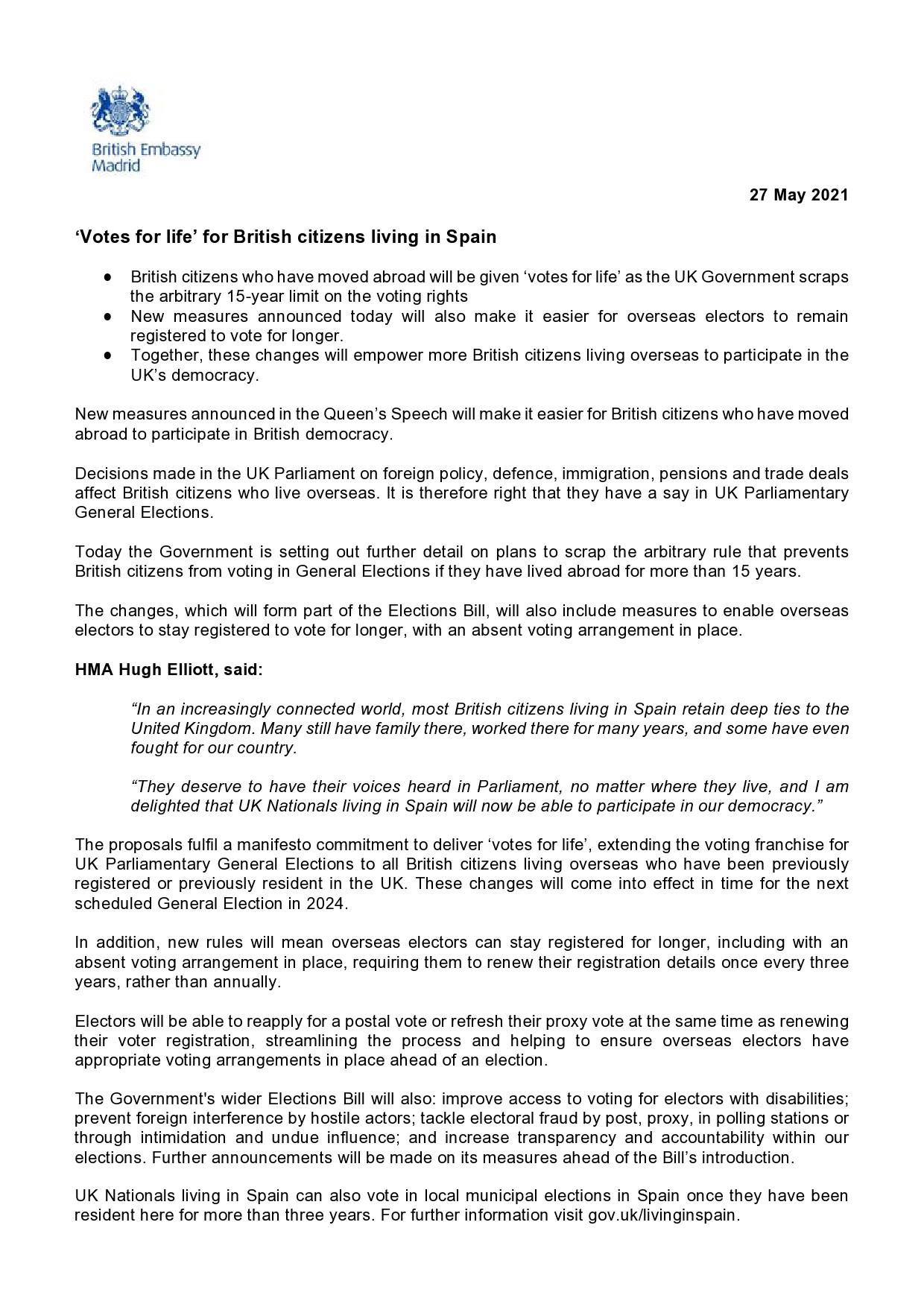 Since the 2010 General Election and each subsequent election, the Conservative party have pledged to repeal the fifteen year rule and provision was made in this year’s Budget in March.

In yesterday’s Queen’s Speech, as part of the Electoral Integrity Bill, the commitment to remove the fifteen year rule was announced. 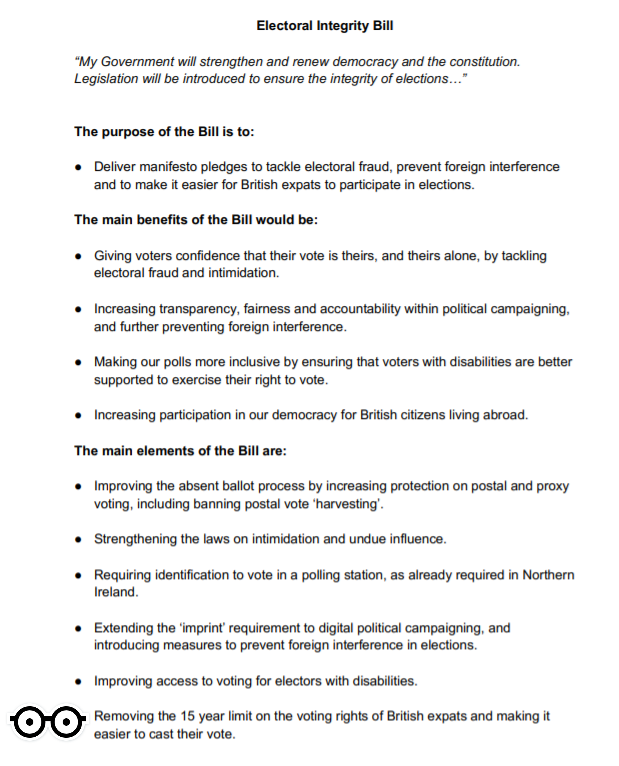 After months of inactivity, it seems the British government’s manifesto commitment – to scrap the 15-year rule – is finally taking a step forward.

The Electoral Integrity Bill – which includes the restoration of the democratic voting rights of millions of Brits abroad – will form part of this spring’s Queen’s Speech.

There was further good news in the Budget yesterday. If you look closely at the small print on page 48, you will find reference to additional funds set aside expressly for the purpose of securing our #VotesForLife

2.41 Overseas Electors – The government is providing an additional £2.5 million to remove
the limit preventing British citizens who live overseas from voting after 15 years.