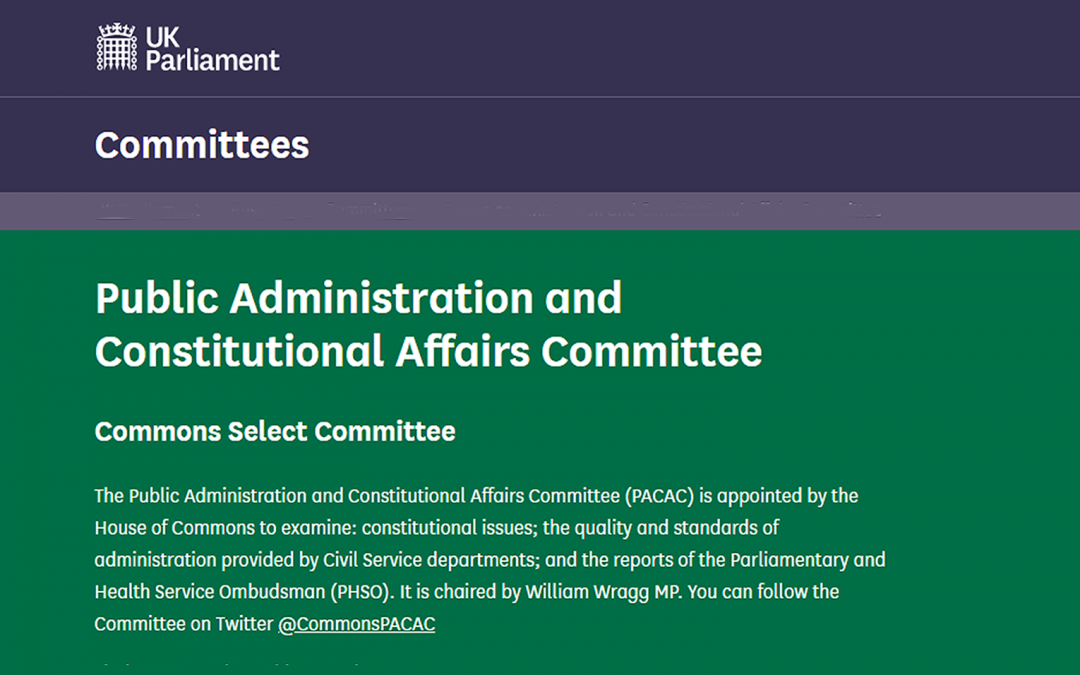 On Tuesday 7 September, the government’s Elections Bill returned to the House of Commons for the second reading. The Commons debate coincided with an evidence gathering session of the Public Administration and Constitutional Affairs Committee (PACAC) on the same subject.

The PACAC currently has 14 ongoing inquiries, of which the Elections Bill Inquiry is the latest.

You can watch the PACAC oral evidence session from 7 September here.

The next oral evidence session will take place from 8.55 a.m. on Tuesday 14 September.

Due to the controversial nature of the Bill, many individuals and organisations submitted written evidence to the committee, Bremain in Spain included.

You can access a full list of all the written evidence submitted, including from: Best for Britain, Brexpats – Hear our voice, British in Europe and Age UK here.

We thank everyone who contributed their thoughts on the government promise to remove the arbitrary 15-year voting rule for British citizens abroad. Whilst we agree that the majority of the Bill is undemocratic, we sincerely hope that this one positive element of the bill does not turn out to be the baby that gets thrown out with the bath water. We want our democratic voting rights restored – we just don’t want our re-enfranchisement to be at the expense of the disenfranchisement of others. We shall be following the progress of the Bill with interest.

You can read our Chair, Sue Wilson’s recent article on giving evidence to PACAC here.