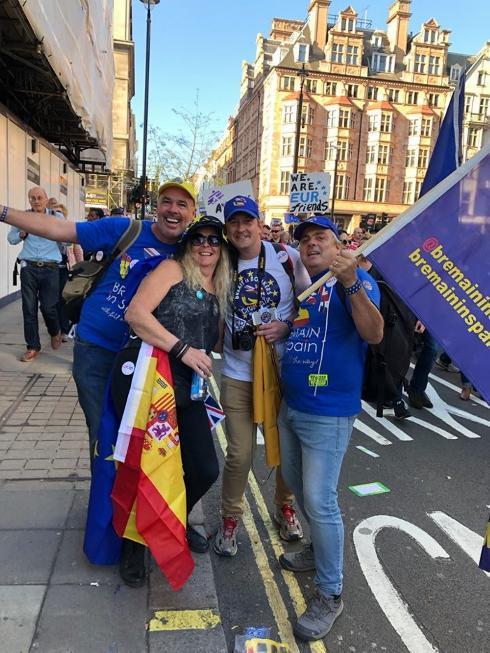 Brits living in Malaga and Granada provinces were among those who travelled to London from all corners of Europe and the UK for last Saturday’s People’s Vote march.

The march was organised by The People’s Vote campaign group which wants the government to hold a referendum on the final Brexit deal.

While no official statistics have been released, estimates range from 700,000 people to one million attending the event.

Pat Laing, who lives in Malaga, flew back to the UK especially for the march. She said, “I went because not a day has gone by since the June 2016 referendum when I haven’t been furious about the whole Brexit referendum campaign.”

She added that “the arrogant complacency of the Remain campaign, the lies, manipulation and the illegal funding of the Leave campaign, the effects of 40 years of negative narrative about the EU that the UK population have been fed, but most of all the risk to peace and harmony in Ireland that Brexit represents” all compelled her to be at what could well be the final protest of its kind before the UK leaves the EU, on 29 March next year.

Full story in The Sur