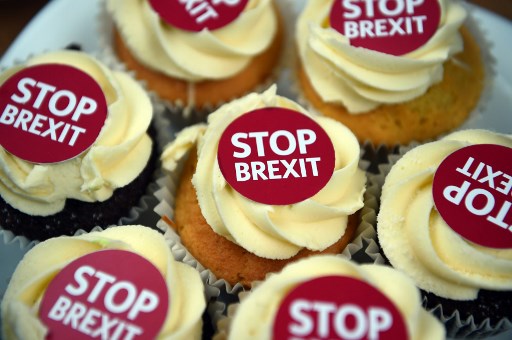 Sue Wilson Writes: ‘An act of self-harm’: What my Spanish neighbours think of Brexit

When it does arise in conversation with Spanish friends, colleagues or neighbours, reactions range from incredulous to sad, bemused to offended.

Initially, my Spanish friends reacted to the 2016 referendum result with shock and disbelief. They couldn’t understand how millions of British citizens could vote to leave a union of neighbouring countries that they, personally, value so highly. They felt that we Brits had committed a hugely self-destructive act, and for no tangible reason. No argument from me!

At the time, many Brits living in Spain, me included, had scant knowledge about the EU and its role in our lives. Many of us simply took the rights and benefits afforded by EU membership for granted. We were happy to enjoy our daily existence in Spain, oblivious to the political goings-on in the UK – events in Westminster would have little effect on our lives in our adopted homeland, or so we thought. How wrong could we be?

When I first started campaigning to stay in the EU, an important element of that task was to communicate information and advice about Brexit as widely as possible. Initially, my communications were aimed at the British community in Spain. I confess that often proved a difficult task with those that voted to leave, despite them having made their homes in Europe.

The biggest hurdle was the fact that so many of them said, and still do, that “nothing will change”. Apparently, the Spanish “need us”, we “support the Spanish economy” and “we’ll get what we want because we’re British”.

The very fact that around a third of British citizens who have made their homes in Spain, actually voted to leave the EU is one fact that the Spanish still cannot fathom – “turkeys voting for Christmas” is an English idiom well-known to our Spanish friends now.

The need to communicate information to our Spanish friends and neighbours, as well as to our British ones, became increasingly apparent. The first task was to ensure the general public here that we hadn’t actually left the EU yet. The second was to convince them that Brexit was not inevitable – a task that became a whole lot easier once we didn’t leave the EU in March, or April, as planned.

When travelling, I repeatedly had to explain the Bremain in Spain strapline, “Brexit is Bonkers!”, to Spanish fellow-travellers who spotted my luggage stickers. Translating the “Bollocks to Brexit” stickers was rather more straightforward!

With my own Spanish friends, the most important point to communicate was that the result of the referendum did not reflect my personal views, or the views of the majority of the British population. They were and are genuinely interested in gaining a better understanding of what’s happening and what’s possible. Now they follow everything I am doing on the campaign front with great interest.

Any Brexit-related discussion with Spaniards inevitably leads to the treatment of Spanish citizens in the UK – a topic that fills me with shame. Thankfully, none of our Spanish friends’ families have personally experienced the racist abuse reported in the media. However, some have cancelled plans to spend time in the UK, or to move there, as they don’t feel assured of a warm welcome anymore. With that in mind, some have opted for Ireland or another EU country instead.

Despite the sadness and confusion surrounding Brexit, the Spanish people haven’t changed the way they treat British citizens. Our Spanish friends still call us their “English family” – much to the amusement of my Scottish husband! They welcome us into their lives and homes and are proud of people who aren’t taking Brexit lying down. They want us to stay in the EU, and in their homeland.

Since moving to Spain 12 years ago, it has felt like my “forever home”. Now I’m more convinced than ever that my future is here – but not simply because Brexit has turned my birthplace into a country I no longer recognise, or can take any pride in.

Spain is my home because of the Spanish people – their culture, their way of life, their passion, openness and kindness. The language is special too – “¡Cojones a Brexit!” does have a certain ring about it.