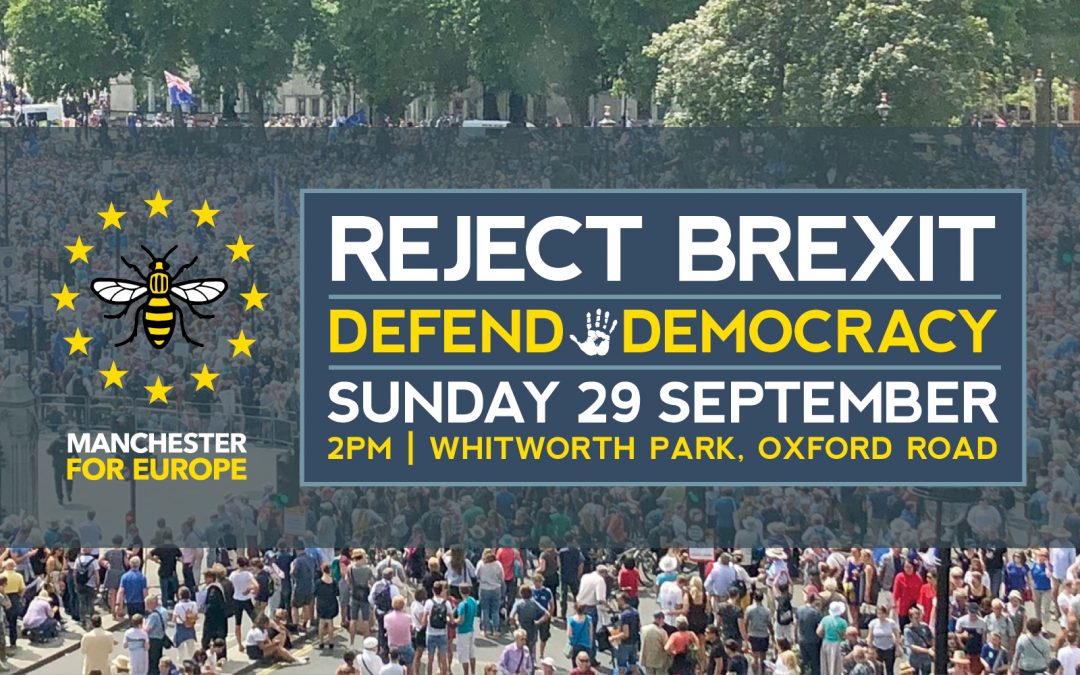 Sunday September 29 sees the ‘Defend our Democracy’ rally take place in Manchester and our Chair Sue Wilson has been invited to speak.

The ‘Defend our Democracy’ demonstration is grassroots led, born out of the March for Change on 20 July and the 36 demonstrations across the country that took place on 7 September. The event, in partnership with Manchester for Europe, calls for Britain to Reject Brexit and to respect the rule of law and our democracy. It is led by a coalition of eight pro-European organisations coming together at a time of national crisis, four of which were founding members of the People’s Vote campaign. This timely event will take place outside the Conservative Party conference.There will be speakers and activists from across the political spectrum; this is an issue that brings together people of all views and backgrounds.

It is bigger than party politics and strikes to the heart of our shared values and democratic culture. We are keen to unite rather than divide so we encourage speakers to use inclusive language that takes into account our broad church and the strength and breadth of support at the heart of our movement. The speakers will be a mix of politicians, activists and ordinary people who care deeply about the future of our country and believe staying in the EU is best for Britain. Some kept campaigning against Brexit when most members of the political elite had given up hope; others, including some who voted for Brexit in 2016, are newer recruits to our cause.

The key messages for the demo are as follows:

● This is a time of national emergency: Boris Johnson’s move to suspend Parliament
is a sign of desperation, not strength. The Supreme Court has ruled that it was unlawful,
showing just how low he is willing to go to pursue to push his Brexit through without a
mandate or due scrutiny. We are mobilising urgently on all fronts to defend our
democracy and institutions. This is no longer just about stopping a no-deal Brexit. The
UK is the home of parliamentary democracy. It’s our job to keep it that way.

● We are a Remain Country . Brexit is not the will of the people. Every poll this year has
shown a clear and growing majority for our EU membership.

● We can’t fix Britain if we fixate on Brexit. Politicians have wasted three years
arguing about Europe. During this time, the crisis in housing, schools’ funding and the
NHS have worsened. We can do better than this.

We will not just be saying “no” to Boris and “no” to Brexit. We will be saying “yes” to Europe. People will speak with passion about how we can fix the country’s real problems if we stop fixating about Brexit. The list of problems is endless – the NHS, the climate crisis, knife crime, child poverty, opportunities for young people, care of the elderly, social mobility, lack of investment in large swathes of our country for decades and so forth. We will have the money, time and power to fix these problems if we stay in the EU.

You can find more information about the event here. 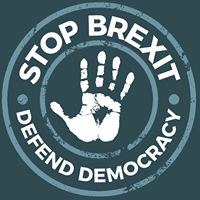