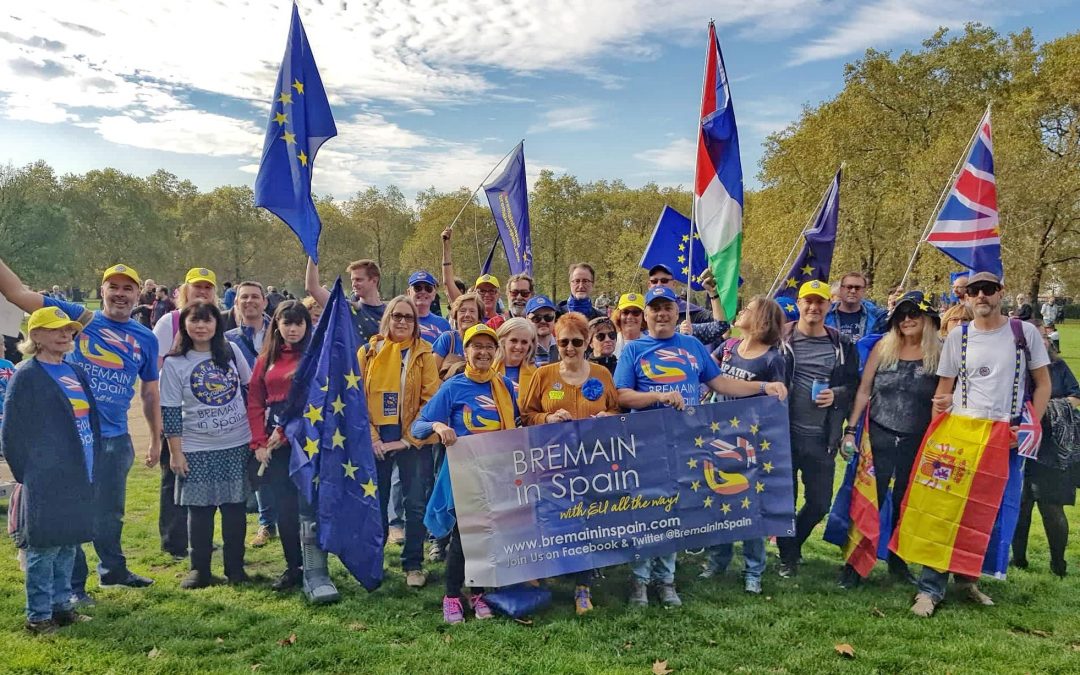 Members of the pro-second referendum Bremain in Spain group travelled from Spain to London for the Put it to the People march.

Group chair Sue Wilson told Euro Weekly News that it was the largest amount of members the group had taken to Britain for such a march.

“The turnout was fantastic and I think now the government is going to sit up and take notice. It created a lot of camaraderie,” Ms Wilson said.

“Everyone was in a good mood and there was no trouble. We hardly saw any police out expect outside of Downing Street,” she added.  Ms Wilson spoke to protests on the Number 10 Vigil stage, delivering a rousing speech according to Bremain in Spain.

Bremain in Spain member Pat Laing said she felt privileged to be part of a “peaceful and good-natured” march.  “Brexit is based on fear and nationalism. The best of human nature was on the streets of London on Saturday,” Ms Laing said.

Saturday’s march saw up to one million people take to central London to call for a second vote on Britain’s membership of the EU, according to estimates from organisers.