Sue Wilson Writes: Why Brits in Spain should care about the EU elections 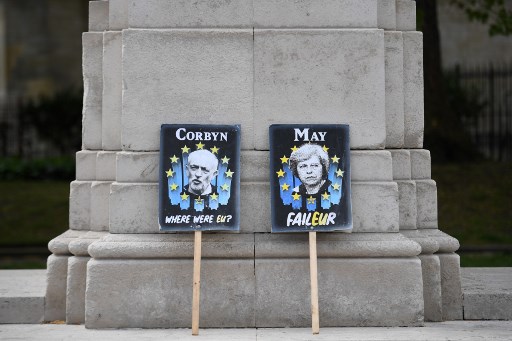 Before last week’s local elections in England and Northern Ireland, the Conservatives were preparing themselves for a big defeat. Most forecasts suggested a loss of around 800 seats, with the gloomiest predictions suggesting 1,000.

When the final scores were known, the humiliating loss of Conservative seats totalled 1,334, with the control of 45 councils lost. Prime Minister, Theresa May, responded by saying that the government realised the local elections were “going to be particularly challenging” and that Brexit was “an added dimension”.

Traditionally, mid-term local elections are an occasion when the public expresses some dissatisfaction with the incumbent government. At such times, you would expect the opposition party to do well at the government’s expense. However, despite the government’s terrible performance, the Labour party did not capitalise – rather than gain seats as expected, it lost control of five councils and 82 council seats.

The big winners were the Liberal Democrats, gaining 703 seats, and the Green Party, gaining 194. Despite the public voting in significant numbers to reject the main parties in favour of anti-Brexit parties, both Theresa May and Jeremy Corbyn seem determined to plough on with Brexit regardless.

Having witnessed the most humiliating government defeat in a quarter of a century, Theresa May clearly remains deaf to the voices of the British public and the many calls for her resignation. If the lost Tory votes had been gained by pro-Brexit candidates, and not anti-Brexit parties, May would be justified in claiming that the public wants the government “to get on and sort Brexit out”. However, this was far from the reality.

Jeremy Corbyn’s interpretation of events was also surprising, given the prevailing results. He claimed the results were “very, very clear” and that “a deal has to be done”.

Cross-party talks continue between Labour and the Conservatives to seek agreement on the Brexit deal. Last week, before the election results were known, May imposed a deadline – the middle of this week – on the cross-party negotiations. Despite reports that the talks are “positive and productive”, both sides accuse the other of unwillingness to compromise, so it’s difficult to see how a breakthrough could be made anytime soon.

The local election results may reflect the current voting preferences of the British public, but only provide a partial view. The elections only covered councils in certain parts of the UK and excluded some Remain strongholds, such as London and Scotland. Had those areas been involved, the results would probably be even more pro-European.

Another significant factor was the limited selection of parties available – especially the absence of Nigel Farage’s Brexit Party, which is currently topping the polls in the contest for Europe. The new Change.UK party (formerly the Independent Group) is also fielding many MEP candidates, but did not participate in the local elections.

Brits in Spain and throughout the UK couldn’t participate in the local elections but we can have our say on 23 May in the European elections. That is, those of us fortunate enough to retain our voting rights in the UK. While many have elected to use their vote here in Spain, others – me included – have chosen to vote in the UK.

If you’re eligible to vote, please ensure that you’re registered to do so. The deadline for registering online is close of business on Tuesday May 7th. CLICK HERE TO REGISTER:

Whether you voted to Leave or Remain, and whether you still feel the same way, don’t waste our limited opportunities to have a voice and a say. Brexit is an unmitigated disaster and we’re being poorly served by our government, which is deaf and blind to public sentiment on the biggest issue of our time.

Let’s ensure a good turnout at the European elections in the hope that Theresa May finally starts listening to the prevailing ‘will of the people’. Failing that, May won’t be around much longer. We can only hope that her replacement will have better hearing and eyesight.

Sue Wilson article from the The Local