Bremain in Spain and other ‘Brexpats’ lament High Court setback 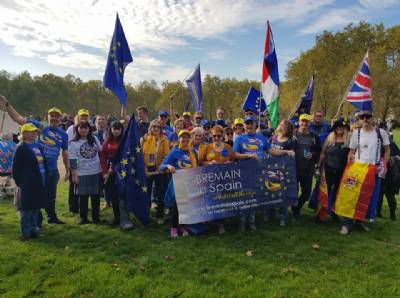 BRITISH expats living in Spain, Italy and France are deciding their next step after the UK High Court rejected their appeal against Brexit based upon ‘lies and corruption’ on the part of Leave campaigners.

Sue Wilson, co-founder of Bremain in Spain, along with Ellie Grayson and John Shaw, from France and Carole-Anne Richards from Italy are seeking for the result of the referendum on June 23, 2016 to be annulled due to illegal practices including overspending and misuse of statistics, for which the official Leave campaign has already been pulled up on.

The Office of National Statistics reportedly warned former foreign minister Boris Johnson over the ‘Leave bus’ claim strongly hinting that the £350 million per week the UK sends to the European Union would be used to fund the National Health Service (NHS), a statement which failed to mention that this is the gross figure, not taking into account rebates and grants.

Vote Leave broke its budget two days before the referendum, but continued to spend, which the Electoral Commission ruled illegal.