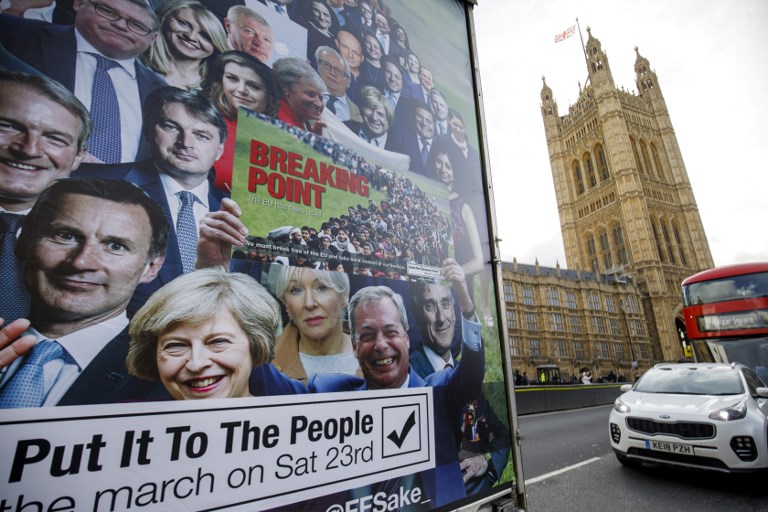 Sue Wilson Writes: Having a second Brexit referendum is the only way ‘to take back control’

Isn’t it high time we “took back control” of the referendum process to establish if leaving the EU really is the “will of the people”, argues Sue Wilson from Bremain in Spain.  Since the fateful day of 23 June 2016, I have never been able to respect the result of the Brexit referendum.

At first, my lack of acceptance was due to my reaction of shock, anger and sadness. It was then exacerbated by the emerging lies and misinformation of the Vote Leave campaign, which persuaded so many people to vote the way they did, through no fault of their own.
Over time, it has become increasingly clear that the people behind the lies and misinformation were complicit in breaking the law, including some senior members of government.
The Vote Leave Campaign were fined the maximum amount possible by the Electoral Commission, having exceeded legal spending limits, especially in the run-up to the referendum. Vote Leave was subsequently referred to the Metropolitan Police and National Crime Agency to answer possible criminal charges.
Several months later, we still await the outcome – or any news whatsoever – of those investigations.
Recently, I took Theresa May to court, through the UK in EU Challenge, to question the validity of the referendum result. The premise of our case, known as “Wilson vs. The Prime Minister”, was that the illegal activity renders the result of the referendum unsound, and that the Prime Minister made an error of judgement in activating Article 50 in the belief she was acting on the “will of the people”.

Our legal team believes that Leave’s overspend directly affected the referendum result and, even if it hadn’t, the result was still invalid.