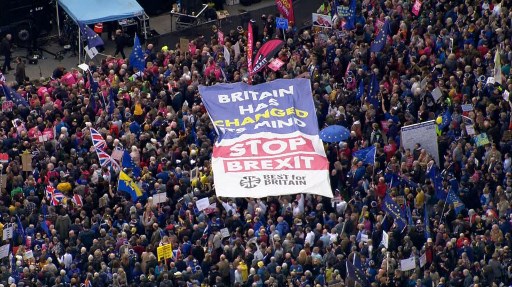 Sue Wilson Writes: Why a proxy vote is the best option for those expats with right to vote in UK election

Now that the general election campaign (yes, another one!) has officially commenced in Britain, it’s time to ensure you can cast your vote.

If you haven’t renewed your registration since the 2015 election, you must do so by midnight November 26th. However, we recommend not leaving this process until the last minute, as it will leave insufficient time to apply for a postal or proxy vote.

Based on previous experience, I would strongly recommend applying for a proxy vote, if you cannot vote in person. During the referendum, the 2015 general election and the recent European elections, many people who relied on postal votes were badly let down.

Either postal forms weren’t issued in time to be completed and returned before the deadline, or not issued at all. After the European elections, some local authorities openly admitted that they had failed to comply with postal vote requests.

Around 60 percent of British citizens overseas are already disenfranchised because of the 15-year voting rule. This is a sore point for people who are being forced to live with decisions that affect their lives, but over which they have no say.

For those who still have their democratic voting rights, it’s infuriating to have them removed by a UK council that has failed to issue postal ballots to overseas voters.

Those with no experience of proxy voting often assume that you need to find a friend or family member living in your local constituency to act on your behalf. While that is certainly one option, there are others. My personal method – and a popular one – is to have my preferred candidate do the work for me.

Once your name is on the electoral register in your former constituency (the address where you last resided in the UK), you can apply for a proxy vote. This is an easy process which can be started online. However, your ‘hard copy’ form must be received by post by your local Electoral Registration Office by December 4th (and beware the UK pre-Christmas post slow-down and planned postal strike).

When you’ve decided on your preferred political candidate, and have been granted a proxy vote, you can approach the local constituency office of your chosen candidate. The office will assign a proxy for you and, clearly, they have a vested interest in ensuring that the process works.

For the disenfranchised, there are still ways to be heard in this election. You can encourage friends and family members, in Spain and the UK, to register and vote. You may have young family members who’ve never voted and don’t know how. For example, students may not be aware that they can register to vote in their home town and their university town. They can only vote once but registering in two different places gives them more flexibility when the time comes.

It remains to be seen whether “Votes for Life” – the former Overseas Electors Bill – proceeds into any party manifestos, but we live in hope. Bremain in Spain will continue to campaign to have voting rights restored to all overseas voters. In the meantime, if you can vote, please do so. You’re not just voting for yourself but for the hundreds of thousands of people who cannot vote in this election.