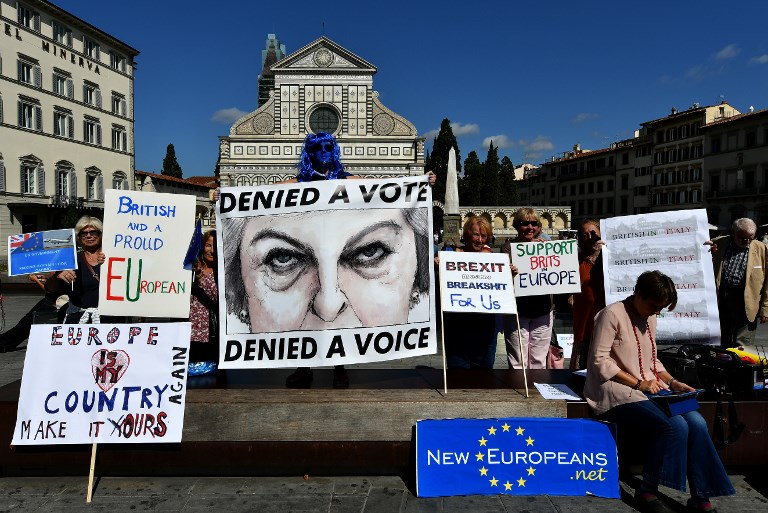 Sue Wilson Writes: Brits in the EU have been silenced too frequently and for too long

Having been denied a vote in the Brexit referendum, the thoughts of many Brits in Europe are now turning to a possible second vote. Sue Wilson from Bremain in Spain explains why a new campaign has been launched.

On Friday April 5th, a new campaign was launched to give full voting rights to 10 million disenfranchised British and European citizens.

The “Let Us Vote” campaign launched by film director, Mike Leigh, was supported by 14 politicians from both houses of parliament, including MPs David Lammy, Layla Moran and Clive Lewis. Further support comes from citizens’ rights and anti-Brexit campaign groups including British in Europe, the 3 Million and Another Europe is Possible.

Bremain in Spain, and other citizens rights’ groups, have been campaigning for ‘Votes for Life’ for many years, although for considerably less time than 97-year-old, Harry Shindler, MBE, who has been campaigning for over 20 years. Ever since the Conservative party committed to the restoration of voting rights to disenfranchised Brits, we have been hopeful, patient and a little sceptical.

The government’s commitment to resolving this issue was announced in the Queen’s speech of 27 May 2015, shortly after the general election. David Cameron made a manifesto commitment to restore voting rights to citizens living outside the UK for more than 15 years. A further commitment was made in the 2017 Conservative manifesto, with a promise to restore our voting rights before the next (scheduled) election in 2022. We now have a Private Members Bill – The Overseas Electors Bill 2017-2019 – sponsored by Glyn Davies MP.

The Bill has made slow but steady progress through parliament. I personally attended two of the debates in the House of Commons, including the last one on March 22. Unfortunately, at its’ last appearance for the Report Stage, the bill was filibustered by a Tory MP who sought to wreck its progress by talking it out of time. The bill is now ‘adjourned’, and the only subsequent response from the government has been that it “remains committed” to ending the 15-year limit.

The lack of a say in the 2016 referendum, and the snap election of 2017, has been a cause of great concern and annoyance for those affected by the results. British citizens have been greatly impacted by the referendum result and, as with EU citizens in the UK, have lived with fear, anxiety, stress, rage and depression. It’s bad enough to suffer those effects, but to have had no say in the process adds salt to the wound.

Mike Leigh expressed our feelings at the launch of the ‘Let us vote’ campaign.  He said: “The outcome of the next few weeks in politics could determine the course of our lives for decades to come. But many of the people who are most affected by the current situation – migrants living in the UK, and UK citizens living abroad – have never been offered the chance to have a stake in our democracy. Whatever our views on Brexit and party politics, we are united in the belief that it is fundamentally wrong that so many millions of people whose lives will be deeply affected by developments at Westminster are currently denied a vote.”

Having been denied a vote in the last referendum, our thoughts are now turning to the next one – a People’s Vote – which seems increasingly on the cards. Even with sufficient political will and a strong wind, it seems unlikely the bill will pass in time to give us a vote. All the more reason to welcome this new campaign and to give it, and its’ sponsors, our full support.

Brits in the EU have been silenced too frequently and for too long. Whether it’s our inability to take advantage of our democratic voting rights, or to have our voices heard by the British government and the media, we will not stay silent. As stated on our banner at the recent ‘Put it to the People’ march in London, it’s time to ‘Give us a Voice, Give us a Vote, Give us a Final Say’. These are our futures we are talking about – time we had a stake in them.

The full article in The Local