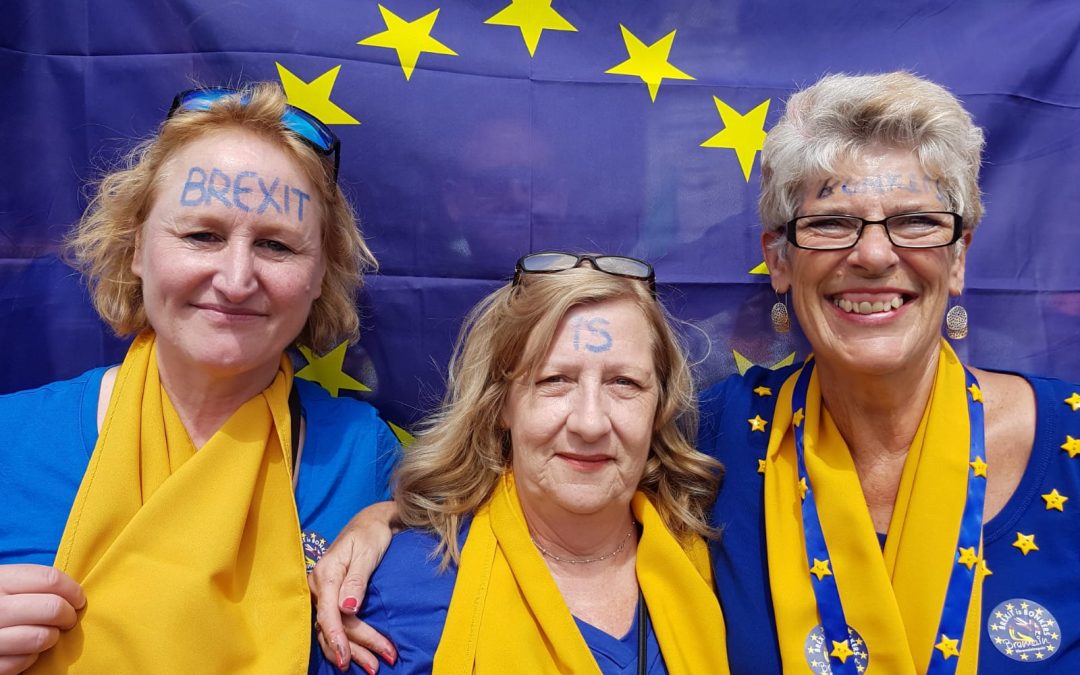 Sue used it as an opportunity to set up meetings with some of our partners and friends and here is her daily journal:

I started my day in Westminster having lunch with Peter French, director of Reuniting Britain. Peter & I have become close friends over the last 2 years, & he has invited me to speak at 3 marches over that time – in London, Manchester & Leeds. Peter has now asked me to speak at his next big event on 20th October 2018 & gave me an update on how his plans for the event are developing. Although October sounds like a long way off, at the time of writing, it’s actually only 17 weeks away, so the plans are already well developed.

Most of the action is under wraps, but I can tell you that this event will be much more than a march & a rally. In fact it will be a whole day of events, starting with a pan European/British village of stalls, with food from all over Europe, starting at 10.00 a.m. The rally, with an incredible list of speakers will be from 12.00 until 2.00, followed by a march on parliament in Westminster. The rest of the afternoon will be full of surprises – a visual extravaganza, the like of which you will never have seen before. 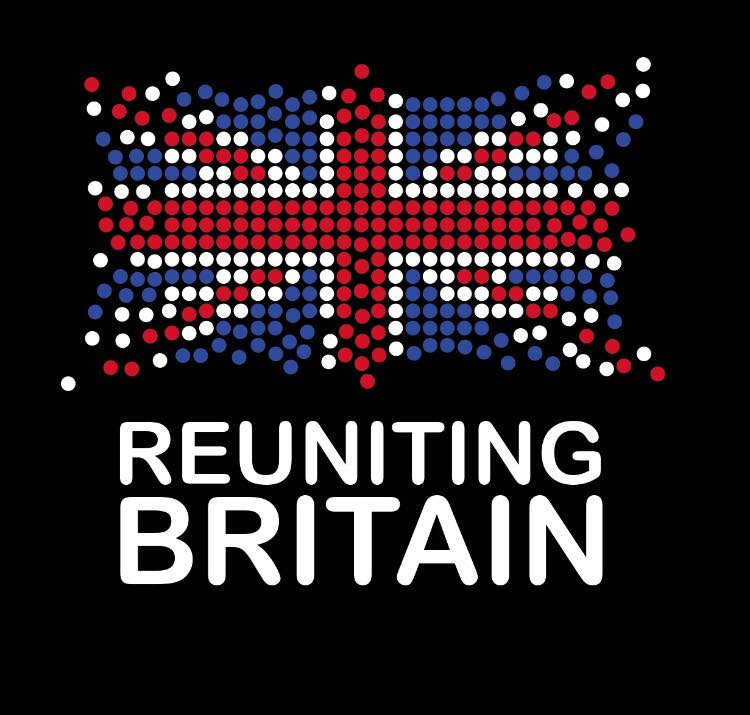 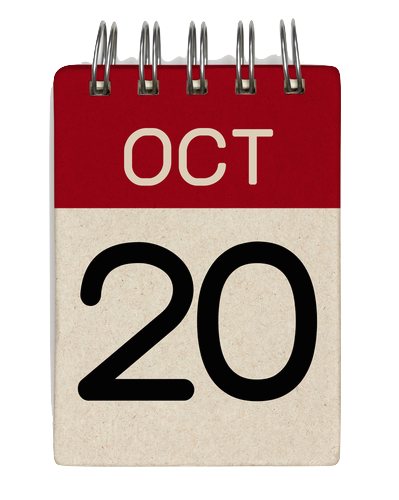 In the afternoon, I visited the SODEM protest outside parliament to support Steven Bray in his daily protest. It is always encouraging to hear support from passing pedestrians, cyclists & drivers, whether it’s a cheer, a toot or a “Stop Brexit” shout, though Steve’s oft-heard chant would be hard to beat. The House of Commons was taking a day off today, so we didn’t have any politicians visit us. However, Steve is quite the celebrity in parliament now with members of both Houses regularly popping over to say hi & show their support. His dulcet tones are often heard above the debates inside too! 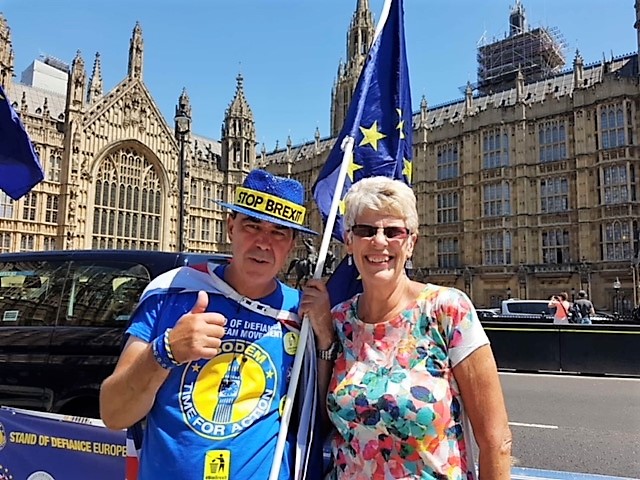 I had been looking forward to this day for weeks, & the #PeoplesVote march did not disappoint! It was wonderful to be joined by Bremain Council Members Susan Scarrott & Elspeth Williams, & we had new Bremain flags & stickers made especially for the occasion, featuring our new slogan “Brexit is Bonkers”.

The turnout for the march was fantastic, with over 150,000 taking part. It was the biggest march that I had ever attended, proving categorically that Remainers have yet to “get over it” & that we are not giving up the fight anytime soon. 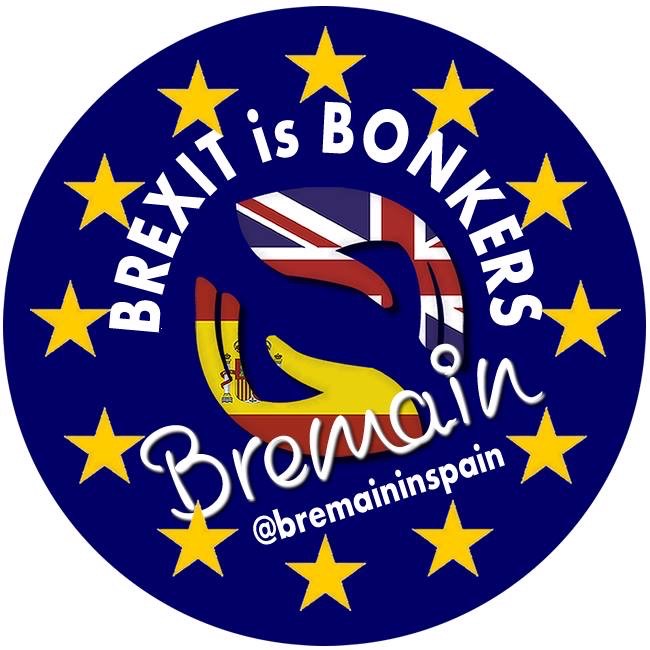 There were some excellent, passionate speeches, most especially from Caroline Lucas, Tony Robinson, David Lammy & Anna Soubry. Unfortunately, due to the size of the crowd, we did not make it to the rally venue in time to catch the start, so we missed Gina Miller’s speech. 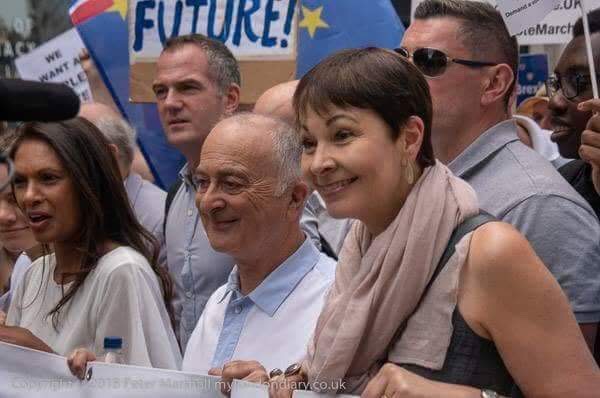 It was a pleasure to march with so many fellow Bremain in Spain members, who had travelled from all over Spain, but also from Italy, France, Germany & Portugal. It was also clear from the comments & thanks that we received on the day that our reach extends well beyond Spain, even beyond Continental Europe to the UK. It was also a privilege to march with other groups from Europe, such as Brexpats-HOV, RIFT & British in Europe, & with EU citizens groups In Limbo, the 3Million & Españoles en Reino Unido. 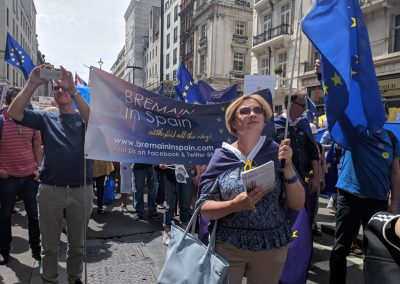 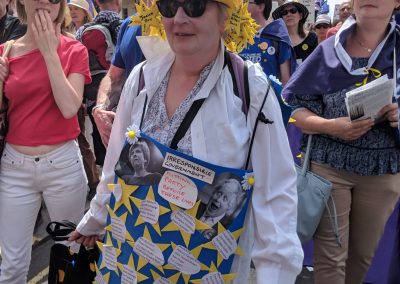 Barbara Leonard and her amazing outfit! 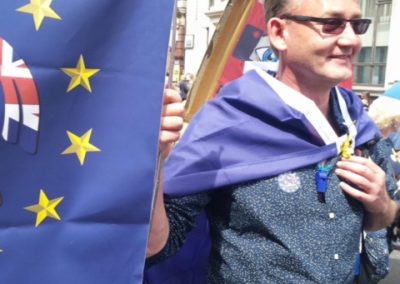 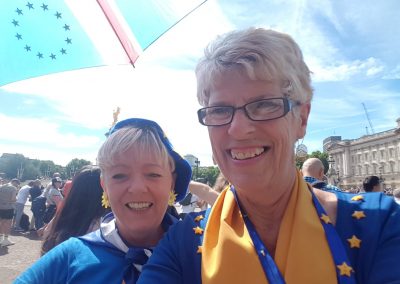 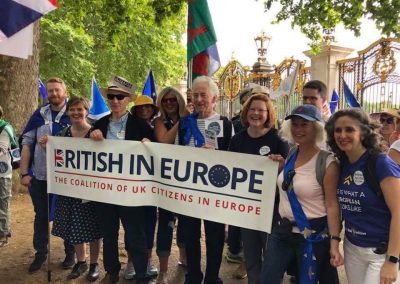 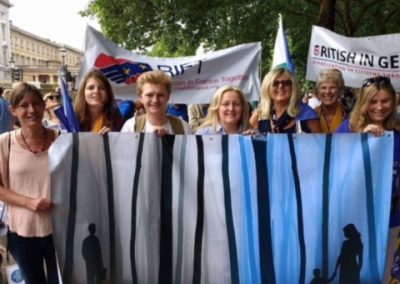 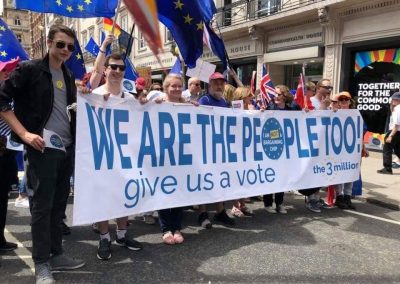 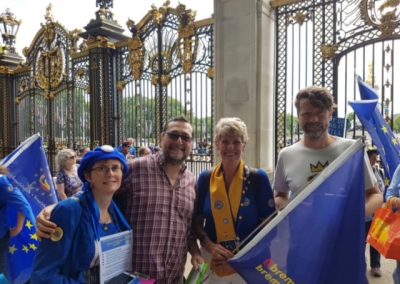 For further information about the march & to view our photo gallery, here’s the link to our #PeoplesVoteMarch special on our website:

Can’t wait for the next one now! With what is being planned, it’s going to be even bigger than this one. Get the date in your diary now – Saturday October 20th in London is not to be missed!

My second trip to London was to attend meetings with Best for Britain’s CEO Eloise Todd & Tom Brufatto, Chair of Britain for Europe.

Eloise & I discussed how we can work more closely together & brought me up to date with their latest campaign plans. They are targeting specific constituencies & I’ll be checking with our own lobby group whether any of our devoted lobbyists happen to hail from those particular constituencies. Eloise is also going to provide me with a copy of their new manifesto. Eloise has kindly agreed to feature in our July newsletter, so I will be asking Bremain members to submit questions shortly. 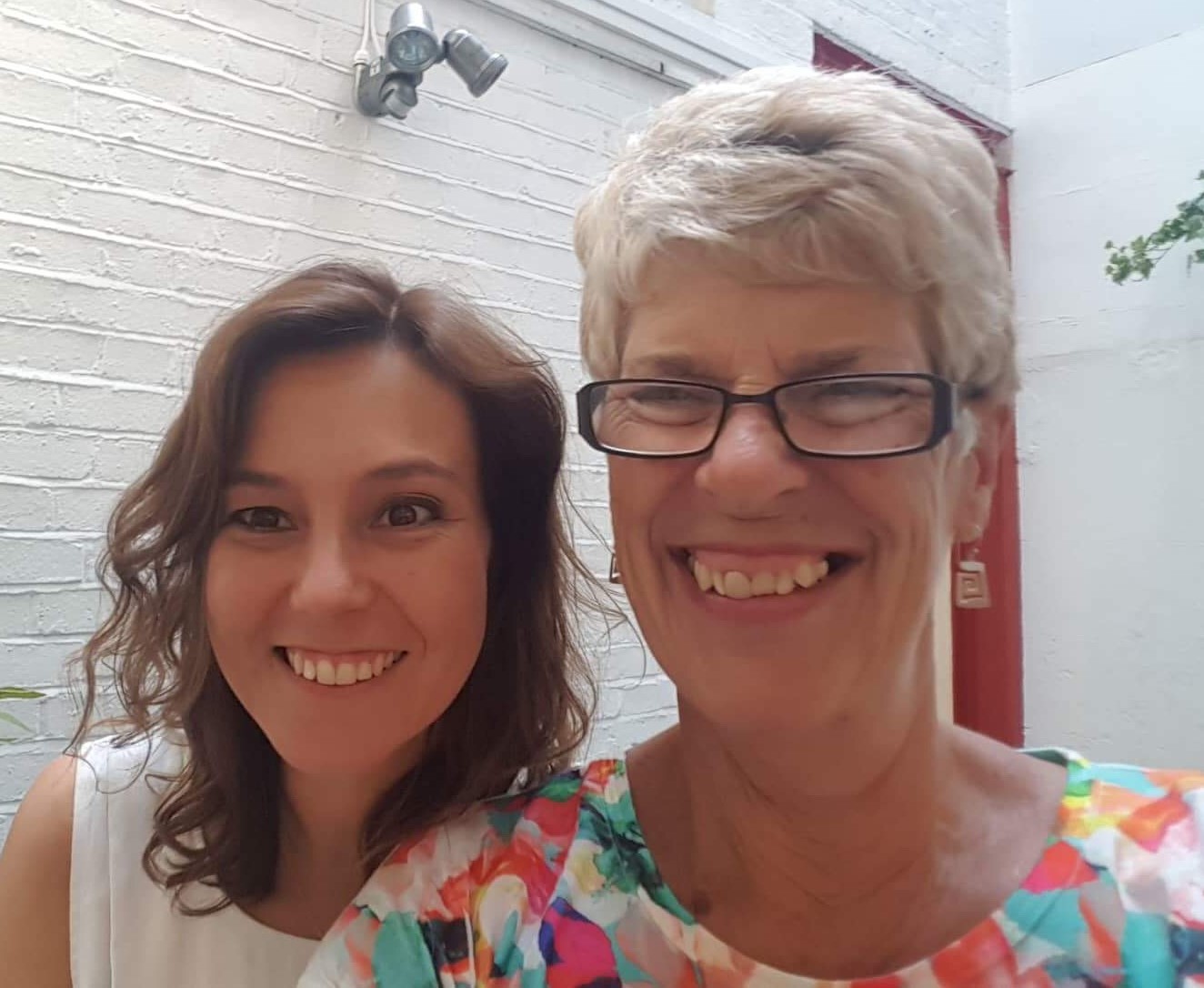 On my way to my next meeting, I dropped in to SODEM to say hello to Steven Bray. While we were chatting, he spotted a film crew on the green, so we wandered over to see who the interviewer & interviewee were. It turned out to be Faisal Islam of Sky News interviewing MP Greg Hands, who had just resigned over Heathrow’s 3rd runway proposal. I managed to film part of the interview, while Steve flag-bombed them live on Sky News. I hung around in the hope of a selfie (with Faisal, not the Tory MP, I hasten to add!), & was rewarded, not only with a selfie, but with a chat about Brits in EU. He seemed genuinely interested, said this was a subject that was not going away, asked for my card & said he would be in touch. Steve even managed to film most of the conversation. When I later bumped into Faisal again in the café where I had lunch, I was starting to worry that he would think I was a stalker! What an unexpected pleasure & what a nice guy. 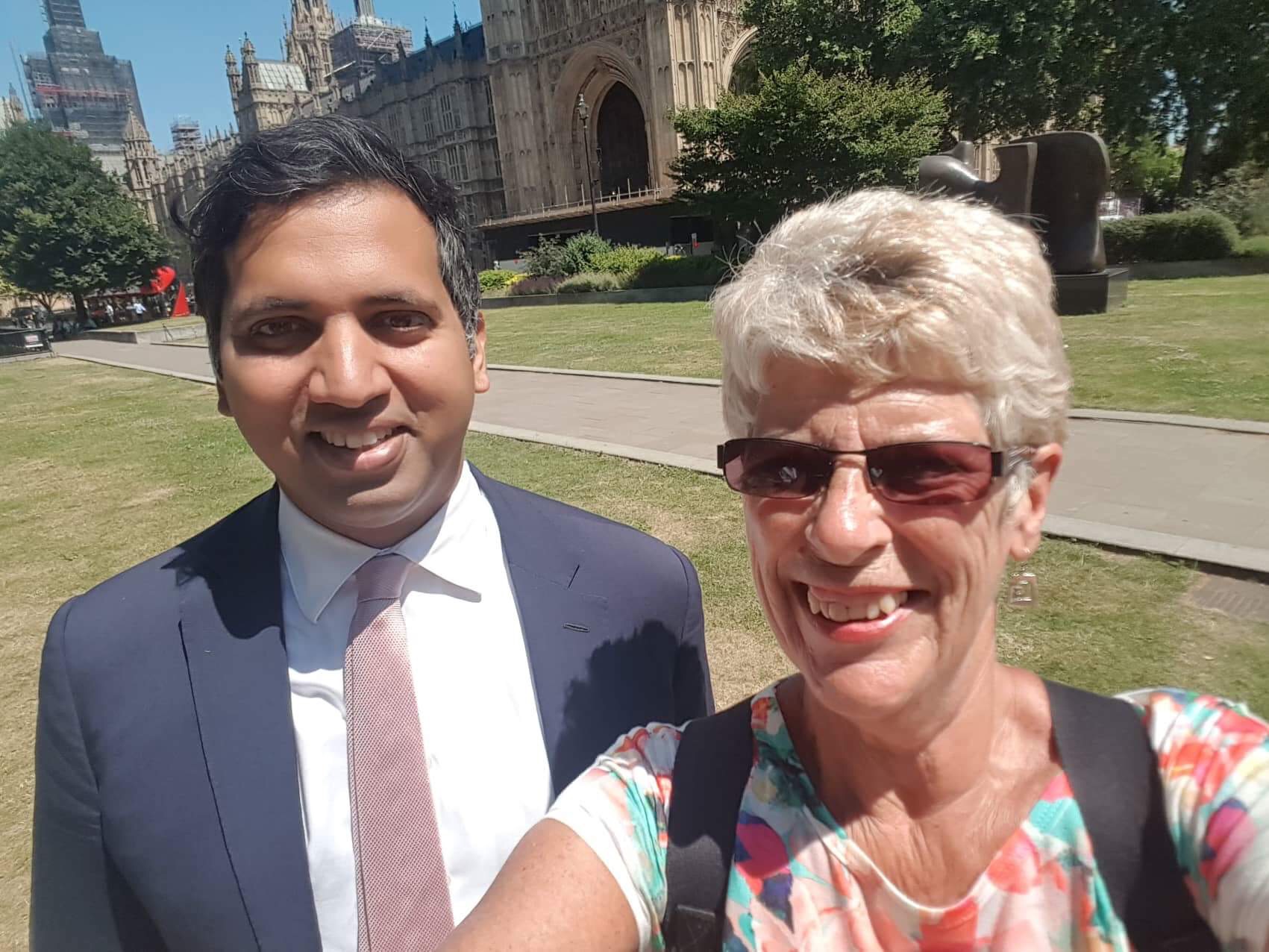 My meeting with Tom Brufatto was at the #PeoplesVote Campaign headquarters in Millbank Tower – an office suite shared by all the groups collaborating on the campaign, such as European Movement, Open Britain, Scientist for EU & OFOC! They are currently taking stock after the hugely successful march, & their petition, which was only launched on the day of the march already has over 165,000 signatures. After the success of the march, & the widely reported chants of “where’s Jeremy Corbyn?”, Labour are now under enormous pressure to come out in support of the campaign for a #PeoplesVote. We are all watching closely to see what they will do next. The focus over the next few weeks will be at local level, so taking the fight back to grass-roots. I am going to get more personally involved over coming weeks too – more news on this soon. 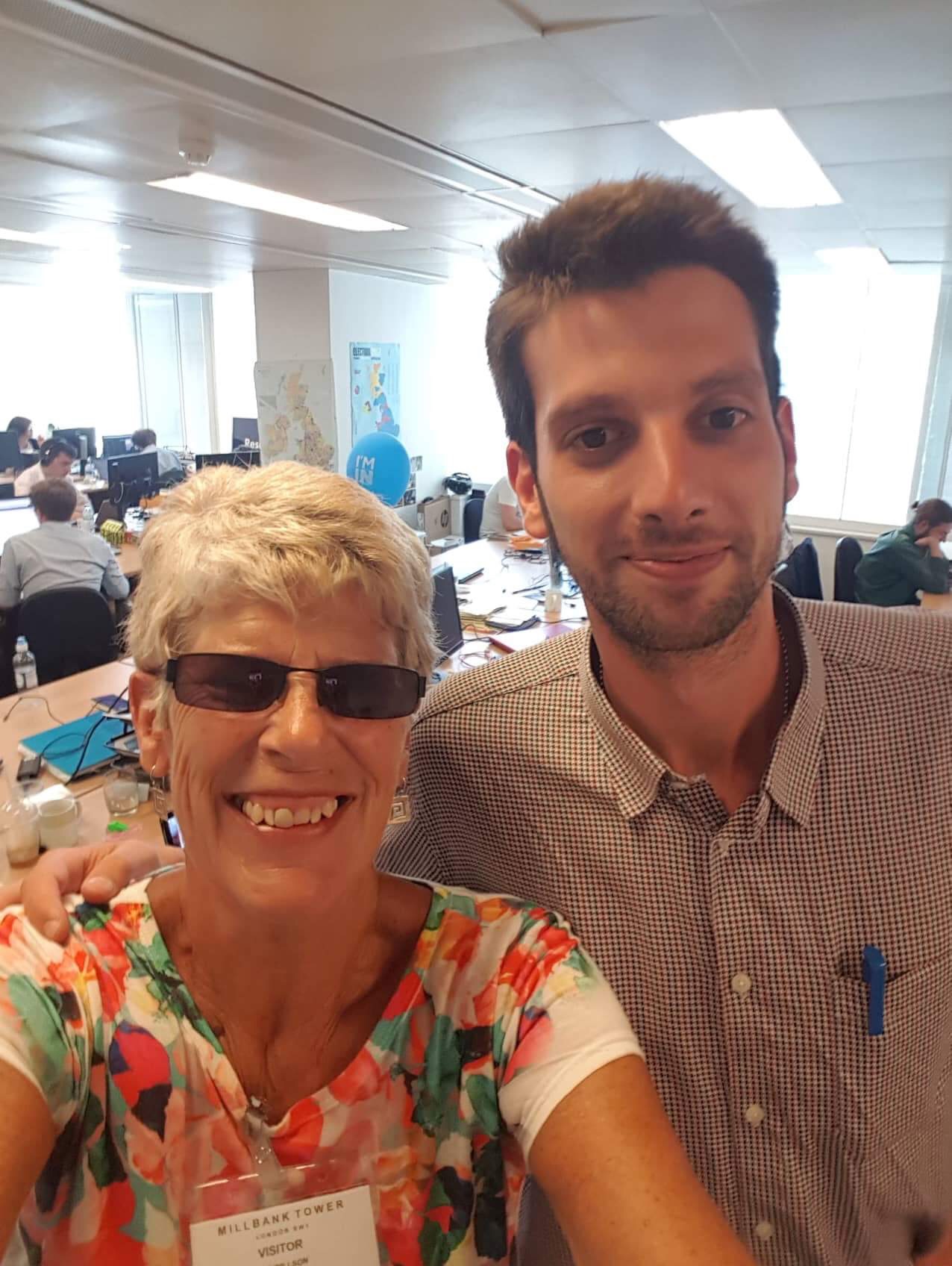 Making the most of the heatwave, I met with Elena Remigi of In Limbo, at a pub on the river in Cookham, in Theresa May’s constituency. The 2nd book in the series, In Limbo Too, was released on Saturday & is the testimonies of Brits living in the EU, many of them from Bremain members. My own testimony is also in the book, in the final chapter entitled “Hope”. Now the book has been published, Elena is busy raising funds to print copies for distribution to politicians. If this 2nd book is anything like as influential as the first, which contained EU citizens testimonials, then our voices may finally be listened to.

A special thank you to Elena who presented me with copies of both books, including a lovely dedication to Bremain members – I will cherish it. 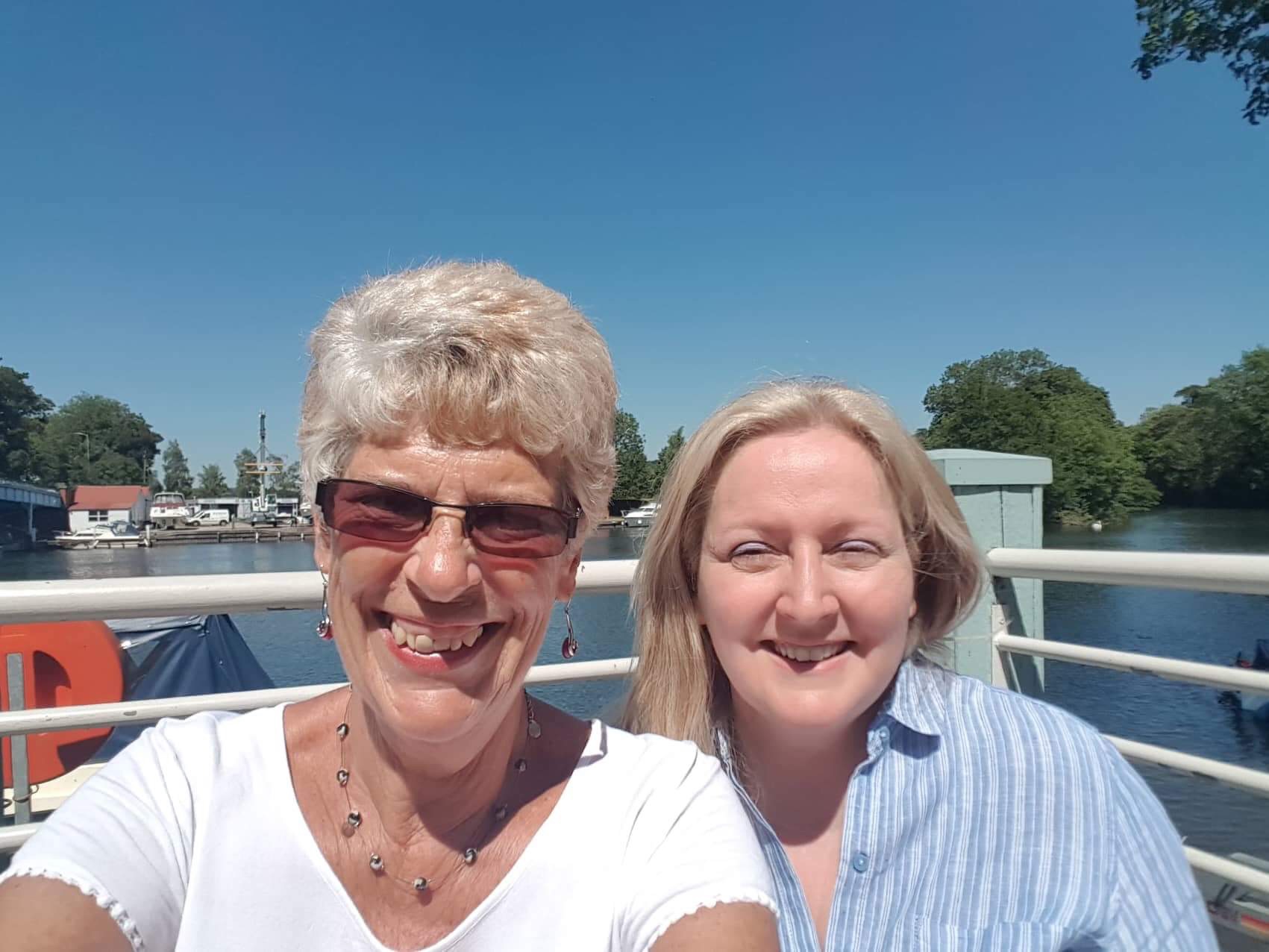 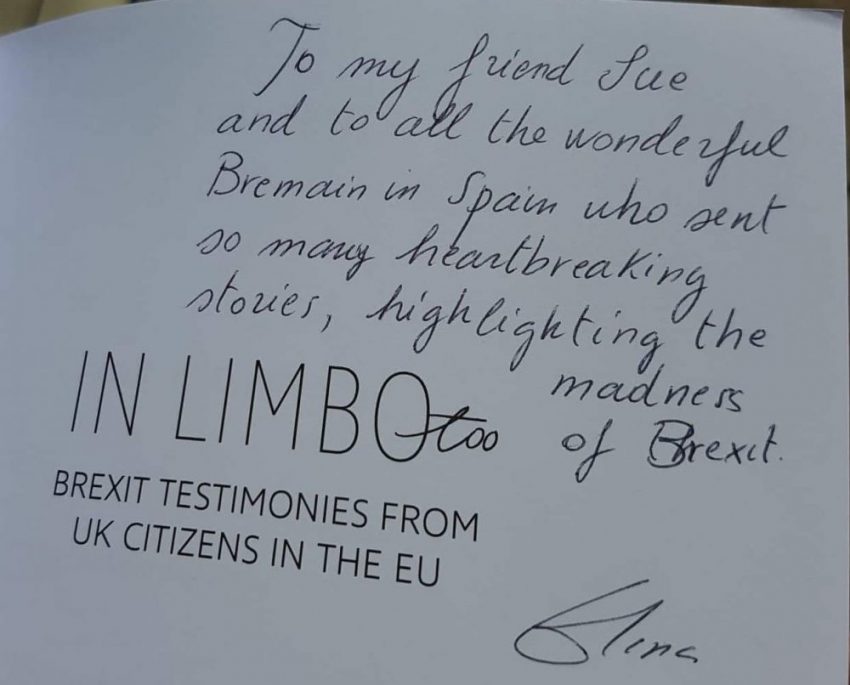