Bremain Bares All for Charity! 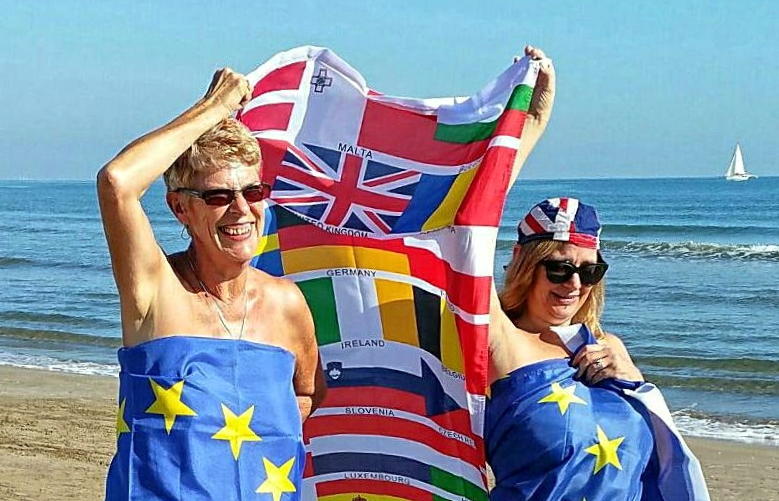 Several members of Bremain in Spain recently took part in a calendar shoot at a Valencia beach, to raise money for an anti-Brexit campaign. The photo shoot depicted group members clad only in European flags. Bremain in Spain will represent the month of August, and other pro-Remain groups will make up the remaining months of the year. The calendar girls and boys are all appropriately – or, perhaps – inappropriately dressed!

Thank you to Rebecca, Sue, Gemma, Jackie and Marcela for being brave enough to take part.