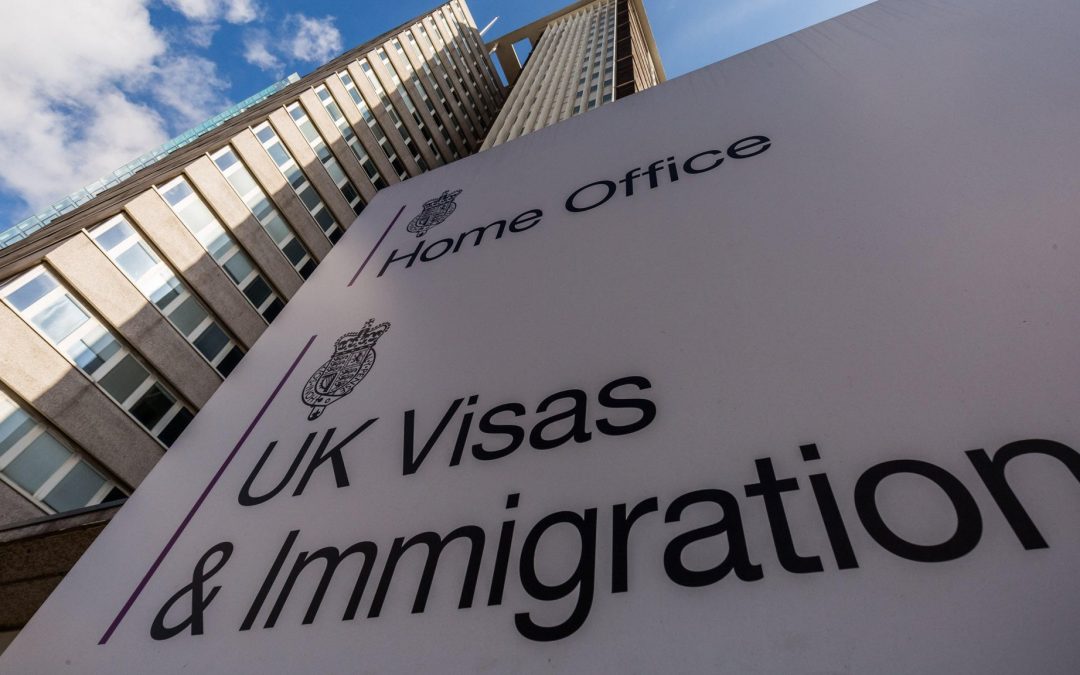 In response to the recent news that 100 deportation letters had been issued, by the Home Office in error, to EU citizens in the UK, British in Europe & the 3Million issued this response. Bremain in Spain is one of the UK Citizens groups that make up the British in Europe coalition. 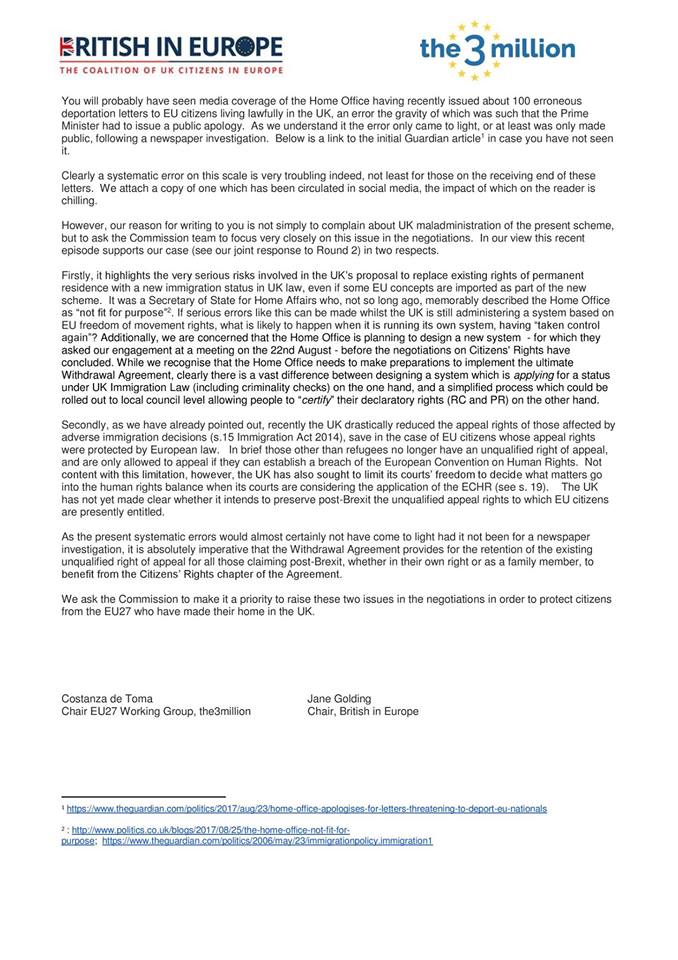 Campaign groups representing EU citizens seeking to protect their right to remain in the UK after Brexit have warned they will reject any deal that gives the Home Office a say in their future.

Grassroots campaign groups across the UK and Europe wrote to EU negotiators on Monday to say the Home Office “cannot be trusted” following last week’s debacle when the department mistakenly sent up to 100 letters to EU nationals living in the UK ordering them to leave the country or face deportation.

“If serious errors like this can be made whilst the UK is still administering a system based on EU freedom of movement rights, what is likely to happen when it is running its own system, having ‘taken control again’?” asked British in Europe, a coalition of 11 citizen campaign groups across the EU and the UK.

The3million, which campaigns for the rights of EU citizens settled in the UK, said it was also informing the government it was officially opposing the offer of a new immigration category of “settled status” post-Brexit.

This had been described as a “fair and generous” offer by the prime minister in June.

Nicolas Hatton, the co-founder of the3million, said: “We talked to some of the EU citizens who received these letters. It was a terrifying experience for them. We have tightened up our policy over the summer and we have decided we have no option but to oppose the settled status on offer.

As the third round of Brexit talks got under way in Brussels, British in Europe told EU officials that the purpose of the letter was not simply to complain about UK maladministration, but to ask the commission to “focus very closely on this issue in negotiations”.

The Home Office apologised for its error, but British in Europe says the blunder highlights the risks of being at the mercy of the department after Brexit.

The group says it wants the government and the EU to agree that EU citizens can continue to have permanent residency rights that flowed from the EU treaty that also allows British citizens in Europe to live in other member states.

It is also opposed to the application process for settled status and want their rights to be automatically rolled over to the post-Brexit era.

“The British government have pretended for a long time now that they care about EU citizens. We are seeking guarantees for our lifetime, not one, two or five years.

“The ‘settled status’ on offer would give the Home Office extraordinary powers and after last week’s maladministration it is plain to see they cannot have a role here because there is no way the Home Office can guarantee those rights,” said Hatton.

British in Europe, which includes groups representing Britons living in France, Spain, Germany, Belgium and Holland as well as the UK, told EU negotiators in its letter that while it recognised that the Home Office needed to make preparations for withdrawal from the bloc, it did not see why they had to be treated as fresh immigrants under immigration law.

It has suggested that local councils can simply certify EU citizens who are already settled, doing away with a need to apply for immigration status under the Home Office, which runs a “hostile environment” approach to non-EU nationals wishing to enter the UK.

“Clearly, there is a vast difference between designing a system which is applying for a status under UK immigration law (including criminality checks) on the one hand, and a simplified process which could be rolled out to local council level allowing people to ‘certify’ their declaratory rights (RC and PR) on the other hand,” said the letter to the EU.

The British proposal, it says, would also mean EU citizens, who currently have the right to enter and work in the UK, would have a limited right to appeal against Home Office decisions.

“Recently, the UK drastically reduced the appeal rights of those affected by adverse immigration decisions (s.15 Immigration Act 2014), save in the case of EU citizens whose appeal rights were protected by European law,” said the letter.

“Settled status would mean the application of complex UK immigration law procedures to all 3 million, the loss of their existing rights and no guarantees that serious errors, similar to the letters sent last week, won’t happen again.

“There is nothing preventing the British government and the European Unionagreeing to continue the current permanent residence system, albeit with a fairer and simplified application system so that all 3 million EU citizens can apply in confidence with the guarantee they will be able to continue to live their lives as now over their lifetimes,” said British in Europe.

Read the Article in the Guardian HERE