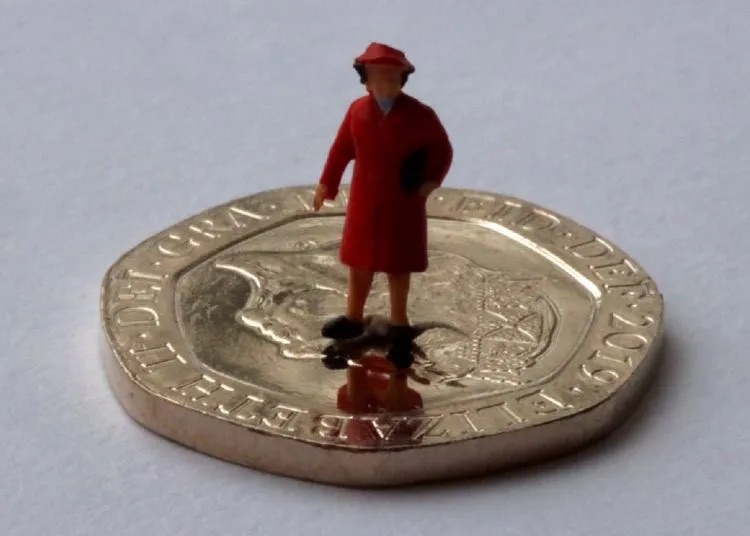 The triple lock on pensions has been a long-held Conservative Party commitment and manifesto promise. But not any more it seems.Bremain Chair Sue Wilson MBE writes for Yorkshire Bylines.

Whilst financial markets may have felt some relief at the arrival of Jeremy Hunt, the new chancellor, British pensioners are fearing the worst. It seems that, for the second year running, the triple lock on pensions could be at risk. The chancellor refused on Tuesday, in front of both the media and parliament, to “commit to anything” or to make any promises. His comments were being backed up, at least on the day, by Prime Minister (for now) Liz Truss.

The triple lock on pensions has been a long-held Conservative Party commitment and manifesto promise. The lock commits the government to upgrading state pensions annually by 2.5%, average earnings, or inflation, whichever is the highest. However, the last annual review – effective from April this year – saw the triple lock downgraded to a double lock.

Boris Johnson’s government claimed that the cost-of-living crisis was to blame – all down to Covid and no mention of Brexit, of course. Despite considerable outrage at having the inflationary element of the lock removed, Johnson rode out the storm with a promise of a return of the triple lock next year. It would now appear that both Truss and Hunt may have other ideas.

Chancellor Jeremy Hunt refuses to confirm the return of triple-lock on the state pension, which is 21% of average earnings.

On Tuesday, Labour’s Emma Hardy asked the chancellor for confirmation that the state pension would rise with inflation next April. Hunt said he was “very aware of how many vulnerable pensioners there are and the importance of the triple lock” but would not be making “any commitments on any individual policy areas”.

The cost of inflation

When the inflationary element of the triple lock was abandoned this year, state pensioners saw their income rise by just 3.1%. At that time, the Consumer Prices Index (CPI) was recording inflation at 9%. With anticipated rises in fuel and energy costs this winter, inflation is expected to continue to climb. Just this week, the CPI rose to 10.1%, according to the Office for National Statistics. The Bank of England expects inflation to reach 11% by the end of the month.

US financial services firm Citi is predicting that the CPI will reach 18% in the first quarter of 2023, while the retail prices index could climb to 21%. Meanwhile, the International Monetary Fund believes the UK will have “the most persistent high inflation in the G7”

Over 12 million pensioners receive a British state pension, and the population is ageing. Like other vulnerable groups, whether working or not, any failure to increase income in line with inflation is going to hurt. With the energy and cost-of-living crises, many are already having to make difficult decisions about where to cut back, such as choosing between heating or eating. Without inflationary increases to wages, benefits and pensions, many more will fall into poverty.

The fact that the UK state pension is pitifully low by comparison to other industrialised nations only adds to the problem. The basic state pension in the UK, for those who have made full national insurance contributions, is just £141.85 per week. As a percentage of average wages, the difference between our state pension and that of other countries is stark. According to the Organisation for Economic Cooperation and Development (OECD), a typical British worker’s pension equates to just 29% of average wages. Compare that to Japan (40%), USA (49.1%), Germany (50.5%), France (74.5%), Spain (81.8%) or the Netherlands (100.6%) and you begin to understand how far Britain lags behind.

🔥🔥🔥 from Baroness Altmann on @LBC on the idea the pensions triple lock could be scrapped.

“It’s something I think pensioners wouldn't forgive the Government for.

“This is for many people the only money they have. It is about the lowest state pension in the developed world."

Meanwhile, as British state pensions shrink in real terms, MPs are quite happily awarding themselves annual pay rises and, according to the Telegraph, are enjoying pensions “five times more generous than those of private sector workers”. In effect, the average worker would need to contribute 43 years longer than a British politician for the same pay out.

Of course, not all pensioners rely on a state pension alone, and not all pensioners vote Conservative. But many do. If this government’s policies have not already driven away many of their core supporters, the triple lock threat could finish the job.

If all goes to plan – which cannot be taken for granted – the right to vote will be restored to hundreds of thousands of pensioners living abroad, in time for the next scheduled general election. As the vast majority of them were anti-Brexit – even if unable to vote against it – they already hold a major gripe against the Conservative government.

The devaluation of the pound since the referendum in 2016 has already caused the pensions of British emigrants to shrink. Any further reduction of pension values in real terms would go down like a lead balloon. Or the Brexit pound. Despite that, the government seems intent on further undermining its core over-60s support at home and abroad.

Another U-turn or another lie?

When the topic of the triple lock was raised at Prime Minister’s Questions on Wednesday, the response from Truss was rather different from the day before. Another U-turn perhaps or just another attempt to mislead?

The SNP’s Ian Blackford asked Truss a direct question about the government’s commitment to the triple lock. Blackford said that the latest broken promise would “put pensioners in the front line of Tory cuts” and asked the PM to commit to “raising the state pension at the rate of inflation?” In response, Truss said the government had “been clear in our manifesto that we will maintain the triple lock” and that she was “completely committed to it”. She added, “so is the chancellor”.

Can anyone explain why it makes sense for No 10 to allow a story to run that the “triple lock” is under threat then allow @JamesCleverly to use the same script this morning & then, finally, for @trussliz to say it will be protected after all ?

Sadly, most pensioners across the country, or abroad, won’t believe a word of it. We know from past, bitter experience what government platitudes and promises are worth, and who pays the price for their mistakes.

Come the next election, it will be Tories paying the price for those mistakes. Unfortunately, it’s the country that will be saddled with the bill.