The race to be prime minister 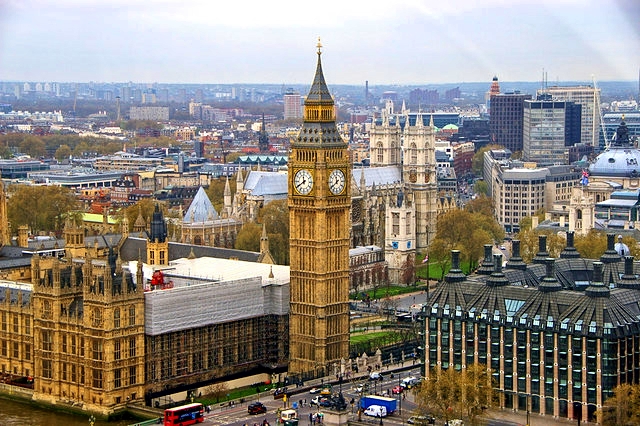 Each leadership candidate has been part of a governing party that has presided over – and in most cases caused – the problems we now face, writes Bremain Chair Sue Wilson MBE for Yorkshire Bylines.

Despite what you might have read or heard, for the foreseeable future Boris Johnson is our prime minister. He hasn’t as yet resigned, though he has said that he will. Bizarrely, despite his record, most people seem to believe him for once.

His potential replacements are falling over each other trying to present themselves as a fresh start for the party and the country. So far, they have each failed spectacularly to convince anyone that they, or the Conservative Party, have given pause for thought or considered a change of direction.

Race to be PM: who’s backing who and where they stand on tax, Johnson and the culture war https://t.co/O94gzz4igB

Once again, a few hundred Tory MPs will choose two candidates and a few thousand party members will choose our next PM. And they call this democracy? @RebootGb

The runners and riders in the race to be prime minister

The ever-growing list of contenders includes two former and one current chancellor – Rishi Sunak, Savid Javid and Nadhim Zahawi. Each should, in theory, understand how to manage the country’s finances but if the state of the UK economy is anything to go by, they clearly don’t.

Other candidates holding cabinet positions are Attorney General Suella Braverman, Foreign Secretary Liz Truss, Transport Secretary Grant Shapps and Trade Secretary Penny Mordaunt. So far, so law-breaking, yawn-making. That list is expected to soon include Home Secretary Priti Patel, who will presumably outdo the lot of them on the far-right swing-o-meter.

They are joined by former cabinet minister Jeremy Hunt (isn’t fox hunting marvellous!) and back-benchers Tom ‘I fought for my country’ Tugendhat, and Rehman Chishti (have you heard of him?).

A recent Times poll asked both Conservative Party members and the general public “who would be the best replacement?” for Johnson. The clear favourite was Defence Secretary Ben Wallace, who has ruled himself out from standing – proving he certainly was the better candidate.

The British public were quite clear who they would choose from the above list – 30% of them voted for ‘none of the above’ with ‘don’t know’ coming in a close second. Clearly the country is spoiled for choice.

None of the above would be the best candidate on this list. We need a General Election. pic.twitter.com/aonTaKpyXL

More of the same, but worse

Those on the increasingly long list of runners and riders have a great deal in common. Firstly, they have all been part of a governing party that has presided over – and in most cases directly caused – all the problems the country is now facing.

The government’s appalling performance on Brexit, Covid, the cost-of-living crisis, inflation, the NHS etc., has happened on their watch. Not only have the candidates enabled the damage, they’ve accepted no responsibility for it.

Strangely, I can’t recall any one of them speaking out against government plans, or even against Johnson’s behaviour. Until the last minute, of course, when they all jumped on the ‘get Johnson done’ bandwagon when they smelt blood in the water.

All these Tory Party leadership contenders putting forward their economic plans without any serious mention of Brexit are not contenders to be serious leaders of the country.

Secondly, their proposals for the future direction of the country are practically indistinguishable. What we need, apparently, is more of the same, but on steroids, and with massive tax cuts! They’ll throw in a dollop of added trust and integrity, just to prove they aren’t Johnson.

Yet, despite all of that, they all now claim to possess a magic wand that will mysteriously solve all the country’s problems. Except they really do have nothing up their sleeves. Or in their heads.

As Peter Stefanovic commented on Twitter, after listening to all the hype “it’s impossible to conclude anything other than the whole lot are completely insane”.

The party faithful might be swayed by the uber self-promotion, but there are serious issues that the candidates are avoiding like the plague. Not only are they all unable, it seems, to fully explain how their tax-cutting, inflation-boosting plans will be paid for, but they are not mentioning the most crucial issues of the day.

This is all bonkers. The nation faces three crises: the cost of living, the NHS backlog and the Russian invasion of Ukraine. The Tory “leadership” candidates have yet to say a word on these and instead bang on about tax cuts when they voted for tax hikes only weeks ago.

It should be no surprise that Brexit has hardly earned a mention, but what of the cost-of-living crisis? Or the serious problems facing the NHS? As for informing us of how they might deal with the Ukraine war or Putin, it seems it’s all hush-hush, on a need-to-know basis.

Not a single candidate has spoken out against the appalling, and likely illegal Rwanda deportation plan, or dared to speak on the subject of immigration or human rights. As for the Northern Ireland Protocol Bill, it seems our next PM aims to continue with Johnson’s plan to break international law. So much for ‘global’ Britain.

We can only assume that the omission of comment on the important matters of the day is deliberate. After all, a U-turn on a policy that they voted for and vocally supported might need more explanation than any of them can muster.

The reality of the modern Tory party is that all the candidates for leader seem to endorse the racist Rwanda policy, austerity, tax cuts favouring the rich, the removal of our human rights, breaching the Northern Ireland protocol and breaking international law. Heaven, help us

The gloves are off

The Conservative Party has long had a reputation as the ‘nasty party’. Theresa May acknowledged this in 2010 when she said:

“There’s a lot we need to do in this party of ours. Our base is too narrow and so, occasionally, are our sympathies. You know what some people call us — the Nasty Party”.

With so many candidates fighting for the keys to Number 10, perhaps it was inevitable that the fight for the top job was going to get dirty. Or perhaps, I should say, dirtier.

Where the policies are largely interchangeable, the private lives of the candidates are not. Cue allegations of tax avoidance, financial irregularities, sex scandals or whatever dirt they can unearth about each other. We might have expected the media to be doing the digging into the candidates’ background, but it seems the candidates themselves are the ones with the biggest spades and the strongest motivation.

Conservatives living up to their name as the nasty party

The next prime minister, like the last two, will be decided first by Tory MPs, then when we are down to the final two, the party membership. The candidates may demonstrate some diversity – their policies excepted – but the membership does not. So, once again, the view of a group of largely older, white men will choose the next leader of the country. Those suffering the worst thanks to Tory party policies, will have no say in the future PM or the direction he/she takes the country in.

We never expected prospective candidates to come out in favour of a softer Brexit, an increase in taxes, or an improvement in public spending. Heaven forbid! Wrong party, wrong membership. However, what would be refreshing would be a willingness to speak out against right-wing extremism, international law-breaking, and a complete lack of compassion for the less fortunate. But they won’t. They will continue with Johnson’s toxic, damaging legacy, and damn the consequences. The new leader, whoever it may be, will continue down the same nationalistic path that has already cost the party three leaders.

The next prime minister is not looking to clear up the mess Johnson leaves behind. They are, just like Johnson before them, only interested in furthering their own careers, no matter the cost. By caring only about the votes of a small, unrepresentative audience, they are distancing themselves from the wider voting public. It will cost them the next election.

Meanwhile, as the talentless, egocentric candidates squabble like kids in a playground, another very important question remains unanswered. Who, if anyone, is actually governing the country right now? Please don’t tell me it’s Boris Johnson!

The Tory leadership contest is like a group of arsonists who burnt your house down, telling you how they’d redecorate it for you