The Conservative Party Common Sense Group: another sub-group with no common sense at all! 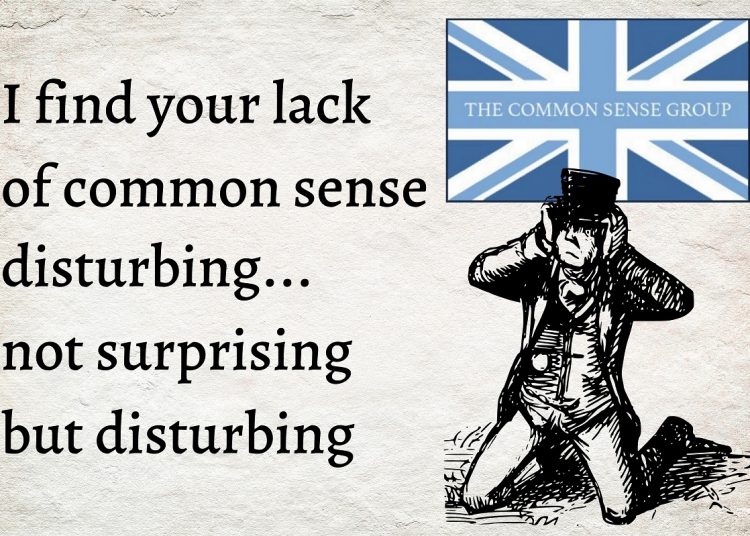 The Conservatives like their sub-groups, and who doesn’t like a bit of common sense, right? These think tanks with catchy names give the impression of seriousness and expertise. Yet, when you get closer to the truth, their mission generally stands in stark opposition to what their names suggest, writes Bremain Vice Chair Lisa Burton for Yorkshire Bylines.

In my previous article, I wrote about the ‘Net Zero Scrutiny Group’. If the group were transparent in their aims and objectives, they should be named ‘The Group Against Net Zero’. It turns out the Common Sense Group (CSG) is no different.

What does the Common Sense Group stand for?

You only have to read two paragraphs of their webpage to understand that this is just another Conservative group whose focus is on attacking liberal and compassionate thinking. It is a significant player in the so-called ‘war on wokeness’. They proudly display this quote from the Daily Express on their website. 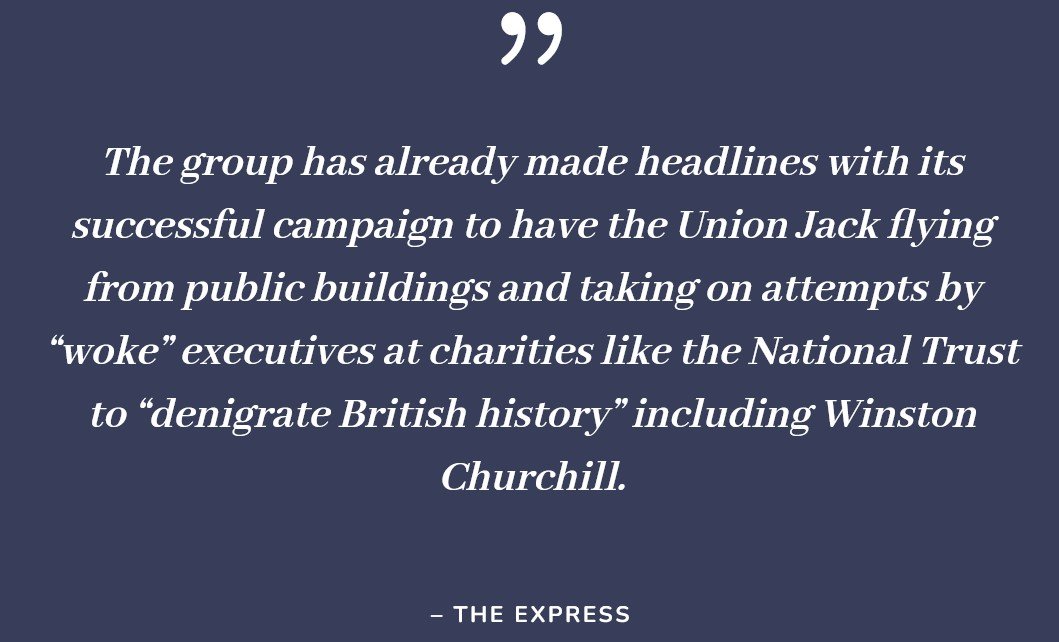 Who are the CSG?

The group is chaired by Rt Hon Sir John Hayes CBE MP and reportedly has around 70 members, though there is no comprehensive list available.

In 2020, a Telegraph letter signed by Sir John Hayes, Lord Lilley, Sir Edward Leigh MP, Sally-Ann Hart MP, Tom Hunt MP, Imran Khan MP, and 22 others, suggested that the CSG had been formed to, “speak for the silent majority voters tired of being patronised by elitist bourgeois liberals”.

They concluded their letter with this:

“History must neither be sanitised nor rewritten to suit ‘snowflake’ preoccupations. A clique of powerful, privileged liberals must not be allowed to rewrite history in their image.”

It is impossible (in one article) to cover the scope of the topics that the CSG discuss, but their downloadable book Conservative Thinking for a Post-Liberal Age, written by Sir John Hayes, gives you a fair idea of what to expect. There are some small areas of reasonable policy thinking but in the main it makes for some worrying and depressing reading.

The manifesto is full of the tropes we are used to hearing from ultra-conservatives as they desperately flay against the inevitable changing demographics of our world. Hayes talks of:

“Extreme cultural and political groups, Black Lives Matter, Extinction Rebellion, Kill the Bill et al. subversives fuelled by ignorance and an arrogant determination to erase the past and dictate the future.”

On the Conservatives taking Red Wall seats, he states:

“Expectation of our voters is for a government that, at last, might reflect the will of the people, rather than pandering to the peculiar preoccupations of the liberal elite and the distorted priorities of left-wing activists”.

As with other sub-groups like the ERG, the Covid Recovery Group, and the Net Zero Scrutiny Group, they take their own, often antiquated views and skew them to elicit responses to maintain and feed the culture war necessary for distraction. Look at them, not us. They use war-like rhetoric to inflame their target base:

“The Battle for Britain has begun; it must be won by those who, inspired by the people’s will, stand for the common good in the national interest.”

That ‘national interest’, by the way, is THEIR self-interests. Interests propped up by the right-wing media and hard-right antagonists but certainly not by the majority of the British public.

Many of their thoughts and ideas in the book are predictable. There is an all too often seen attack on human rights and the European Convention on Human Rights, which has existed since 1953 and whose jurisdiction covers 47 nations.

Sir John Hayes talks of the liberal elite and intolerant ‘woke’ dogma of Black Lives Matter, transgender rights activists, advocates of ‘decolonisation’, and critics of ‘white privilege’, describing them all as ‘woke warriors’. He calls Extinction Rebellion extremists, and attacks institutions and multinational businesses like Starbucks and the National Trust for daring to educate its members on slavery ties to some of its properties.

At the end of 2020, the National Trust added Churchill’s home in Chartwell to the list of properties with links to colonialism and slavery. Was this ‘rewriting history’ as the CSG claimed? Or was it an attempt by the conservation charity to point out Churchill’s role in the 1943 Bengal Famine and his prominent role in the British Empire? 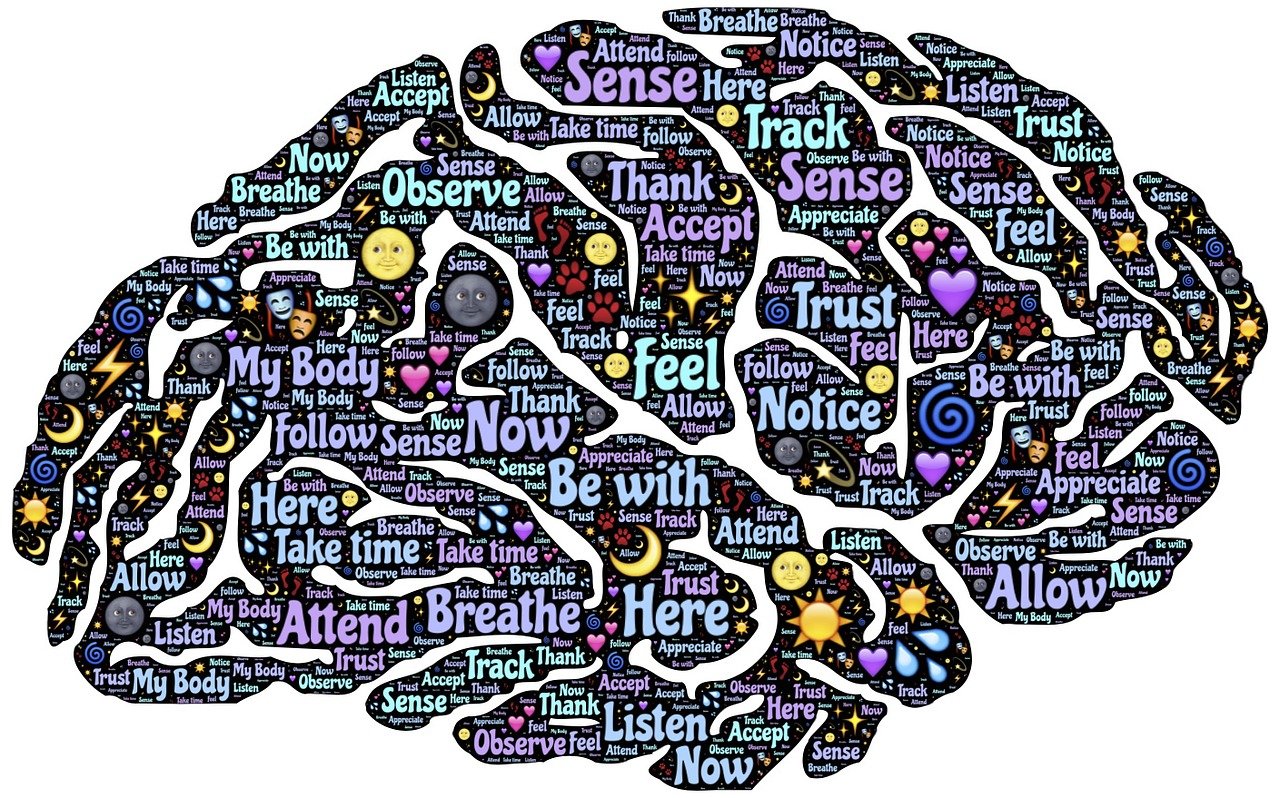 ‘What is Wokeism and How Can it be Defeated?’

Gareth Bacon MP writes a chapter that exhibits a deep fear of change, a craving for bygone times when Britain and the white man held dominance over the world.

He suggests that British heritage is ‘under direct assault’ and that people are losing sight of what it means to be British. He questions why the empire is ‘no longer seen as a modernising, civilising force’, and why a picture has been painted of imperialism as racist and invasive.

At least he got the second part of that point correct. Naturally, humans want to learn from history and evolve to a future where our greatness does not lie in the oppression of others. That is humanity.

History is far from static, and our thoughts and ideas change; society is reflective of history. If our thought didn’t evolve, we would be stuck in times where women could not work, vote, or hold mortgages, where being gay was illegal, and where slavery was acceptable.

Criticism and investigation into the reality of colonisation is becoming more widespread outside of academic circles. Colonisation was certainly not a great force of good; under our nations’ flags, our ancestors, driven mainly by greed and power, committed atrocities. We ravaged the wealth of other countries, destroyed an unknown amount of cultures, and enforced our religion on indigenous people worldwide.

It is difficult to judge and quantify what richness and diversity the world lost through colonialism, but what is undeniable is that European imperialism (including British) constructed and facilitated structural, institutional racism, which still exists today.

Our media is not only under siege by the left but dominated by the left, apparently. James Sunderland MP and David Maddox, in the chapter entitled ‘Conservative Case for Media Reform’, include a quote from Enoch Powell, known for his ‘Rivers of Blood’ speech, on how mass media coverage shapes the cultural environment in which we all live.

It was reported that of all liberal democracies, Britain had the most right-wing media. The BBC is now under an increasingly overt attack from the right, as evidenced by recent appointments, including Tim Davie, former Goldman Sachs associate. There have also been threats from government officials themselves to remove Channel 4’s licence.

Sunderland and Maddox call on Conservatives to be the “Samson of the 21st-century, understanding that the two pillars holding up the temple of wokeness are the broadcast media and internet giants”.

Their five-step plan to destroy ‘wokeness’ is as follows:

What is the Common Sense Group all about?

Fundamentally, CSG members are deeply insecure and fearful. A world where equal opportunities apply regardless of origin, colour, sex, or gender, disrupts their worldview. After all, that means a lot more competition from those who traditionally would not have competed.

It is the realisation that society is changing rapidly. For generations, those who held power have come from ‘their country’, looked like them, spoke like them, and come from the same social classes.

They are an almost homogenous group. All would likely say they accept those who are different, but their words and actions show that such commitment comes with a caveat; that those who are different will be tolerated, as long as they remember their place, don’t speak up, and certainly don’t challenge power structure that keeps them in place.

It’s not common sense at all; it’s nonsense.