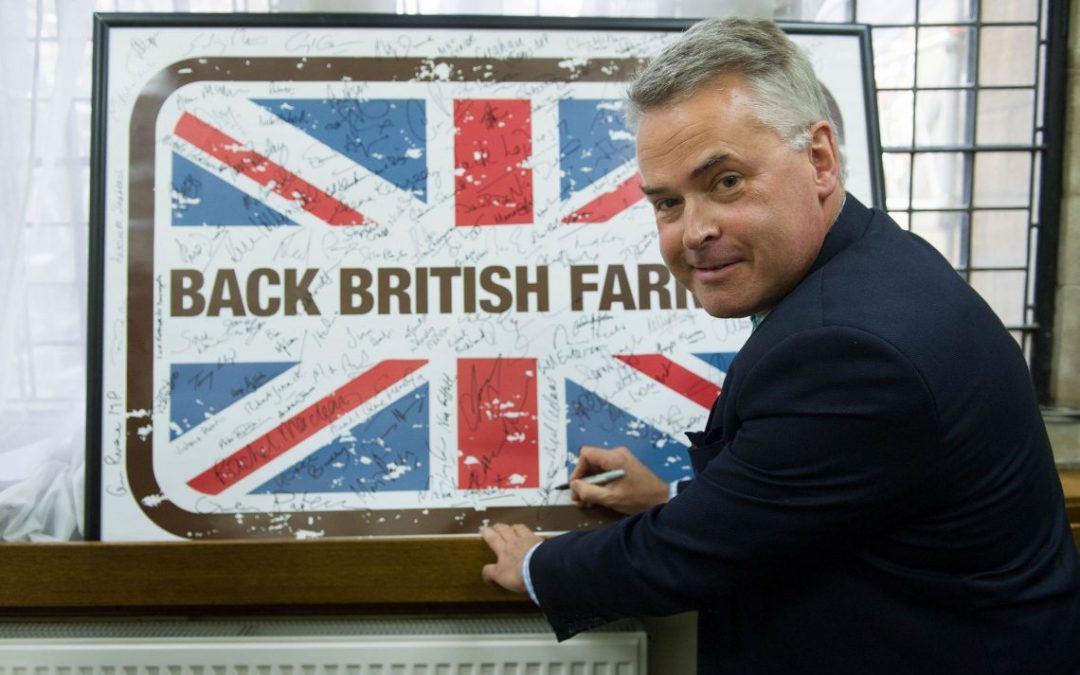 Which Conservative MPs are sticking with Boris Johnson and which are calling on him to resign over ‘Partygate’, questions Bremain Chair Sue Wilson MBE for Yorkshire Bylines?

Prime Minister Johnson seems to have got himself into a bit of bother. The supposed leadership ‘qualities’ that brought him to power and convincingly won a general election in 2019, are now considered potential liabilities. But in typical party fashion, the Conservatives are split as to whether Johnson has outlived his usefulness, and is now doing more harm than good.

Stick: the MPs who think Johnson should stay

Operation ‘Big Dog’ – named by the Johnson himself – is a plan to save the prime minister. It has been reported to include the overhauling of his top team. No doubt some Conservative MPs and ministers coming out in support of Johnson are considering their own political futures, as well as that of their boss.

Foreign Secretary Liz Truss tweeted: “The Prime Minister is delivering for Britain – from Brexit to the booster programme to economic growth. I stand behind the Prime Minister 100% as he takes our country forward.” Considering Truss is one of the most active runners and riders in the race to replace Johnson, he may well be wondering what she is holding behind his back. A double-edged sword, perhaps.

The education secretary, Nadhim Zahawi, chose a different tack to defend Johnson over the ‘Partygate’ debacle, saying, “he’s human, and we make mistakes”. Considering the backlash from the public, his suggestion that Johnson “called it right” may have misread the mood of the country completely.

"He's human, and you make mistakes"

Nadhim Zahawi suggesting that ‘making mistakes’ is a valid defence for breaking the law is possibly the most asinine thing we’ve heard this year.

Nadine Dorries, the culture secretary – in hot water herself over her plans to defund the BBC – said Johnson “did the right thing, he apologised”. She said, “what we all want is the enquiry to conclude & to see what the findings are”, adding that she did not accept that “he’s in the wrong”.

"I don't accept that he's in the wrong".

Culture Secretary Nadine Dorries says she "supports the prime minister in his apology", adding that "we can't judge what happened" until we know the facts. https://t.co/EV14WVXjjH

Leader of the House, Jacob Rees-Mogg, dismissed those calling Johnson to resign as “people who are always unhappy”.

Twist: the MPs who are undecided

Hedging their bets, there are those calling for change, but not directly for Johnson’s resignation. Amongst them, MP Tobias Ellwood described Johnson as having “a cavalier disregard to these hallowed professional grounds”. He said Johnson needed to lead “in a very different style”, adding that a “fresh tone” was needed. “The Boris approach of old is simply not enough.”

"A cavalier disregard to these hallowed professional grounds" 😲

Former leader of the ERG, Steve Baker, said it was “impossible to say” if Johnson would lead the party into the next election. He said his constituents were “absolutely furious” and that they may be “too angry to forgive”. Presumably, he was referring to their anger at Johnson, while overlooking their anger at the government in general.

'It's impossible to say' whether @BorisJohnson will lead the party into the next election because people may be 'too angry to forgive', @SteveBakerHW says

While Chancellor Rishi Sunak – another candidate for Johnson’s replacement – also thought Johnson was “right to apologise”, his ‘support’ was generally considered rather lacklustre and late in the day. Like many, he appears to be waiting for the result of Sue Gray’s enquiry before pinning his colours to the mast

Bust: The MPs who want Johnson to go!

Although still relatively few, the Conservative MPs calling directly for Johnson’s resignation are increasing in number.

Andrew Bridgen MP said, “I’m calling on the Prime Minister to stand down”. In years to come, he said, Johnson would be remembered “as delivering Brexit and guiding us through a pandemic. His legacy shouldn’t become one mired in sleaze but rather one of knowing when the time is right to leave the stage”. That legacy “should be cemented now by a dignified exit from politics”. He said he believed more revelations were yet to come, and that Johnson had lost the “moral authority” to lead the country.

I will always be grateful for what Boris has achieved and his legacy should be cemented now by a dignified exit from politics.

Veteran backbencher, Sir Roger Gale – who has never been a major fan – described the prime minister as a “dead man walking”. He said, “I think we’ve now got to the stage where frankly we have to find another leader”. Gale submitted his letter of no confidence to the 1922 committee a year ago. Other MPs have followed suit, though the number of letters received is a closely guarded secret.

I have already indicated publicly that I have submitted a formal letter to the Chairman of the 1922 Committee calling for a Leadership Election. (This was done a year ago following the 'Barnard Castle' incident and has been refreshed recently). 1/3

Tim Loughton MP described Johnson’s position as “untenable” adding that his “resignation is the only way to bring this whole unfortunate episode to an end”.

I have regretfully come to the conclusion that Boris Johnson’s position is now untenable, that his resignation is the only way to bring this whole unfortunate episode to an end and I am working with colleagues to impress that view on Number 10.https://t.co/HhjiUHVpPW

Caroline Nokes acknowledged that many Conservative MPs owed their seats in parliament to Johnson, and that he did a “fantastic job” in winning the 2019 election. However, he now “looks like a liability. He is damaging the entire Conservative brand”.

Never regarded as a fan of Johnson’s, Douglas Ross, leader of the Scottish Conservatives, said Johnson could not continue as PM if he attended the party in Downing Street on 20 May. He described Johnson’s apology as “acceptance from the prime minister that it was wrong”.

'I don't think he can continue as leader of the Conservatives' @Douglas4Moray says https://t.co/gvFjHbudfB pic.twitter.com/1bO27H8YCm

In support of Ross, former leader of the Scottish Conservatives, now member of the House of Lords, Baroness Ruth Davidson, said, “Nobody needs an official to tell them if they were at a boozy shindig in their own garden. People are (rightly) furious. They sacrificed so much – visiting sick or grieving relatives, funerals. What TF were any of these people thinking?”

This line won't survive 48 hrs. Nobody needs an official to tell them if they were at a boozy shindig in their own garden. People are (rightly) furious. They sacrificed so much – visiting sick or grieving relatives, funerals. What tf were any of these people thinking? https://t.co/bsxJzdvp6N

Davidson was joined by fellow peer Baroness Sayeeda Warsi, who went one further, suggesting all current ministers should quit if they are implicated in Partygate – not just the prime minister. “Every minister, parliamentarian & staffer at any #downingstreetparty must resign NOW. No ifs no buts.” She added, “the rule of law is a fundamental value – the glue that hold us together as a nation. Once that is trashed by those in power the very essence of our democracy is at stake”. Her tweet on 12 January was a repeat of one she had posted on 8 December.

Retweeting👇🏽
Every minister, parliamentarian & staffer at any #downingstreetparty must resign NOW.
No ifs no buts
The rule of law is a fundamental value-the glue that hold us together as a nation
Once that is trashed by those in power the very essence of our democracy is at stake https://t.co/WgR6v2g62q

Chair of the public administration and constitutional affairs committee, William Wragg, commented on the main defence currently being employed by both Johnson and many ministers – waiting for the findings of the enquiry. He said he did not think “it should be left to the findings of a civil servant to determine the future of the Prime Minister and, indeed, who governs this country. The Prime Minister’s position is untenable”.

The most recent MP to add his name to the list of those calling for Johnson to go, is Tom Hunt. A new MP who won his seat in 2019, Hunt claimed to have changed his mind after speaking to enraged constituents. He described Number 10 as seeming more like a “frat house” than the centre of government. He said there “there needs to be almost a total clear out of Number 10 and all of those who were in anyway connected with what appear to be clear rule breaking events need to properly held to account”.

Betting on the future

While public opinion shifts away from Johnson and in favour of Keir Starmer, opposition parties are watching every governmental manoeuvre and reaction with interest. As the Conservatives dig themselves ever deeper graves, their opponents will be only too keen to supply more shovels.

It’s no longer a question of if Johnson is busted, but when. It will depend on any further awkward revelations, or the government’s handling of such. A week is a long time in politics.

Whether Johnson’s remaining in position will help or hinder the Conservatives chances in the next election, is open for debate. Potential replacements look equally ill-suited to the role of leading the country. What we can bet on though is that as long as this PM – or indeed, this government – is in power, the damage to the country’s economy, reputation and its inhabitants will continue. Time for a change. Let’s start at the top.