Looking for a well-paid job? Be an MP! 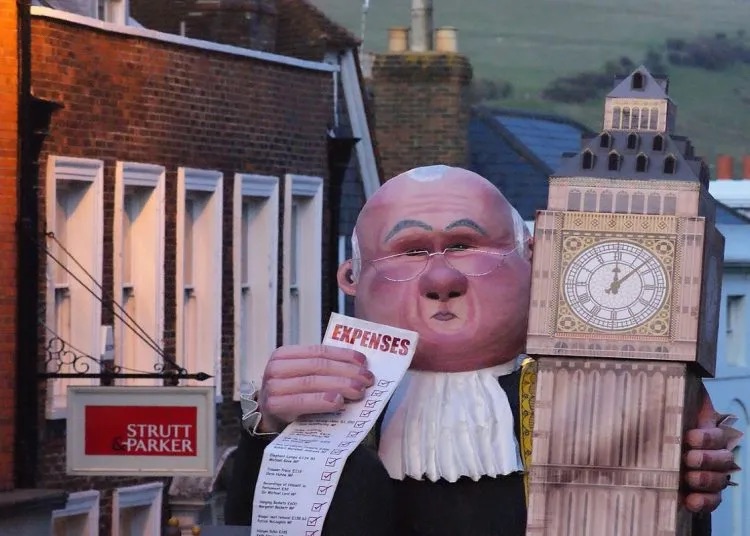 Send in your application now. Never will you get a better chance to grab what’s rightfully yours. Sue Wilson MBE, Bremain Chair, writes for Yorkshire Bylines.

As the UK faces a severe shortage of labour and skills, 80% of small firms are struggling to recruit suitably skilled staff. With 1.19 million vacancies across the country, perhaps there has never been a better time to be a job-seeker. Assuming, of course, that you have the right skills for the job, and the remuneration and benefits are sufficient for your needs.

Whilst a career in healthcare, social care, hospitality, construction, farming or logistics might appeal, there are other opportunities becoming available that you might want to consider. With more vacancies likely to appear in the coming months, have you ever considered a career in politics? It pays well, comes with generous expenses, and rules that apply to ordinary folk can – it would seem – be broken with impunity.

First, let’s talk pay. As from April 2022, the basic pay for a Member of Parliament in the House of Commons is £84,144 per annum. Compared to average UK earnings of £33,000, that’s none too shabby. But the good news doesn’t stop there. Not only can you expect an above-average pay rise each year, but you get to vote on it yourself. No nasty bosses trying to supress your wages, and your real bosses – the British public – have no say at all!

The size of the remuneration package alone is impressive, but there’s another big difference between MPs annual income and the UK average. The Office for National Statistics figures are for a full-time job. MPs, on the other hand, don’t all work full time, with many able to hold down other lucrative employment, and not discouraged from doing so.

The Westminster Accounts, an exposé by Sky News and Tortoise Media. pic.twitter.com/dSdlyFfLtB

In many jobs where employees are required to travel, claims for petrol, transport, even taxis are the norm. Overnight stays require reimbursement for accommodation and meals and are par for the course for your average sales rep or business person. As an MP, however, you can expect so much more.

While subsidised lunches are not uncommon in certain industries, few can rival the offering, or the prices, available in the House of Commons dining room. And we’re not talking about a simple soup and sandwich. We’re talking ribeye steak, smoked salmon or lamb loin. Yes, please! Though you might have to watch your calorie intake, you won’t have to worry about the prohibitive cost of fine dining affecting your pocket.

But that’s not all. You can also claim rent for accommodation in London, even if you don’t live very far away, and claim for heating costs. At a time when the country is suffering an energy crisis, rest assured that as an MP, you won’t need to worry about spiralling electricity or gas bills.

Helen Whately has been named as the Conservative MP claiming the highest rent expenses at £3,250 a month.

Historically, it has also been possible to claim for the most bizarre of non-political expenses, such as the heating of one’s stable. Ah, but I don’t have any horses or a stable, you say. Well never mind. Once you’re an MP you’ll probably be able to afford both!

Of course, not all the benefits of being an MP are financial ones. A benefit to many a rough diamond is the ability to be able to hold down a well-remunerated job whilst also being rude, offensive, and in some extreme cases, even downright creepy with your staff. Although there are, of course, appropriate policies and procedures in place to protect employees – likely due to some over-zealous HR type – these seem to be largely ignored, or at least, worked around.

But, there’s more. If you fancy a bit of rule-breaking, you can be secure in the knowledge that rules that apply to ordinary people may not apply to MPs. Or even to Cabinet Ministers or PMs! Fancy not wearing a seat belt? No problem – just pay the fine. Forgetting to pay your taxes? Cough up and stay out of jail. Telling mistruths to parliament? De rigueur. And if you’re short on ideas, there are plenty of colleagues with previous experience that’ll be only too happy to share their rule-bending tips while promising honesty, integrity and accountability.

Sunak promised honesty, integrity and accountability on the steps of Number 10. Not only has he been fined again for breaking the law, but Zahawi has been fined as well. It’s time they all went. It’s time for a general election.

There’s one final positive about seeking work in Westminster as opposed to a similarly demanding role in the non-political world, and that’s your previous experience. Or lack of it. Whilst any existing skills and experience would, of course, be useful, they are not a pre-requisite. Even cabinet ministers can acquire their even better paid roles without having the relevant qualifications. A doctor as health minister or an economist as chancellor? What a daft idea.

Of course, there are MPs that work extremely hard, that represent the needs and wishes of their constituents, and that challenge the strategy, rhetoric and policy of those in charge. They do so with considerable energy, grace and commitment, and in the face of considerable abuse and at great personal cost. The country would benefit enormously if there were far more like them.

However, as long as MPs are able to earn, and to claim, such vast sums of money, and are seemingly able to break rules that apply to others, then Westminster will continue to attract those only in it for themselves.

So, send in your application now! Never will you get a better chance to grab what’s rightfully yours!