Hands off my Pension! 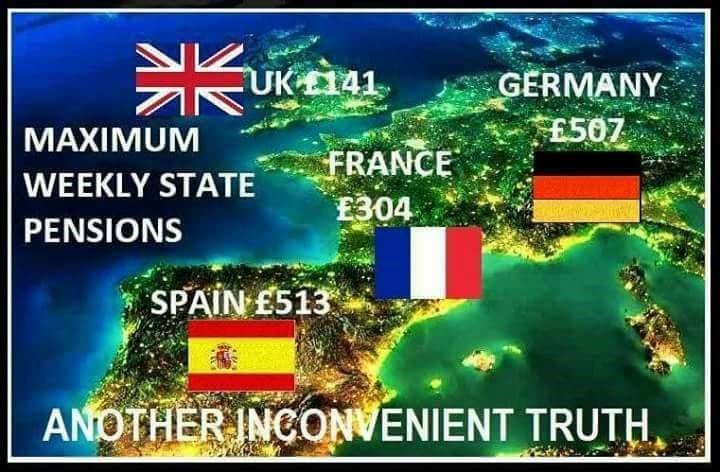 British pensioners are worried about their income. For those reliant solely on the state pension, it can be a struggle to survive on what is the “world’s third worst” pension, and the lowest rate across Europe, writes Bremain Chair Sue Wilson MBE for West Country Bylines. 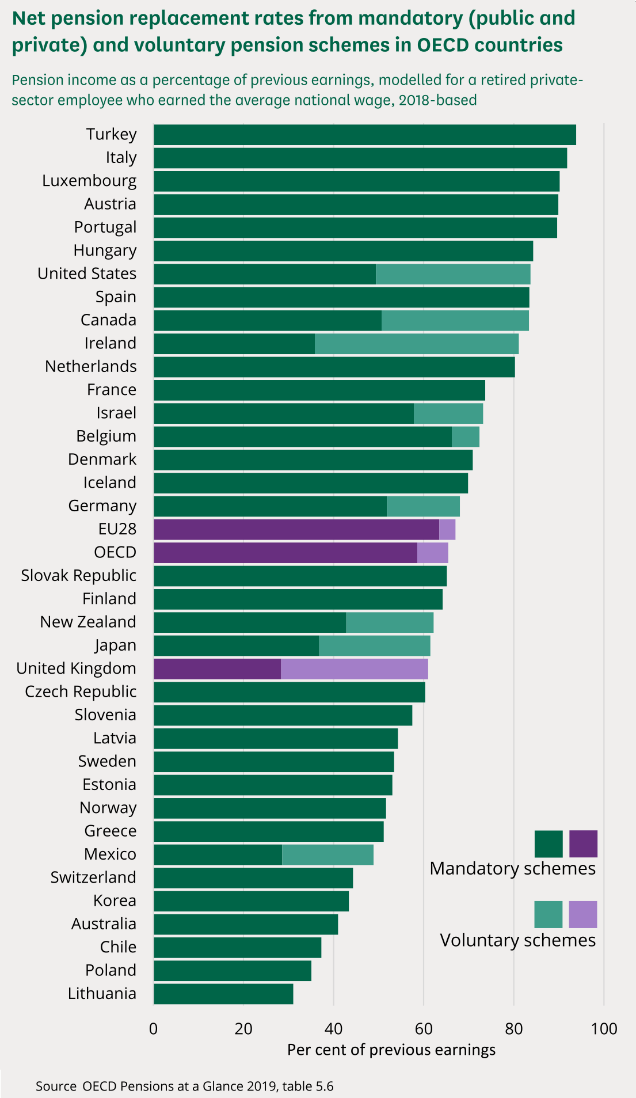 According to data from Investing Reviews, the UK state pension is a mere 28.5% of pre-retirement earnings – less than half the global average of 58.8%. The low base would be cause for concern on its own, but the threat from the Treasury to remove the “triple lock” protection is adding to existing fears.

What is the triple lock?

The triple lock was a policy commitment announced by the coalition government in 2010 as part of a package of reforms around pensions, which also included a rise in the state retirement age. The triple lock policy recognised that the value of the basic state pension had been falling for many years and sought to protect relative values in one of three ways. Pensions are now uplifted annually in line with price rises, average earnings or 2.5%, whichever is the highest. Hence the “triple lock”.

In recent years, prices and wages have risen slowly, if at all. However, a report from the Office for Budget Responsibility claims a rise of 8% in pension incomes can be expected this year, due to “unusual pandemic-related fluctuations in earnings growth”.

In June, Treasury select committee Chairman, Mel Stride, suggested that the triple lock should be reduced to a double lock on pensions. He claimed this would relieve any additional pressure on public funds and prevent “unintended consequences”. His suggestion was “to temporarily suspend the wages element of the lock”. He acknowledged that this “might not entirely conform to the Conservative party manifesto” but suggested that most people would “recognise that a potential double-digit percentage increase is unrealistic.”

In July, Chancellor Rishi Sunak was doing the rounds in the media. Despite frequent requests for confirmation, he declined to guarantee that the triple lock would be honoured this year. He told the BBC that the triple lock is the government’s policy, but that he recognised people’s concerns. He said he wanted to make sure that government decisions and systems “are fair, both for pensioners and for taxpayers”.

Although the suggestion is that any suspension of the triple lock would be temporary, the questions that hang over us are, can we trust the government, and how long is temporary? As Age UK’s Policy Manager, Sally West commented:

“It’s asking a lot for older people to believe that any scaling back of the triple lock would only be temporary, rather than permanent. This is especially true when we know that some of the prominent voices arguing for a suspension of the triple lock in response to the pandemic, are the same people who have called for its abolition in the past.”

For anyone who has been watching this government closely, a threat to abandon a manifesto commitment, however temporarily, will not come as a shock. The penny-pinching antics, when dealing with the low-paid, the under-privileged, or indeed pensioners, is galling. The approach is completely at odds with the billions that have been squandered on ineffective Covid measures, or expensive external consultants.

Of course, any government should be mindful of spending, but to suggest that the “savings” to the public purse, from abandoning the triple lock, are justifiable, is a nonsense. The average pension payment is less than £9,000 a year, with many pensioners receiving less. According to Age UK, over 2 million pensioners in the UK live in poverty, with nearly a quarter having to rely on means-tested benefits to top up their income.

A common argument against triple lock is that it is unfair for younger generations to finance pensions for the elderly. However those receiving state pensions have been paying for that “insurance” all their working lives. Had they not contributed for a minimum of 37 years, they would not be receiving a state pension in the first place.

It is also important to remember that any changes that affect pension incomes are unfair to younger generations too and could hit younger people the hardest. The independent Pensions Policy Institute (PPI) has demonstrated that younger, low-income workers will find it harder to achieve an adequate income in retirement without the protection of the triple lock.

In August, the government finally confirmed that the triple lock policy is under review. A Treasury spokesperson said, “The Government will confirm next year’s state pension rates in the Autumn”. Former shadow Chancellor, John McDonnell described the threat to the triple lock as a “betrayal of pensioners”, as the Labour left put pressure on Sir Keir Starmer to oppose any “suspension”.

Support for a Treasury triple lock revision is not universal even within the government – not least due to the very real threat from pensioners with an axe to grind. Silver Voices – a campaign group for the over 60s – recently conducted a ballot amongst their members. As a result, they concluded that “the vast majority want us to campaign against the Conservatives at the next election if this manifesto promise is broken.”

Whatever the supposed justification, the Conservatives should be very wary about upsetting us silver surfers. Many of us have looked on in horror as taxpayers’ money has been handed out, in the billions, to friends and donors. We have watched the government attempt to lay the blame for all their misdeeds unfairly at the door of Covid. We have witnessed the public being misled, promises being broken, and a government that is unwilling to accept responsibility for its actions.

But pensioners are wide awake now. Our eyes are wide open, and there are millions of us – according to PPI, over 12 million, to be precise. Add to that the disenfranchised pensioners abroad, hoping to regain their voting rights before the next election, and that’s a lot of disgruntled, anti-government voters.

I’m tempted to tell the government to go for it, and mess with us pensioners, as it could be the straw that breaks the camel’s back and relieves us of this government once and for all.

But that really would be cutting off my nose to spite my face, and I do want to be able to afford to eat during my dotage!