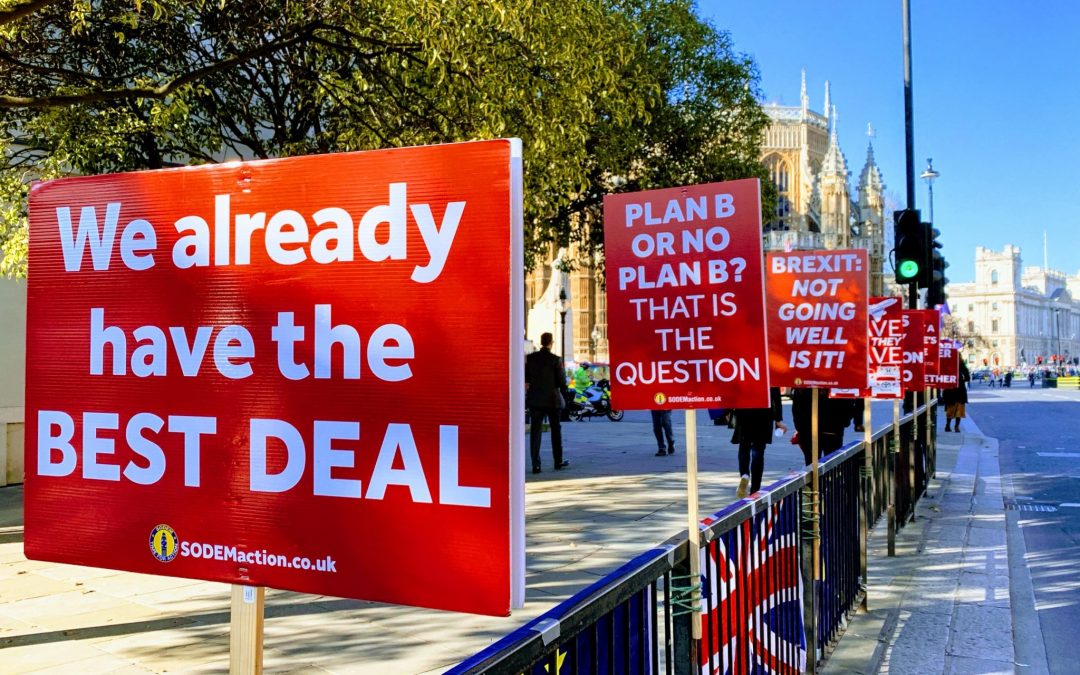 Brexit is barely nine months old but is not ageing well, writes Bremain Chair Sue Wilson MBE. The ‘fabulous’ deal that Prime Minister Johnson and Brexit negotiator Lord Frost raved about last December, has lost all its shine – especially, it seems, to those who polished it. Having persuaded parliament to vote for it as the lesser of two evils, both Johnson and Frost have fallen out of love with their offspring. Or perhaps, as many believe, they never had any faith in it in the first place, other than as a means to an end to ‘get Brexit done’.

Falling out of love with the Brexit ‘deal’

After months of bombastic and often aggressive rhetoric, Lord Frost’s latest speech, to the British Irish Association last weekend, can have come as no surprise – not least to the EU. He spoke of the “vexed question of the Protocol”, suggesting it was “as controversial as ever”. Although the UK “did not get everything wrong”, he said that, “despite our best efforts, the issue is not settled”

This being the case, we would hate to see what Frost’s worst efforts might look like. Frost denied that his “EU-bashing” was an attempt to rally domestic support. In fact, to behave in such a way would be “grotesquely irresponsible”, he said. Long story short, Frost continues to insist that in order for the protocol to work, “we need to see substantial and significant change” – he means from the EU, of course.

By Monday morning, the media were full of anticipation that the so-called “sausage wars” truce was about to be extended. The expected end to two grace periods – due to expire on 30 September and 31 December – has been of great concern to business and industry, as the harsh realities of Brexit become ever clearer.

Additional checks and restrictions have already been delayed once when the UK requested an extension for exporting chilled meats back in June. The EU responded with a package of measures aimed at addressing some of the most pressing issues – it agreed to delay a ban on chilled British meat exports into Northern Ireland until 1 October. European Commission vice-president, Maroš Šefčovič, stressed at the time that the EU was “not issuing a blank cheque” and that the UK would have to “fulfil clear obligations” during the coming three months. Still waiting.

As the UK confirmed its unilateral decision to extend the grace periods – this time “indefinitely” – the EU responded with a statement. They stressed that the protocol was “an integral part of the Withdrawal Agreement”, an agreed solution between the UK and the EU. They reiterated the fact that “both sides are legally bound to fulfil their obligations under the Agreement”.

The Commission added that while it reserved its rights “in respect of infringement proceedings”, they were not moving forward with infringement procedures launched back in March, or taking any further legal action “for now”. 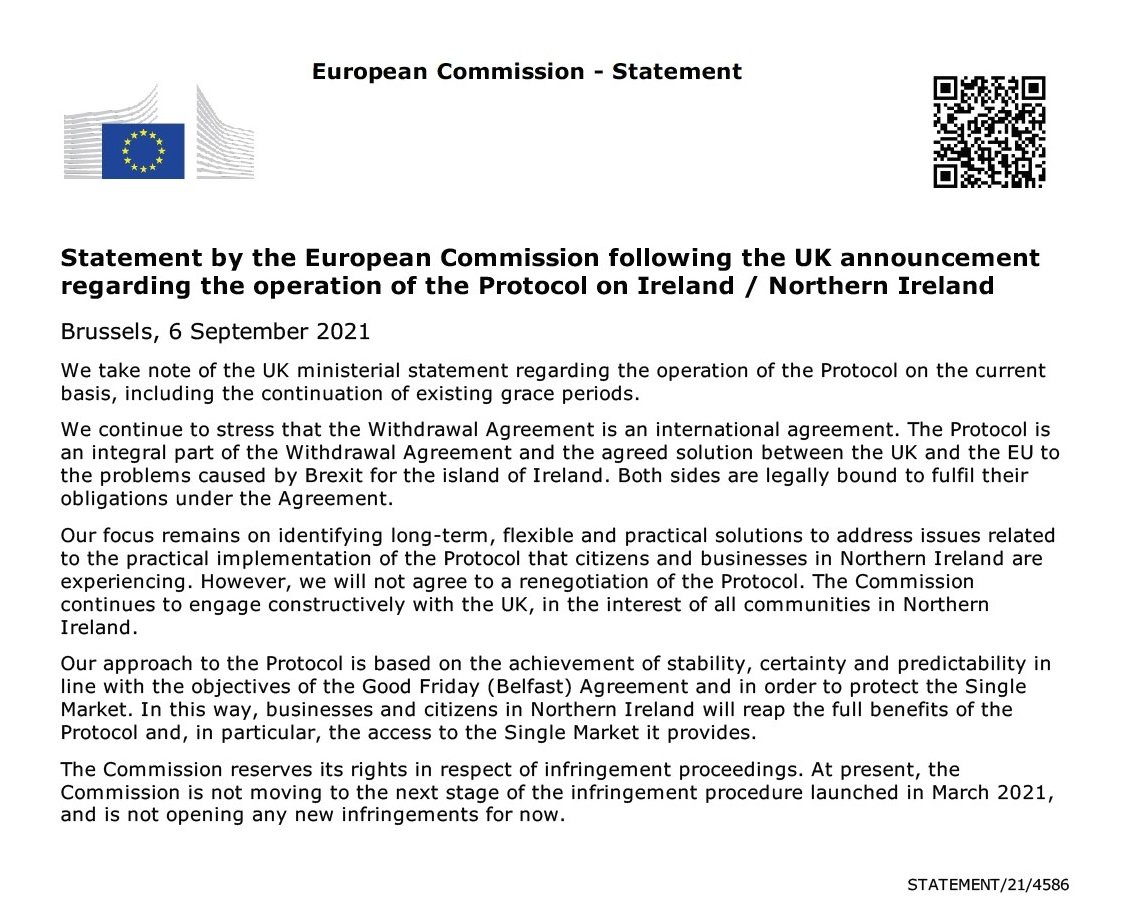 Lord Frost suggested that the grace period extension would give the UK and EU more time to come to an agreement, as well as providing stability for business. Presumably, Frost’s interpretation of “coming to an agreement” involves having cake and eating it, and a lot of flexibility on the EU’s part.

From the other side of the Channel, the EU must be wondering how many times it must repeat “we will not agree to a renegotiation” before the penny drops, or the UK government finally understand how the EU works.

How much easier the whole process of Brexit could have been – and perhaps more friendly and collaborative – had the UK just accepted an extension to the transition period when the EU offered. But then that wouldn’t have got Brexit ‘done’.

Many voters must have had their faith in this government put to the test over recent months. They voted for Brexit based on promises of change, of a better future, of hope. Instead, they now see those that lauded Brexit complaining the loudest about the deal they themselves negotiated.