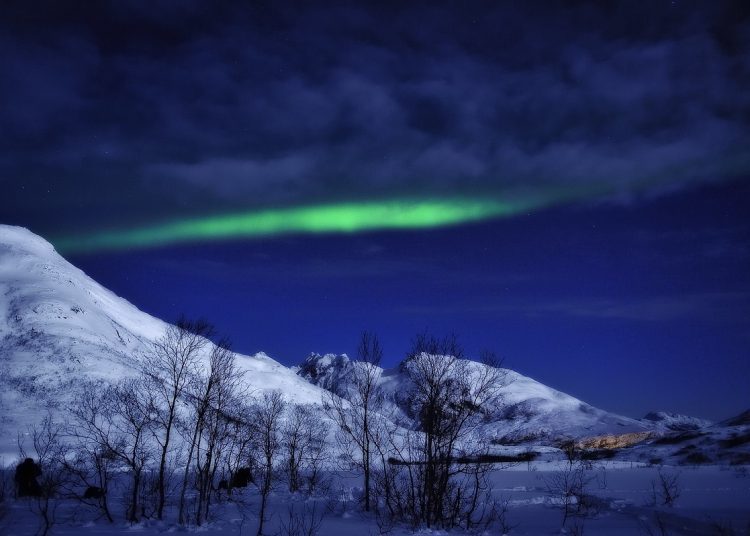 Ellwood says the government’s choice of Brexit is damaging and could be softened by the UK joining the single market – the Norway option, writes Sue Wilson MBE for Yorkshire Bylines.

Brexit has not turned out how “most people imagined”. That’s according to senior Conservative MP, and chair of the defence select committee, Tobias Ellwood. After months of ignoring the blindingly obvious – to British business owners at least, if not to British politicians – Ellwood has dared to suggest the UK should rejoin the single market.

Ellwood, who recently spoke out against the prime minister, said the government’s choice of a “hard Brexit” has done significant damage to UK exporters. In his statement, he said it would be a “dereliction of duty” if the government failed to re-evaluate the UK/EU relationship under present circumstances.

All the current challenges, such as extra bureaucracy and issues over the Northern Ireland protocol, “would disappear if we dare to advance our Brexit model by re-joining the single market”, he said. A move to join the European Economic Area (the Norway option) would ease the cost-of-living crisis and bolster the UK economy.

With Brexit reducing the UK’s gross domestic product (GDP) by 4 percent, according to the Office for Budgetary Responsibility, clearly urgent action is needed.

Finally someone dares to say it. Maybe if the Tory party manages to get rid of Johnson after all there might be some hope for sensible conservatism again in the UK? It's urgently needed. https://t.co/pNpfyRBpjf

The Brexit we voted for?

Ellwood quoted a recent YouGov poll that said this was not the Brexit most people had envisaged, and that the majority of the public now believe Brexit has gone badly. Meanwhile, minister for Brexit opportunities, Jacob Rees-Mogg, continues his search for elusive Brexit benefits, whilst insisting that replacing the prime minister right now would “be a real risk” to those imagined opportunities.

Brexiter MPs, of course, would have us believe that the Brexit we have now is exactly the one that was voted for. But the reality is that ‘leaving the EU’ could have been done in many different ways while still delivering on the referendum mandate. Clearly the interpretation of the public’s choice of Brexit was viewed differently by the current prime minister than by the last one, for example.

Indeed, although both Boris Johnson and his predecessor Theresa May chose a hard Brexit, their execution was rather different. And it was several months after the referendum before May announced that Brexit would mean the UK leaving the single market. This was not an inevitable consequence of leaving the European Union, it was a choice made later, and not by the British public.

It took until January 2017 – more than six months after the referendum result – for Theresa May to announce we would leave the single market. That's how you know it was a choice and not an inevitable consequence of voting to leave the EU. pic.twitter.com/JL6IwKaksC

Although they may now claim otherwise, numerous Brexit-supporting politicians previously insisted that leaving the EU did not mean leaving the single market or the customs union. In fact, many were adamant that the UK would retain all the benefits of membership of both, and even of the EU itself.

Founder of Leave.EU, Aaron Banks, even said that “the Norway option looks the best for the UK”. Former MEP Daniel Hannan was quoted as saying that “absolutely nobody is talking about threatening our place in the single market”. And Owen Paterson MP went one step further by insisting that “only a madman would actually leave the market”.

While the reasons people voted for Brexit are many and varied, many were reassured that the benefits of single market membership were not at risk. Significantly, Boris Johnson himself said he was in favour of the single market and would vote to stay in it.

If the Leave campaign’s vision of Brexit – the one they sold to the British people – was to leave the single market and the customs union, then this should have been made clear at the time. The story these politicians are now telling is a rather different one, where the British public all knew they were voting to leave the European Union and the single market and the customs union – otherwise known as the hardest Brexit possible.

According to Mark Harper MP, the UK voted to leave the EU and “that meant leaving the single market and putting an end to freedom of movement. The end.”

No. The UK voted to leave the EU.

That meant leaving the Single Market and putting an end to freedom of movement. The end.

Yes, there are issues with the Protocol, but @trussliz, @BrandonLewis & @ConorBurnsUK are working to deal with those issues. https://t.co/wZusXEzGlI

Despite having negotiated the Brexit deal, before trashing it and resigning as Brexit minister, Lord Frost could not resist adding his usual unhelpful opinion. Referring to Ellwood’s statement, and seemingly unaware of the irony, he claimed that Brexit was “not safe in his hands”. Being in the single market, but outside of the EU, “means accepting lots of law set by people we didn’t elect”, said the unelected member of the House of Lords.

1 We are, thankfully, and rightly, about to stop politics for a few days.

However, there is just enough time to note one important & revealing fact: today's @Tobias_Ellwood article shows Brexit really is not safe in his hands or his allies'.
/… https://t.co/ygQ1R1fW4E

Support for joining the single market

There has been widespread support for Ellwood’s comments from those who favoured remaining in the EU. Former Conservative MP, David Gauke tweeted, “Tobias is right. Extraordinary that this point has become almost unsayable”. Lord Andrew Adonis said he was all in favour of “upgrading Brexit” with a return to single market membership. And CEO of Best for Britain, Naomi Smith, noted how single market membership would “soothe inflation, workforce shortage and supply chain woes”.

What was notable by its absence was any comment from opposition parties, most of whom are still avoiding the ‘B’ word at every opportunity. Criticism of Brexit by Labour is seemingly as elusive as Rees-Mogg’s Brexit benefits.

A less-painful Brexit would be a popular choice

The majority of the British public do not support this hard Brexit. A softer approach, that maintains access to, and the benefits of, single market and customs union membership, would have been a workable compromise. It would not have satisfied the extremists on either side, but it would have softened the blow, done considerably less damage, and would have helped to heal the painful wounds of a divisive campaign. It still could – if our politicians would only be brave enough to say so.

Ellwood has been praised for showing courage in speaking out. But it shouldn’t take courage to speak the truth, especially when there is so much evidence to back it up – as detailed in the Detriments of Brexit document published by Yorkshire Bylines.

The time for ignoring the ‘B’ word is over. It’s time for a constructive debate about our future relationship with the EU, and with the truth. It’s not too late to undo much of the damage or to change the course of this punishing Brexit. Let’s not wait until it is.