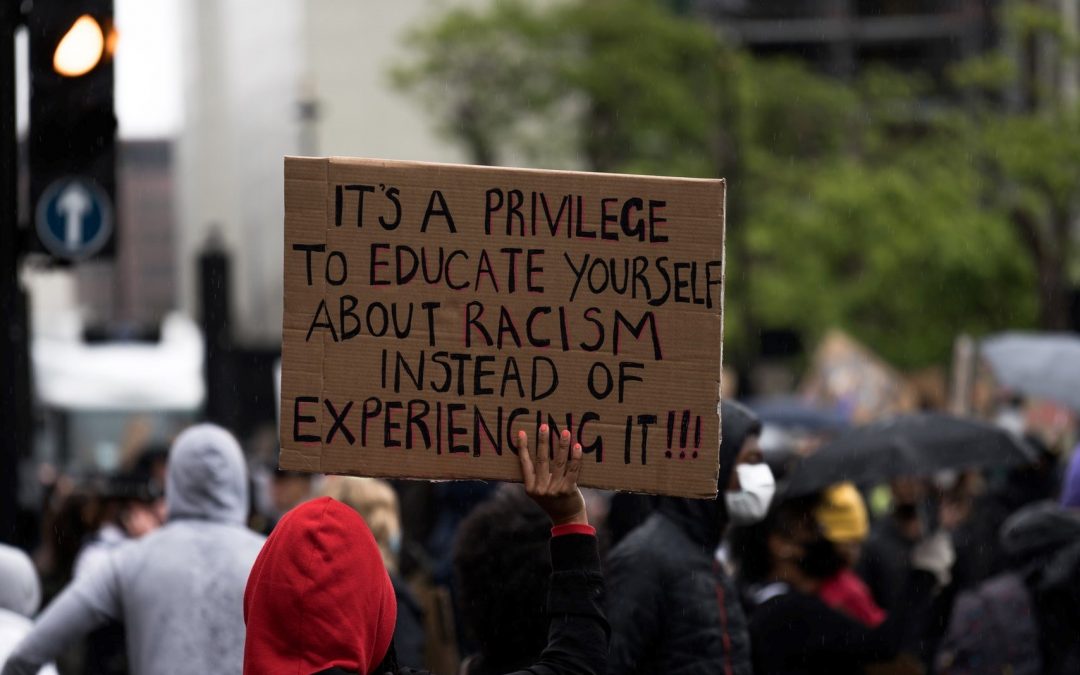 We hear it from politicians, celebrities, political commentators, and those who have launched a so-called ‘war on wokeness’ – ‘Black Lives Matter is Marxist’. It has played out most recently through the discussion of football teams deciding to ‘take the knee’ to show solidarity with the movement and stand against racism in the European Championships.

It is not the first time a social movement or individuals who have fought for equality and equal rights has been labelled as Communist or Marxist. But why? What does this mean, why is it perceived as such a threat, and is it true?

Marxism envisioned the revolutionary overthrow of capitalism by the proletariat (working-class people), and the preparation of the state eventually for a classless communist society.

However, Marxism is theoretical and in modern times, usually means analysing social change through an economic lens, with the assumption that the rich and the poor should become equal.

Historically, communism has often been feared or seen as a threat to western society.

In the 1940s and 1950s, American Senator Joseph McCarthy made public accusations of “card-carrying communists” within the US government. His charges were proven untrue, but his campaigning ushered in one of the most repressive times in 20th-century American politics.

Just three weeks before Martin Luther King Jr’s assassination, an FBI report (not released for 50 years) tried to discredit him while also labelling him a secret supporter of communism, “a whole-hearted Marxist”.

No evidence exists that verifies any of the claims in the report, yet it shows how even then, Marxism was being tied to the fight for racial equality. 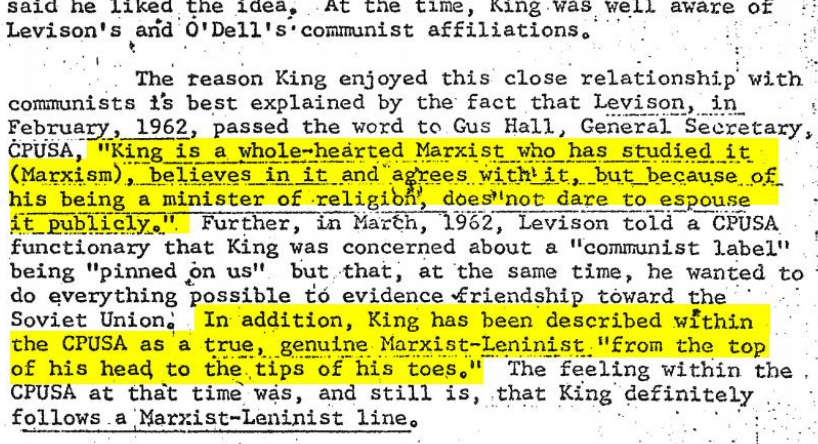 What is the Black Lives Matter movement?

Black Lives Matter (BLM) is an international social movement against racism made up of a broad array of people and organisations. The organisation that initially took the name Black Lives Matter (which is not trademarked and therefore can be used by anyone) was founded in 2013 by three women: Alicia Garza, Patrisse Cullors, and Opal Tometi.

All were community organisers  who set up the group in response to the acquittal of George Zimmerman. On 26 February 2012, the neighbourhood watch volunteer fatally shot unarmed black teenager Trayvon Martin in Florida. In 2015, one of these founders stated that she and another founder were “trained Marxists”.

In response to the deaths of many black Americans at the hands of the police, BLM activists became involved in numerous protests in 2014 and 2015, and by 2016 the originators expanded their project into over 30 local chapters.

Then, in 2020, George Floyd’s murder was broadcast around the world. An estimated 15–26 million people protested in America alone; soon, the protests spread across the globe, encompassing people from every nationality and every walk of life who had decided enough was enough.

Within the BLM movement, an ‘official group’ managed to get the verified tick on Twitter. Still, there is no natural hierarchy or structure to the campaign, contributing to confusion in the press and public.

It would be nonsensical to say that 15–26 million people in America are Marxist or that those who marched across the world’s streets are communists. Black Lives Matter is not a single organisation but a fluid movement; it doesn’t matter if one of its founders was a liberal, Marxist, socialist or capitalist.

There is also an assumption that the BLM movement is violent. We all saw pictures broadcast from America of rioting and property damage. However, the facts don’t justify that. As this Harvard study shows, 96.3 percent of events involved no property damage or police injuries, and in 97.7 percent of events, no injuries were reported among participants, bystanders or police

Another common criticism you see on social media is that BLM wants to destroy the nuclear family (defined as a family unit that includes two married parents of opposite genders and their biological or adopted children living in the same residence). This statement seemed to focus on much of the Marxist label, and it does come from one of BLM’s stated goals which is:

“We disrupt the Western-prescribed nuclear family structure requirement, by supporting each other as extended families and ‘villages’ that collectively care for one another; especially our children, to the degree that mothers, parents, and children are comfortable.”

This statement is very much along the lines of ‘it takes a village to raise a child’. They want to dispel the notion that the traditional family structure is the only way to ensure neighbourhood stability and vitality.

Some may not think it an ideal policy but considering the modern makeup of so many families is now one of diversity, it is a bit of a leap to consider BLM has the power to destroy the family structure.

The truth is, the statement is perceived as a threat to the patriarchy.

In a rapidly changing world, some white people, and white men in particular, feel their societal standing is being diminished by those traditionally deemed to be of a lower class in society, such as women and people of colour

Similarly, taking the knee has been equated by BLM critics to supporting Marxism. They often label it as a ‘political act’ or state that taking the knee is associated with George Floyd.

It was somehow honouring him as a ‘career criminal’.

The gesture, however, has a long history. Dr Martin Luther King Jr took the knee in 1965 while leading a prayer outside the Dallas County Alabama Courthouse, along with several other civil rights marchers after the group, of about 250, were arrested for parading without a permit.

Only a few years later, in 1968, the now-iconic photo was captured of African American sprinters Tommie Smith and John Carlos with raised gloved fists when they received their gold and bronze medals at that year’s Olympics Games. 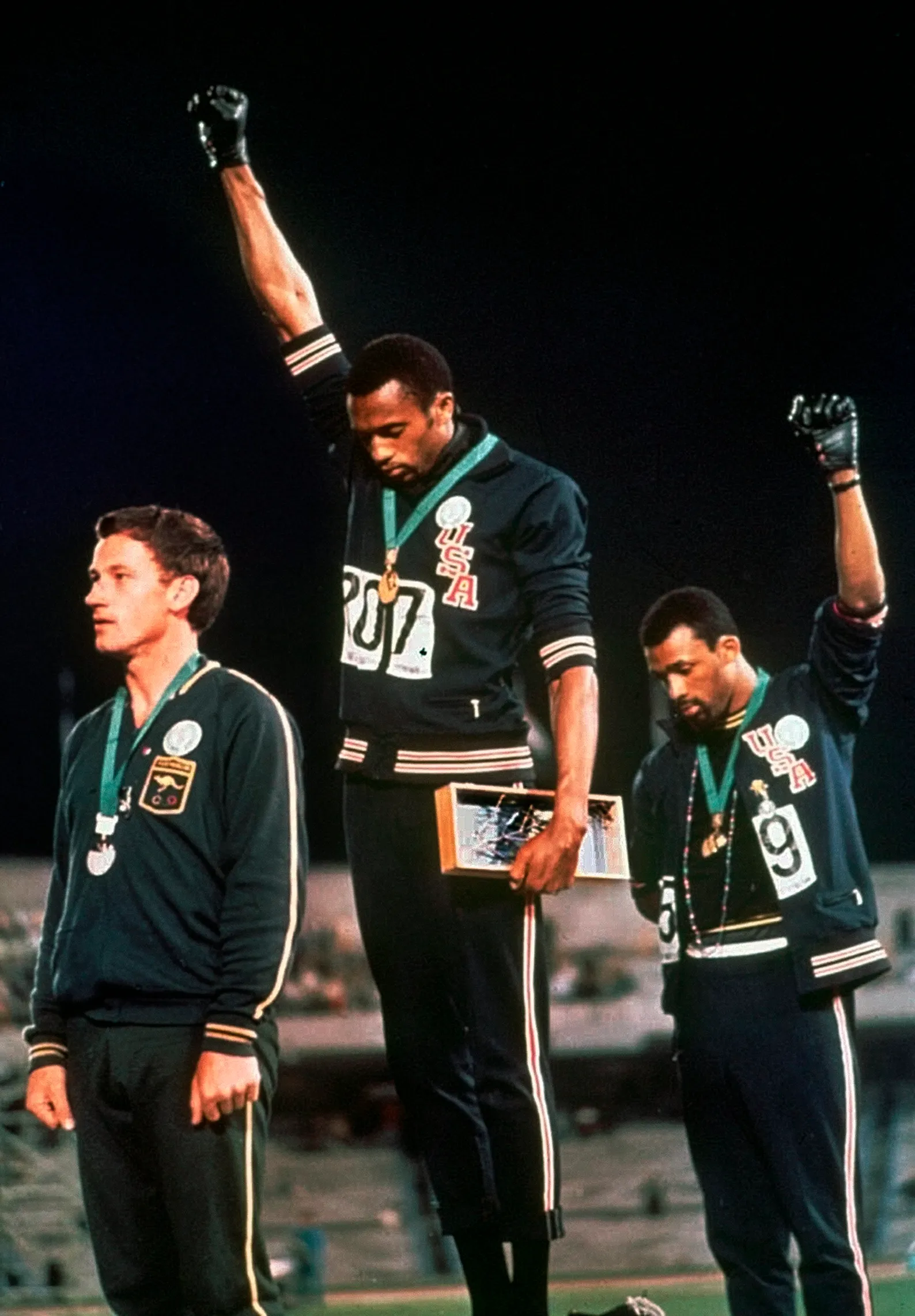 They were booed by the crowd, expelled from the Olympic village, blocked from competing in future US squads, and even found employment outside the sports complex. Their actions, however, cemented the gesture as a way for athletes to use their sport as a platform to draw attention to racial inequality.

The most significant influencer in the gesture of taking the knee, by far, was NFL quarterback Colin Kaepernick. In 2016, he and his teammates took the knee before a game to draw attention to the undeniable police brutality inflicted on black Americans.

Kaepernick was advised by a white ex-serviceman, Nate Boyer, that kneeling was a more respectful gesture than simply remaining in the changing room during the national anthem.

Reactions were highly polarised, and after that season, Colin Kaepernick, despite being a top player, never played in the NFL again.

So is the BLM movement Marxist?

Multiple studies have shown there is no evidence to suggest that the BLM movement is Marxist. It is hugely diverse, and its support for gender identity politics sets it apart from historical Marxism. The goals listed on its website do not appear to be overtly anti-capitalist. Black Lives Matter and taking the knee both started to protest the unfair treatment of black Americans but have now become a global symbol of fighting racism, nothing more.

The real question is, why do those in power try to deride and dilute the BLM message? Well, it’s not that complicated.

The top of the pyramid of power and privilege has been almost exclusively white and male for hundreds of years. They see a rapidly changing world where sectors of society, whether that be by women, people of colour, the LGBTQ+ community, pushing for a society where they are treated equal and have equal opportunities.

People who cannot let go of traditional thinking fear power going to those they have always perceived as lower down the societal ladder than them. Society is weighted against minorities and those on low incomes, and many think that promoting minority interests will diminish their own interests and threaten their standing in society.

There are no valid reasons for fearing or deriding the BLM movement just as there was no reason to fear the Martin Luther King movement.

It is about changing society by ensuring everyone enjoys the same rights and opportunities, regardless of race, gender, or sex, not removing rights from the rest of the community and as a non-black person, Black Lives Matter allows us to open ourselves up to listen, and accept the experiences of others, even if we haven’t experienced them ourselves.