A letter to the Prime Minister, Rishi Sunak 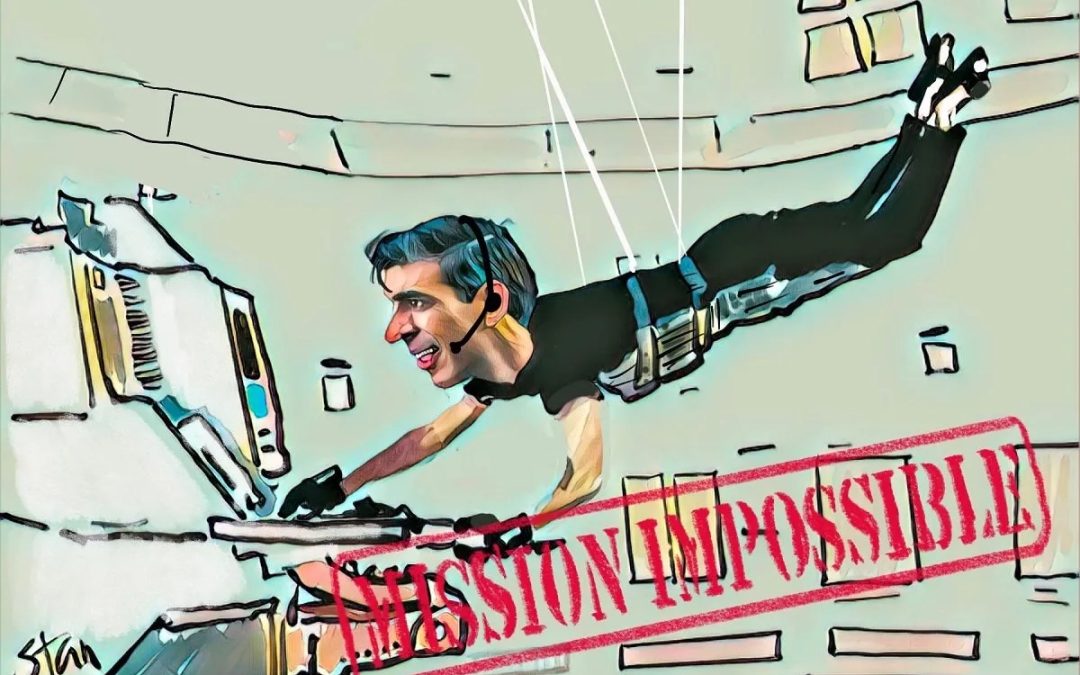 Firstly, my apologies for not writing to you before to congratulate you on your new job. I just thought I’d better hang on for a few weeks to make sure your premiership had a longer shelf-life than your predecessor’s. So, having waited a month, big congrats! Even if you don’t last past the next election, as least you’ll have beaten Dizzy Lizzie’s short spell in office.

I appreciate you must have a great deal on your plate (what multi-millionaire doesn’t?) and that the job is probably a lot more difficult and demanding than you anticipated. Despite that, I hope you think it was worth any sacrifices you may have made. At least your wife hasn’t had to make any, and can always keep you in the style you’ve become accustomed to, no matter what happens in your political career.

With so much going wrong in the country it must be tough to choose where to focus or prioritise your attention and our money. Especially when you have those to the left of you, those to the right of you, and (if there are any) those to the far right of you telling what you absolutely must do, and right now!

Just this week alone I note that you have described relations with China as the end of a “golden era”. Relations with the USA also seem strained, though I’m pleased to see that you and Ursula von der Leyen are making positive noises. Do you know what would really, really improve relations with the EU? Getting rid of that nasty piece of legislation, the Protocol Bill. Though I do appreciate, that with so many nasty pieces of legislation to choose from, it must be difficult to know which bill to ditch first. With so many of them liable to remove rights from the public but likely to give more powers to yourself. I imagine there will be many sleepless nights ahead while the Tory Party gremlins mess with your head.

As a former Chancellor, I had rather expected that you’d have a better understanding of how the UK economy works, or should work. I have to admit, I’m not a fan of ‘Austerity 2.0’, but then I wasn’t a fan of ‘Austerity 1.0’ either. I would be much more inclined to give it a chance if the government hadn’t wasted so much taxpayers’ money on failed PPE contracts, a failed Test & Trace system, a so-called Festival of Brexit, on MPs pay rises and expenses and goodness only knows what else. The very fact that you are now planning to use my/our money to pay for your Christmas parties is just adding insult to grievous injury. Couldn’t your wife treat you all? After all, I assume she’ll be present.

I would like to offer, though, credit where’s it’s due and say thank you for avoiding the annoying habit your two predecessors were so fond of. That of governing by slogan. I am not aware of any Sunak-specific soundbites. I assume that means that there aren’t any. The alternative – that they are so bad as to have gone unnoticed – is hardly preferable.

With regards to how I might be of assistance to you, I understand you are still looking (though perhaps not very hard) for an Ethics Advisor. Despite the downgrading of any powers for the title holder, I’m sure I could offer some interesting, even radical, ideas on the way forward, and frankly, I could use the money! My paltry pension, even with the triple lock retained (thank you kindly) does not stretch far when everything has gotten so much more expensive. Yes, I know, it’s Covid, it’s Ukraine. But, it’s also the dreaded Brexit. Now when even the BBC are discussing widespread Brexit damage, surely it’s time politicians, especially those at the top, did likewise.

The main opposition leader is seemingly trying to be more Brexity than your lot, believing it will win him the next election. With so many Remainer MPs now converts to the Brexit cult, wouldn’t it be novel if a few Brexiter MPs changed their minds too? Not sure I should be pointing this out to you but you could turn public opinion in your favour if you changed tack by promising a return to the Single Market, the Customs Union or, heaven forfend, the EU itself. Of course, you would have the tall order of convincing the country that Tory promises are worth the manifesto they are written on, but I honestly think it’s worth a shot. Beat the opposition to it and get that growing number of Remainers on your side for a change.

I will leave you to ponder how to turn around the fate of your party. I would just like to hope that in the process, you, your cabinet and your government give some thought to turning around the fate of the country. I don’t know if you’ve noticed, but SS Britannia is sinking fast and there’s a distinct lack of friendly neighbours willing to rush to our aid. I wish you every success in turning the ship around, and in your goal of returning the Conservative Party to power at some distant decade in the future.

In the meantime, try not to do as much damage as the last three residents of Number 10 have done, and give the nurses, postal workers, train drivers etc. a pay rise. You may think the country can’t afford to do it. In fact, it can’t afford not to.