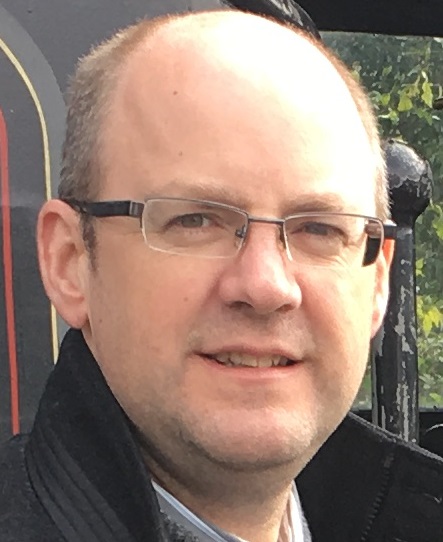 Richard Wilson was one of the founding members of Leeds for Europe in January 2017.  He is currently Chair of the group, which has grown to become one of the leading pro-EU campaign groups in the UK.  He was heavily involved in organising the Great Northern Stop Brexit March in Leeds in March 2018 and has appeared on Sky News, BBC Look North, ITV Calendar and BBC Radio Leeds.

Richard was also one of the founding members of Grassroots for Europe, a network of up to 250 pro-EU campaign groups whose purpose is to bring grassroots group leaders together to share ideas, support grassroots-led initiatives, represent the interests of local groups and generally encourage networking amongst grassroots activists.  In that role he was one of the organisers of the “Where Now For Remain?” conference held in London on 25 January 2020.  He is currently Chair of Grassroots for Europe and was also recently elected as Vice Chair of the European Movement UK.

Do you think the Remain movement is working as effectively as it could? What could be done to bring more cohesion and strengthen our voices even further?

Sadly, the fact that Brexit was “done” on 31 January 2020 means that the Remain movement did not work as effectively as we needed it to. But we mustn’t beat ourselves up about this. We faced an unhappy combination of extremely hostile factors – a ruthless, unscrupulous Leave campaign, a weak, unprincipled official opposition, a rabidly Europhobic UK media and a country cracking after a decade of harsh austerity. We had to construct a new campaign from scratch and race to get it up to speed in time to halt Brexit with what was initially a 2/3 year window of opportunity. What we have build since the referendum – the largest, most passionate, pro-EU movement anywhere in Europe – is astonishing. But, of course, it was not enough to stop Brexit from happening – at least in name.

The starting point for bringing more cohesion and a stronger voice has to be agreeing a clear vision for our movement. The good news – based in particular on what we heard at the Grassroots for Europe conference in London on 25 January – is that there is a high level of consensus across our movement about what we need to do now. This includes – campaigning on the rights of EU and UK citizens, defending freedom of movement, holding the government to account for its promises and decisions on Brexit and rebuilding momentum towards a Rejoin campaign which can kick in as soon as political circumstances allow it.

Organisationally, we need the key national groupings to put past disagreements aside and come together to agree a coordinated and cooperative campaign. This does not necessarily mean a single campaign – there is value in diversity – but it does mean developing a high level of trust and friendliness between the various organisations, so that the whole becomes more than the sum of the parts. 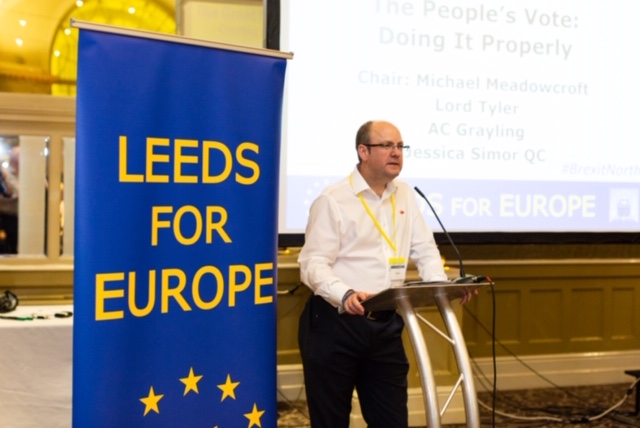 With the benefit of hindsight, is there anything you wish the Remain campaign, or you personally, had done differently over the last 4 years?

When I first got involved in this campaign, back in January 2017, I believed that we would not succeed unless and until we managed to shift public opinion to at least a 60/40 split in favour of cancelling Brexit. Once we had got to something like that level I thought that there would be an almost tangible desire in the UK for a rethink. One way or another this would have led to either the outright cancellation of Brexit, a 2nd referendum or – at the very least – a substantial watering down of the rock hard Brexit favoured by Theresa May and Boris Johnson.

The People’s vote, however, focussed almost entirely on the mechanics of getting a 2nd referendum, without putting much apparent effort into explaining to people why Brexit was an epic mistake, founded on lies, misinformation and an abuse of our democratic system, and on making the positive case for Remaining, based on the principles of preserving and spreading peace, prosperity, freedom and democracy across the whole of our continent.

This meant that PV were always trying to push a rock uphill in parliament. With a fairly static 52-53% of the British public in favour of Remaining, there simply wasn’t enough pressure being exerted by public opinion to create the support in parliament for positive action to stop Brexit. Ultimately, the PV campaign ran out of road.

So, in answer to the question – the Remain movement should, from the very beginning, have fought a far more optimistic, clear and emotional campaign to give the British public powerful reasons for wanting to stay in the EU and to counter the nasty, negative and deceitful campaign being run by the Brexiters.

How do we re-energise campaigners who have switched off now that Brexit has happened?

I was involved in organising the Grassroots for Europe “Where Now For Remain?” conference in London precisely for that purpose! Immediately after the General Election I was concerned that the momentum of our movement could start to dissipate and that groups might – unnecessarily in my view – start to question the ongoing relevance of their campaigns.

I was inspired by the overwhelming response to the conference (we sold all 450 tickets weeks in advance and had a lengthy waiting list) and felt massively reassured that campaigners remain committed to the long struggle ahead of us.

I think campaigners are now looking for unity from the movement and a clear sense of direction. Grassroots for Europe are aiming to act as an “honest broker” in bringing as many parts of the movement together as possible to work for our common goals. We don’t believe in monolithic structures, but we do believe in co-operation and some level of co-ordination.

In the short-term, we can maintain energy levels by going for some quick wins i.e. campaigns where we can align ourselves with the bulk of public opinion and thereby force the UK government to change course. Initially, I would suggest that campaigns on freedom of movement, the rights of EU citizens in the UK, the rights of UK citizens in the EU and the defence of EU standards on animal welfare, the environment, consumer protection and workers’ rights offer opportunities to us.

At the social level, initiatives such as Euro cafes are a great way to keep activists energised, without it seeming like too much hard work! 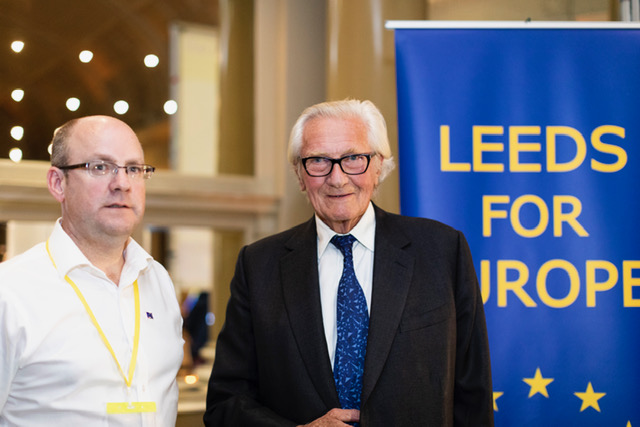 Despite a powerful pro-EU grassroots movement, we were let down by parliament agreeing to a GE. What lessons have we learned on improving lobbying and influencing politicians in the future?

In spite of my criticisms of the People’s Vote campaign, this was one area where they probably did a reasonably good job in very difficult circumstances.

My understanding is that in late 2019 we came exceptionally close to succeeding in getting a People’s Vote agreed in principle by parliament, and that would have been an amazing result.

To be fair to PV, they were having to work with a Labour Party leadership which was ambivalent at best on the question of Brexit and with Conservative MP’s who repeatedly failed to step up in the numbers required when they were needed.

Perceptions of party-political bias within the leaderships of the national organisations were probably the biggest self-inflicted impediment to greater success in building a united and effective anti-Brexit coalition in parliament. So, next time round we need to ensure that the national campaign organisations are scrupulously balanced in their political stance and even-handed in their public and private dealings with politicians. It is not reasonable to exclude party-political politicians from the national campaigns, but they must be seen to put the interests of the pro-European cause above their own parties’ priorities.

How can the Remain movement mitigate the damage of Brexit in the ongoing negotiations?

In the face of a Johnson/Cummings led government, with a stonking 80-seat parliamentary majority, are power is limited. To be brutally honest, we are going to have to accept that there will be considerable damage. Our job as campaigners will be to make sure that the blame for this damage is placed squarely where it belongs – on the Brexiters. 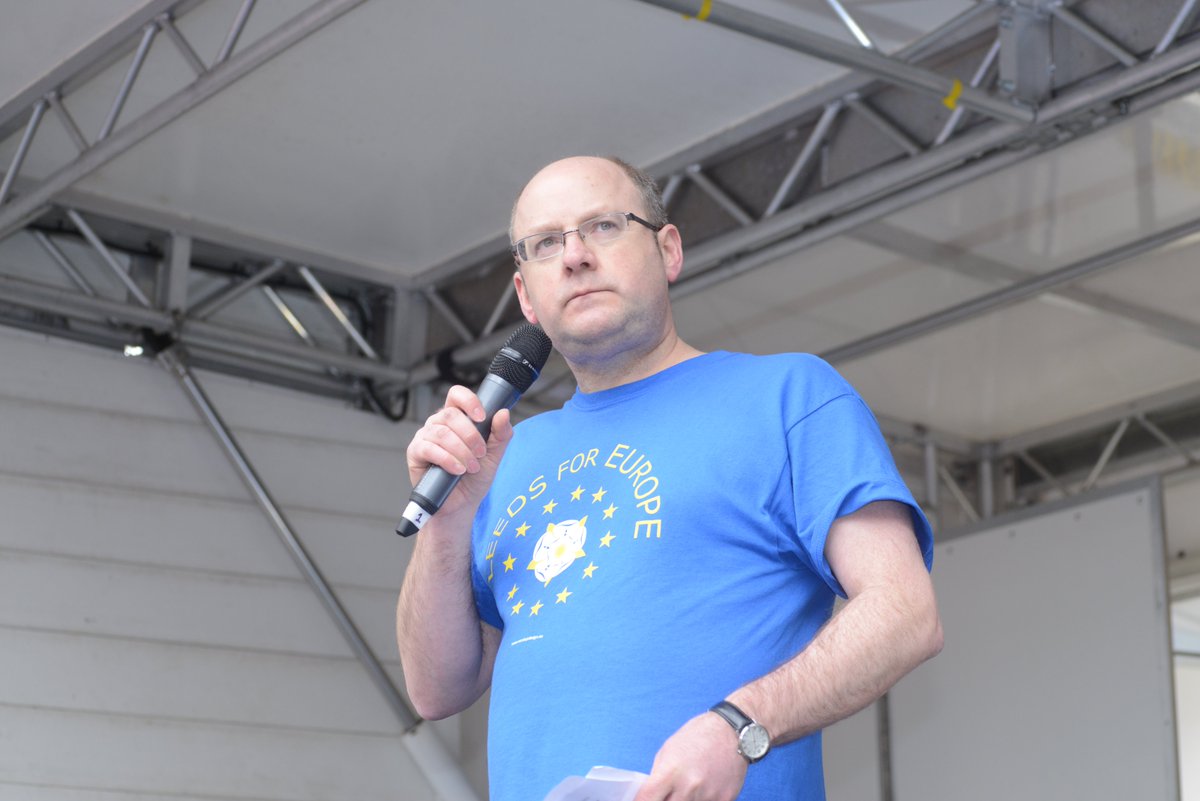 We need to be careful not to fall into the trap of being “miserabilists” – seizing on every single bit of bad news and trying to pin it on Brexit. If we do that, we will be accused of crying wolf and our messaging will start to become ineffective. However, there will undoubtedly be a lot of really bad things happening. We need to identify those Brexit-induced bombshells which the public really hate and make absolutely sure that everyone fully understands the cause. One example is the Brexiter who complained about having to queue at Schiphol airport recently. A small incident, but a powerful and negative foretaste of what is to come as the UK government’s tough new immigration regime comes into force.

Would the Remain movement be more effective if it pulled together or are we better forging ahead within a loosely organised structure?

Probably both! We certainly need to pull together in the sense of agreeing common objectives and being coordinated in our campaigns. It is clearly unhelpful if groups/organisations are cutting across each other, negating each other’s messages and appearing to be chaotic and in conflict with one another. At the same time, there is great value in allowing local groups to flourish and not be stifled by top-down control – in fact, this has been the most positive aspect of the Remain campaign so far.

So, what we need is a loosely organised structure which is pulling together! My own view is that the European Movement UK, of which I am Vice Chair, can provide the solid platform for our movement. It has money, staff, an office, 126 affiliated groups, thousands of paying members, political connections and a history going back 70 years to the aftermath of the 2nd World War. I am encouraging those local groups which are not currently affiliated to do so.

At the same time, the European Movement cannot do everything. This is where the grassroots come in! We have thousands – or tens of thousands – of committed activists. Many of us are highly skilled, knowledgeable and experienced campaigners. We are willing to commit enormous amounts of time and energy to the cause. And we can do this independently, without being given orders from above. There is no reason why we should lose this wonderful capability. That’s why I Chair Grassroots for Europe, which aims to support the grassroots groups by linking them up with each other, bringing forward grassroots initiatives, sharing best practice and representing the interests of the grassroots groups and activists in the face of the big, national organisations.

Hopefully, this twin-track approach will give us the best of both worlds.

Many thanks to Richard for taking part. Next month we talk to Naomi Smith, CEO Best for Britain.