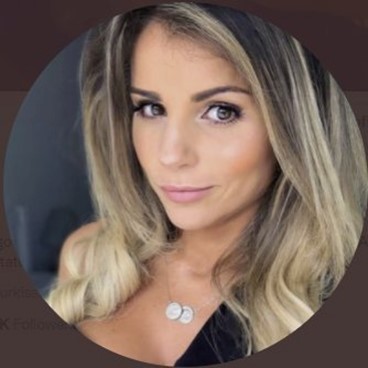 Political Commentator, broadcaster and co-host of The Trawl podcast, Marina is very active on social media, with 289,500 Twitter followers. She has her own show, The Table, on BylineTV and regularly appears on the Jeremy Vine Show.

Valerie Chaplin: Thank you for your no holds barred reporting on “The Trawl” and “Bylines TV”. Do you think, if Labour wins the next election, they will change their “Make Brexit Work” stance, as so many now are realising Brexit was a terrible mistake?

Sadly I’m starting to think Labour will maintain their very hard pro-Brexit stance if they get into power. Keir Starmer has failed repeatedly to leave the door ajar for people like myself who are so-called Remainers and desperate at least for closer alignment to the EU and its single market and customs union, as well as freedom of movement. Starmer also appears to be ignoring all those people who, polls show, are starting to recognise that Brexit is a huge catastrophe for the UK, and he seems to be doing this to appease the red wall voters who voted unanimously for Brexit.

In part, I understand why. The Brexit word is like a touchpaper and he will be hammered by the right-wing press and the Tories if he shows any indication of actually going back into the EU or even just aligning the UK with the single market and customs union. That said, it’s really sad if that is the case because everyone and their dog can see that Brexit is a bad idea. The problem he’s got now is that he’s been so final in his wording about Brexit that it feels there is no more conversation to be had about it. Therefore, if Labour do get into power and do start going back on their word and decide that no, they don’t want to make Brexit work, and yes, they do want to start progressing towards closer alignment with the EU, then they’re going to look like massive liars, and people who lie to get into power, just like the Conservatives – which is dangerous and frankly depressing, given the already incredibly low trust in our politics and politicians, so it feels a bit like a no-win situation.

Helen Johnston: Brexit fans are getting harder to find, but they are still out there. What advice would you give to someone engaging with a Brexiter to try and persuade them away from the ‘dark side’?

I would say, most importantly, don’t speak to people as if they are stupid (even if you think they might be), because straight away you’ll get their back up and the argument is unwinnable. I would just ask them questions about whether their life has improved since Brexiting, whether they feel that what was promised was delivered, if it hasn’t been – why not? And if/when it is – what are they expecting?

If they go down the road of things like ‘sovereignty’, you can ask them what that really means. If they mention controlling our borders, I like to point out that that the ‘migrant crisis’ and record numbers of channel boat crossings, demonstrate that, actually, we lost control of our borders when we Brexited, when we withdrew from the Dublin Agreement, which allowed us to send migrants back if they didn’t qualify for asylum. Or you can ask them why our economic recovery is the lowest of all G7 countries – despite us all weathering the storms of Covid or the war in Ukraine. That tends to get them thinking, even if they dare not admit it.

Also, I think so many people didn’t realise how many benefits there were to being in the EU. Plus now we are seeing the cost of living crisis, we’re seeing interest rates rising, inflation soaring – now don’t get me wrong, this is being experienced the world over due to global shocks, but why is the UK faring so badly? It’s because of Brexit. Brexit isn’t the sole cause, but it has exacerbated almost everything.

Everything is in crisis now thanks to 12 years of Tory rule, but in particular interest rates, inflation, the NHS, social care, etc. – much of this down to our super tight labour market, thanks to Brexit.

And we need to reassure people we’re debating with that it’s ok – we don’t blame them. After all, they were expertly lied to, promised a Utopia, so I don’t blame these people for voting for it. But I would just say, try to wake up now and see that what you were promised is not going to be delivered. And the opportunities that they talk about as well, like deregulation, is only going to benefit the 0.01% of very rich people and very rich business owners. It’s also going to make it even harder to trade with our partners in the EU if you have no regulations.

Tony Isaac: The Tory Government seems to be running out of road with ever more toxic rhetoric against migrants and “wokery” as a last desperate tactic to stay in power. Is this the beginning of the end for the right-wing ideology behind Brexit?

Do you know what? I think it may be. I think what we are seeing now is what is left of the Tory party, the dregs if we’re honest, clutching to whatever “woke wars” they can, to try and keep people angry and divided, and to keep them in power. And the migrant crisis, or rather the Home Office crisis, as I like to call it, is a vehicle for doing that. The use of words like “invasion” by Suella Braverman was just so inflammatory, and done on purpose.

And then you’ve got, sadly, Rishi Sunak, who has said that it is one of his main priorities to fix the migration crisis. Now when you actually think about how much the migrant crisis impacts people in their day to day lives, versus the huge cost of living crisis which has been exacerbated by Brexit, which has basically been delivered by 12 years of Tory governance and austerity, why aren’t people more concerned about that? Well, because the Tory Government and the right-wing press make sure that they deflect away from this, to focus people’s energy and anger on the migrant crisis, when instead they should be focusing on the Tories.

So I think they are going to cling to this rhetoric for as long as possible to avoid a light being shone on them. But yes, I agree, they are running out of road.

Lisa Burton: I enjoyed Byline TV’s The Table with yourself Supertanskiii and Dan Hodges. Do you think there should be more room given to debating with those who have completely opposing views?

This is a tricky one, because I quite like to engage with people and try and break down their arguments. A bit like the way that James O’Brien does, and he’s very good at doing this, just by asking questions.

The problem I’ve got, which is why I’ve turned down going on channels like GB News, is because sometimes you run the risk of giving validity to someone whose argument doesn’t deserve it, when you engage with them. So, for example, you can argue about Brexit and people have got their thoughts, and you can break it down with facts and they come back at you with their “alternative facts”. But, with people like climate change deniers, or people who intentionally spout misinformation, I worry that if someone like myself were to have a public debate with them, it brings credence to their viewpoint, in that pursuit of false equivalence. So there could be a danger in actually letting them air their views, and perhaps having people believe them.

So I think it’s a really difficult question, and you have to use your own judgement to decide whether that person is worth engaging with in good faith, and could there be a good outcome? If not, it’s probably best to steer clear.

Steve Wilson: With so many followers and your willingness to speak out you must attract a lot of trolls. How do you deal with the criticism, negativity and abuse?

I tend to ignore as much as I can. Obviously, I’m human and there are some things that if I see them, they really get to me. I posted a tweet just a few hours after giving birth and was expecting some backlash… It was in response to Nicola Sturgeon saying she detests Tories, and I basically said:

“I’ve just given birth, and I’m full of the kind of drugs that make you love everyone, and I still detest the Tories.”

It was tweeted in jest and my eyes were still popping around in my skull from all the post-labour drugs as I struggled to type it! It got huge traction, but there were some very personal replies, quite horrible, suggesting I wasn’t a good mum, basically telling me I should be focusing on my baby. One person actually called me a sick woman. Because I was in a bit of a vulnerable state when I read those, it made me feel awful. But I just muted the conversation, and didn’t look back. And I think that’s a discipline that I have learned, and one needs to learn when you are on Twitter. You need to have the discipline not to engage, not to read everything, because some people are going to be horrible and they get their satisfaction from getting a reaction from you and knowing that they’ve got to you. If you don’t engage, you starve them of oxygen and eventually they lose interest, which is why I think I actually get by with very little in the way of abuse – that I notice anyway!

David Eldridge: How do you foresee the next election? When will it be, and what do you think the result will be?

Interestingly, I would like a coalition Government. My worry with a purely Labour Government is that Keir Starmer would not then feel any pressure to deliver on proportional representation. For me, this is the biggest issue, because proportional representation, that huge, desperately needed overhaul to our voting system means that we will never find ourselves in the frustrating position of being in a two-party race, which has made us so divided, and has also created such apathy in the electorate. So, for me, that is the best outcome. Whether that will be the case or not, I’m not sure.

I think the way Keir Starmer is going, especially with the finality with which he talks about never going back into the single market and customs union, never discussing freedom of movement, runs the risk of alienating lots of would-be Labour voters. And if he continues in the same vein, I think more people who feel politically homeless, who would have voted Labour, will vote for other left-wing parties, which could then end up in coalition, which is my preference.

And what would I encourage people to do, if, like me, you detest the Tories and just want them out? Well, you may need to just suck it up for now and use your vote tactically – by that I mean, on voting day just hold your nose, if you need to, and vote for the party most likely to unseat the Tories. Yes, you may hate Labour, but I can assure you, the Tories are worse. And for up-to-date guidance on who you should tactically vote for in your consistency to do just that, be sure to follow The Movement Forward on Twitter (@MVTFWD) or visit https://themovementforward.com/crisis/

Eyes on the prize!