Sue Wilson Writes: Remainers must forgive fellow Brits in Spain who fell for the Brexit lie 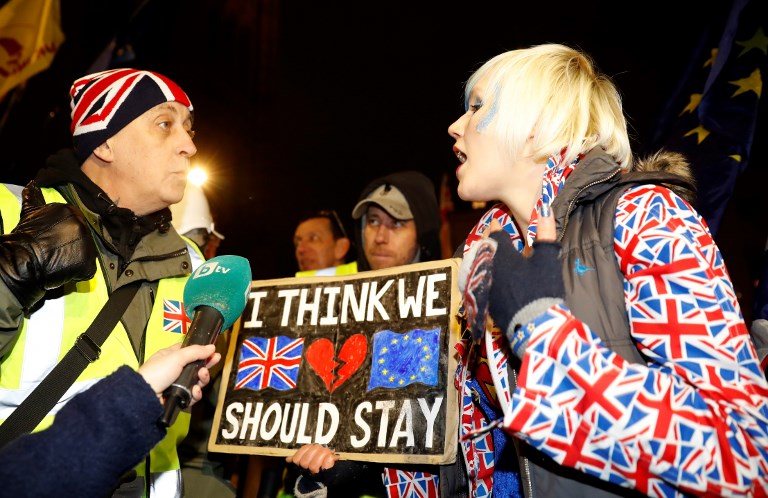 There’s no doubt that Brexit has caused a deep rift in society, often dividing colleagues, friends and families. In this week’s column Sue Wilson from the Bremain in Spain campaign group says remain voters must forgive fellow Britons in Spain who fell for the Brexit lie.

When I speak to people in the UK, I’m commonly asked: “Is it true that some Brits living in Spain voted for Brexit?” People seem genuinely surprised when I confirm it’s true. They frequently ask: “Isn’t that like turkeys voting for Christmas?”

The next question is, inevitably: “But why?” I’ve pondered that many times over, as have other pro-EU campaigners living in Europe.

In my role as chair of Bremain in Spain, a campaign group that works to stop Brexit, with a membership of Remainers, it would be easy to ignore the question altogether. Spending so much time in a Remainer “echo chamber”, I could almost forget the Leave side. However, it’s important to understand opposing views.

The reasons why some Brits in Spain voted Leave are the same reasons that Brits in the UK voted for Brexit. Whether they believed Turkey was about to join the EU (it isn’t), that the UK doesn’t control its borders (it does), or the infamous lie mounted on the side of the red bus, I believe most people wanted what was best for the UK. They voted for a better life for themselves and their families, even if Brexit could never deliver it.

I frequently hear of conversations – sometimes heated, sometimes fatal – between families, friends and colleagues, on different sides of the debate. The divisions created by Brexit are deep and strongly-held. They run against previous groupings that were based largely on socio-demographic background and political inclination. Many people have lost some old connections and have replaced them with strong, new ones, forged in unlikely places.

A common belief of Leavers in Spain is that Brexit would change nothing – life would continue as before. In some ways, that could be true for Brits living in Spain, especially for those with disposable income and/or a bolthole in the UK. In the event of Brexit, especially a hard one, we would avoid the immediate issues faced by UK residents, such as food shortages and price increases.

However, the impact could be felt re travel/visa requirements, the potential further devaluation of sterling, or a reduction in our rights and freedoms. Some of these could have significant consequences for us.

The truth is that we don’t know all the implications – we don’t even know what Brexit might look like at present. Furthermore, a forthcoming snap election in Spain could impact the Brexit bilateral negotiations. I have a good understanding of the situation, but even my crystal ball can’t predict the future under these circumstances!