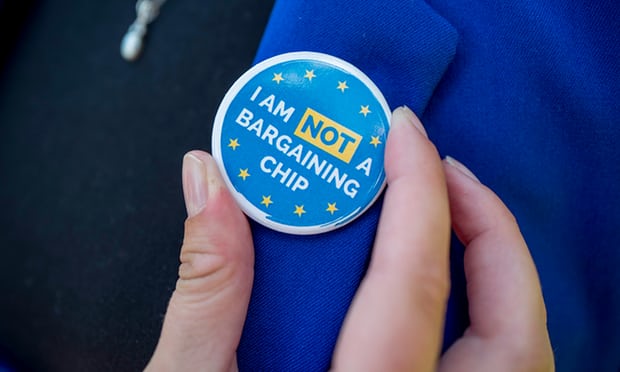 Campaigners for the rights of EU citizens in the UK and British nationals in Europe have said a letter from Theresa May reassuring them they will be allowed to stay where they are post-Brexit is “meaningless” and a PR exercise aimed at other EU leaders.

Activists lobbying on behalf of the 3.6 million EU citizens in the UK said the letter was welcome but addressed to the wrong people. “We want to stay in this country. So we agree on that. But this letter is for the eyes of the leaders of the Council of Europe. If she really meant this, this letter would have been sent 12 months ago,” said Nicolas Hatton, the co-founder of the3million group.

He said EU leaders had been happy to meet them, but all requests for meetings with May or the Brexit secretary, David Davis, had been rebuffed. They were meeting the EU’s chief Brexit negotiator, Michel Barnier, again in November, and if May was really committed to their plight then she would meet them too, he said.

British nationals in Europe also expressed scepticism. “It is hard not to take a cynical view [of this letter], especially in view of the timing. I still feel we are the human shields,” said Debra Williams, a Briton living in the Netherlands who runs Brexpats: Hear our Voice.

She called on May to ringfence talks on their rights to ensure Britons in Europe are not deemed unlawful residents in 2019 if the UK crashes out of the EU with no deal.

“I wrote to the Department for Exiting the EU regarding this and I have had four separate replies including a letter from 10 Downing Street. All ignored this question. Yes, we are mightily fed up,” Wilson said.

Hatton said May’s claim that Britain was within touching distance of a deal was hard to reconcile with his group’s view that negotiators were “barely out of the starting blocks”, with fundamental differences of opinion remaining on oversight by the European court of justice and a new “settled status” immigration category that campaigners say amounts to a diminution of existing rights.

Read full article from The Guardian…