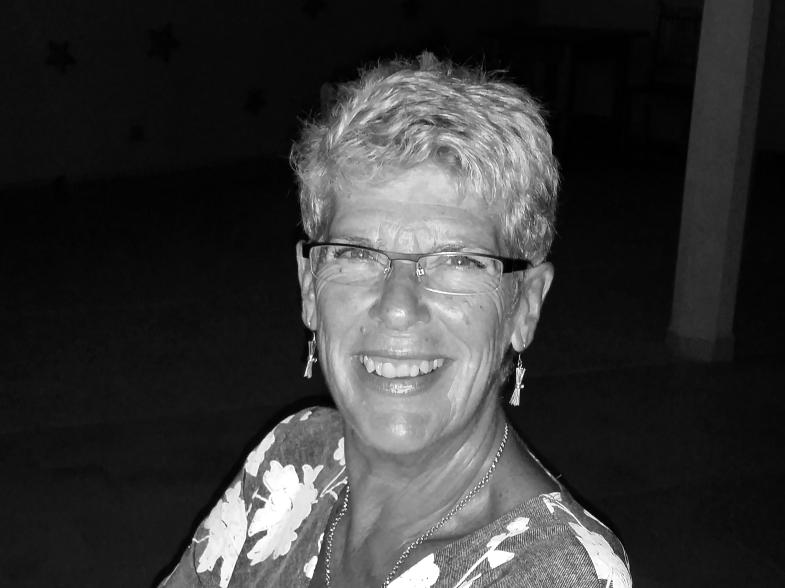 Sue Wilson lives in Alcossebre, Spain, with her husband and five cats. She is a part time Project Manager, hoping to retire in the near future. Since the Brexit referendum, she has become better known as the Chair of Bremain in Spain, the pro-EU campaign group with over 5000 members, which represents British citizens living in Spain who will be affected by Brexit. Sue had no interest in politics before the referendum but now devotes 50-70 hours per week to what she calls her ‘obsession’ – fighting to stop Brexit and protect the rights of British citizens living in Spain.

Sue says she is an optimist by nature and firmly believes that Brexit – ‘the worst crisis to affect the UK for decades’ – can be stopped. She says ‘it’ll be painful, damaging and expensive, but common sense must prevail in the end.’

I was keen to chat with Sue about her campaign, and her feelings about Europe more widely, so delighted she agreed to be interviewed. Look out for a feature on the Bremain in Spain campaign, coming soon.

Originally from Oxford, I am 63 years old, married, & living in Alcossebre with my husband Steve & 5 cats. We have lived in Spain for 10 years, & plan to spend the rest of our lives here, Brexit permitting. I work part-time as a Project Manager, renovating houses, & Steve works part-time as an IT Trainer in the UK. We had planned to retire this summer, but with our income being reduced by almost 20% due to the devaluation of Sterling, we have postponed becoming “pensionistas” until next year. Most of my time is taken up running Bremain in Spain.

I speak reasonable Spanish – probably intermediate level, though I need to study more. I was studying everyday before 23rd June, but haven’t done any since the referendum!

Yes, I’m proud to call myself a European. My European identity & citizenship is very important to me. It has allowed me to live & work in Spain & plan my retirement here. I would be loath to give up my British nationality (which I would need to do if I wanted to become a Spanish Citizen), but only for practical reasons e.g. what effect would that have on my UK pension & what would happen if I decided to return to UK in the future? – I would just be another unwanted European immigrant. I used to be proud to be British – not any more. What the UK is becoming makes me ashamed.

Freedom. Hard to choose one though – I also think of peace, friendship, diversity.

No – I gave up a successful career in the UK (in Sales Management & Training), knowing full well that living & working in Spain would mean slowing down, less responsible work & a different work/life balance. At 53, I felt it was time, & the pros far outweigh the cons. I never thought that at 63 I would end up working harder than I have ever worked in my life, & for no money!

My work isn’t directly benefitted by the EU, but in my voluntary campaigning work for Bremain in Spain, I have become much more aware of everything that the EU does, & the professional way they do business – in stark contrast to the behaviour of the UK government. I know far more about the EU now than ever before.

Professionally no, personally yes. The more I learn, the more I value the relationship & appreciate everything that the EU has given us.

Over a year on, & I’m still angry, & still determined to do anything/everything in my power to stop Brexit from happening. I was heart-broken when the referendum results came in, & it took me a full 3 weeks to recover from the upset/shock/horror sufficiently to start taking action. I have never felt so strongly about anything in my life. If we fail to stop Brexit from happening, I will campaign for the rest of my life, or for as long as it takes, to get the UK back in the EU.

I certainly feel more European than British after 10 years in Spain. I was fortunate to live in Oxford, London & Cambridge in the UK – all multi-cultural cities where the diversity was a positive aspect. I have more Spanish friends in Spain than English ones, & find the Spanish extremely friendly & welcoming – in fact, we feel more like family than friends. We also like to holiday in Europe too & experience different cultures & cuisines, & have visited Italy & Malta in the last 15 months.

I’m Chair of Bremain in Spain (as mentioned earlier) – a group of 5000 Remainers, mostly based in Spain. We have 2 objectives – the first is to fight against Brexit; plan b) is to protect the rights of British citizens living in Spain. We are also 1 of 11 groups across the EU that make up British in Europe – this coalition works with EU citizens groups in the UK, like the 3Million, to protect all of our rights, & we work closely with the EU & UK governments in this regard. We take this work very seriously, & we believe it important to protect our rights whatever the outcome of Brexit. Having said that, fighting Brexit is our number one priority, & we are partnered with 2 large UK campaign groups to this end – Britain for Europe & European Movement.

Success for UK & EU citizens would be for the UK government to agree to the offer that the EU have on the table with regard to citizens rights. We had a role in writing the proposal, & the EU would have us retain almost all of our rights – the UK offer by comparison is inferior, & would have us treated as 2nd class citizens. All of these issues would go away though if we manage to stop Brexit from ever happening. If we don’t leave, none of our rights would be threatened. If we are successful, there will be parties all over the UK, & Europe, that will go on for days!

Fine by me – in fact I would not have a problem even with joining Schengen. We have strength in numbers, & Brexit has had one positive effect on the Union – it has woken the EU up, made the 27 countries think seriously about their own membership, & brought about an even stronger bond.

Impossible to single out one place (leaving aside where I live in Alcossebre) – there are many wonderful cities (Barcelona, Venice, Amsterdam), an amazing diversity of scenery (Spain, Croatia, Greece), so many different cultures. I’d have to say Europe itself – each country has so much to offer & is so different from the next one. I hope one day to visit them all.

As much as any of them are true, then I guess there is some truth to all of them, as much as there are elements that are false too – that includes the Brits too! However, I hope I never fall into the trap of associating a stereotype with an individual – even if others would say that Brits, for example, are overly polite, doesn’t mean they all are!

Haven’t a clue! Not a coffee drinker.

The refugee crisis – innocent people are dying, whilst searching for a better life. Not enough is being done to help them, or to resolve the issues that force them to leave their homes in the first place.

Brussels & Luxembourg – I would love to get close to European politics in action, having learnt so much about it over the last year.

History was never my strong suit, & I’ve always been one to look forward rather than backward. How far back do you go? Treaty signings? World wars? I know there have been many significant moments/events, though I’ve only really become aware of the significance of many since the referendum. I would have to say, speaking personally, it would be 23rd June 2016 – that day changed my life, & I’m still feeling the effects, & likely to for a long time.

No, & I hope that’s not just wishful thinking. I believe it to be next to impossible in terms of complexity, & I suspect that a transitional deal would be on the cards. If that were to happen, then we would barely notice any difference except it would cost more & UK would lose any say, so less control rather than more. At some point surely the question would be asked, if this is the deal, & it’s worse than what we had before, then what is the point?

I also think that since the election, it is noticeable how often the media now say “if” rather than “when” Brexit happens. There are even journalists now openly writing about the possibility that Brexit may not happen – that would have been unthinkable before the election. We have a long way to go, & it won’t be pretty & it won’t be cheap, but there is every reason to be hopeful that the UK will come to its senses, MPs will start listening to the public change of mood, & that they will act in the best interest of the country.

Yes – it is stronger than ever, pulling together, & successful. Long may it continue.