‘Mixed feelings’: British citizens in Europe finally get right to vote for life 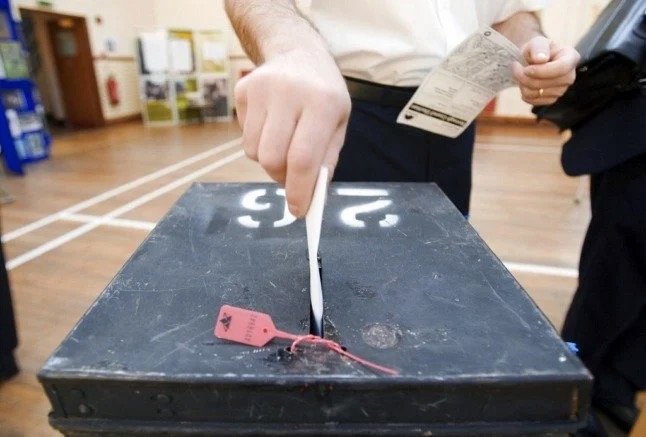 By Hayley Maguire – Originally published in The Local Es

British citizens living abroad will no longer lose their right to vote in UK elections if they have been abroad for over 15 years, after a long-term government pledge finally became law. Here’s what we know about the new rules.

The UK government’s Elections Bill finally passed through the House of Lords in the British parliament on Wednesday night. Part two of the bill was was hugely important for British citizens living abroad because it restored their right to vote in UK General Elections, no matter how long they have lived abroad for.

Previously the so-called ’15-year rule’ meant Brits who had been out of the country for more than 15 years lost the right to vote back home. This rule effectively barred tens of thousands of Britons abroad from voting in the 2016 EU referendum, despite the fact the result had a direct impact on their lives.

It is believed the bill now extends voting rights to some 3.5 million British nationals living around the world, over one million of those living in Europe.

The move marks a victory for those Britons who have long campaigned against the 15-year rule, none more so than 100-year-old Harry Schindler, a British citizen living in Italy who began the campaign many years ago.

Whilst the reaction has been mainly positive to the change, there were reasons for Britons not to be satisfied.

Jane Golding, former co-chair of British in Europe, and chair of British in Germany was, like many, unhappy with the another element of the bill that means voters will have to show mandatory photographic ID at the polling station, a move that critics say will make it harder for less well-off citizens and young people to vote.

“We are of course very pleased to have our votes back and pay particular tribute to the tenacious campaign that Harry Shindler has run for many years to make this happen,” Golding told The Local.

“Members of our British in Europe steering committee, including myself, have also campaigned for many years to make this a reality but it is difficult to celebrate a bill that undermines the independence of the Electoral Commission and will probably make it more difficult for lower income or disadvantaged UK resident citizens to vote. Moreover, the proof will be in the pudding: a right is only a reality when it is properly implemented.”

“Today’s long-awaited result brings with it mixed feelings. My 15 years outside of the UK will be up in August, so my stake in the outcome is very personal. I should feel like celebrating the overdue restoration of our democratic voting rights.

“However, it’s impossible to ignore the cost to others and to UK democracy in general. Where we are gaining back voting rights, others will be disenfranchised by the new requirement for photo ID. The bill has also removed the independence of the Electoral Commission and made it easier for foreign money to influence future elections. What should today feel like a win, sadly does not.”

What are ‘votes for life’?

The new rule will allow British citizens living in another country to continue participating in the democratic process in the UK by retaining their right to vote – no matter where they live or how long they have been outside of the UK.

The changes were part of the Elections Bill, and also make it easier for overseas electors to remain registered for longer through an absent voting arrangement.

This means electors will have to renew their registration details every three years instead of annually.

How can British people overseas use ‘votes for life’?

The new “votes for life” will apply to all British citizens living overseas who have been previously registered to vote or previously resident in the UK.

The absent voting arrangement means individuals will be able to reapply for a postal vote or refresh their proxy vote at the same time as renewing their voter registration.

However, overseas electors will only be entitled to register in respect of one UK address, with clear rules put in place surrounding this.

British people wishing to register to vote under the new measures will also have to show a “demonstrable connection” to a UK address.

The government states that someone can demonstrate their last address by checking past copies of the electoral register or local data such as tax records, or by documentary evidence or, “failing the above, an attestation from another registered elector”.

Why has the UK government made these changes?

Unfortunately this comes too late for many Brits abroad to get a say in the thing that has had the biggest impact on their lives – Brexit – but it’s better late than never.

In a previous press release, the UK government stated that decisions made by UK Parliament impacts British citizens who live overseas and so they should have a say in UK Parliamentary General Elections.

But issues such as NHS access, UK university fees, nationality and border measures are also of huge significance to Britons living abroad.

Lord True, Minister of State for the Cabinet Office, said previously: “In an increasingly global and connected world, most British citizens living overseas retain deep ties to the United Kingdom.

“Many still have family here, have a history of hard work in the UK behind them, and some have even fought for our country.

“These measures support our vision for a truly Global Britain, opening up our democracy to British citizens living overseas who deserve to have their voices heard in our Parliament, no matter where they choose to live.”

More could  be done for Brits abroad

Many other countries already give their overseas nationals the right to vote for life and some, including France, have MPs dedicated to representing nationals who live overseas.

But an amendment put forward by the Lib Dem party to give Britons abroad MPs was rejected.

The Lib Dems also criticised the British government for failing to streamline the voting process to make it easier for Britons to vote from abroad. The government rejected a call to move to electronic voting for those overseas to replace postal voting.