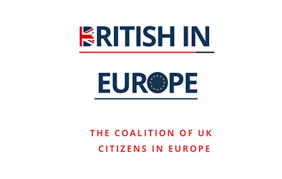 On Thursday 22nd March, the European Council will consider the draft UK Withdrawal Agreement prepared by the EC Article 50 Task Force (“the draft”). The aim is to produce a legally enforceable agreement embodying the political understanding reached in a Joint Report (JR) last December and dealing with other outstanding issues.

The European Parliament’s resolution of 13.12.17 made it clear that the JR did not go far enough in a number of important respects. British in Europe and the3million published a detailed critique of the JR (see point 1 below) with suggestions as to what the Withdrawal Agreement needed to include to achieve the stated aim of ensuring that nothing would change for EU27 nationals in the UK and for UK nationals in the EU.

In preparation for the European Council’s consideration of the draft, we have conducted a review and prepared a checklist of initial comments. We will supplement this with a detailed legal analysis of the draft once adopted. Our comments cover the following:

Since ‘nothing is agreed until everything is agreed’, all of these issues must be addressed in Phase 2 and accorded at least equal priority to that afforded other issues such as Northern Ireland.

This last is an entirely new and highly restrictive provision introduced at a late stage into the negotiations by the Commission without prior consultation. It is not even clear from the wording what it means. It could mean:

2. Articles 12-18: Securing our status. We will not repeat all the arguments we have made previously concerning the acceptance by the EU of the UK’s proposal for settled status (see point 3 below) and, the inclusion at the last minute, due to reciprocity, of an option for EU 27 countries to apply a similar conditional application system to UKinEU, in clear departure from EU law. The draft deals with this in Title II, Chap I:

3. Article 9: Future family reunification. In contrast to free movement, this right, which is also still subject to negotiations, has been included in the draft. We are happy to support this for both groups, as a failure to provide it will result in discrimination vis-à-vis the younger demographic in the UKinEU and EUinUK groups.

1. Article 9: Family reunification. “Surinder Singh” rights for returning citizens. This is not covered. Citizens returning to their home countries post end-transition should be able to do so with their non-British or British non-EU spouses under EU rules, not national immigration rules. Put simply, a German citizen who leaves the UK post end-transition must be able to return to Germany with a British spouse, and a British citizen who leaves Germany to return to the UK with a German spouse must be able to do so too, both under EU rules as they can now.

2. Article 9: Zambrano carers (non-EU parents caring for children who themselves have rights under the WA). The draft does not cover them, but should.

3. Article 25: Recognition of qualifications limited to host State or State of work. This limitation is linked to free movement for UKinEU but it will impact all those who hold UK qualifications, whether EU citizens in the UK or UKinEU.

4. Rights of lawyers to establishment under their home title in the host state. Article 2 of Directive 5/98 allows lawyers to establish themselves in another Member State under their home title. Where a person who falls within the personal scope of the draft and their sole place of establishment is in their host state of residence so that they practise solely out of the host state, there appears no logical reason to exclude such establishment under Article 2. There is no logical reason why a French or German lawyer currently practising under their home title and solely established in the UK, possibly dealing with French/German clients both in the UK and in France/Germany should not continue to do so; the same is true for a UK lawyer who actually resides in their host state, and practises solely out of that host state. This clear removal of an existing right to practise could not come at a worse time: an Italian in the UK in doubt about his/her post-Brexit rights is most likely to want advice from a co-national: this restriction removes a set of UK-based Italian avvocati from being able to give such advice.

2. Articles 8(b), 8(d), 9(1)(c), 9(1)(d), 23(2) and 24. Frontier workers. There are a number of issues that need to be clarified. In the definition, how frequent, regular or recent as at Brexit does the economic activity have to be? How are status and state of work to be evidenced, in particular for self-employed frontier workers? What happens once the current job in the state of work comes to an end? There must be at least a “grace period” of, say, a year to get another job/establish another business.

5. Articles 18 and 19: Some redrafting of Articles 18 and/or 19 is required as at present they are self-contradictory. Chapter VI of Directive 2004/38 contains important safeguards for those who are accused or guilty of misconduct: in addition to due process requirements the safeguards also prevent deportation unless such a measure is proportionate having regard to the offence and the personal circumstances of the offender and his/her family. Art. 19 of the Commission’s draft says that these safeguards apply in any case of restriction of residence rights. Art. 18.1 says that Chapter VI applies to conduct prior to the end of the transition period, but Art. 18.2 clearly implies that it does not apply to post-transition conduct. The WA needs to make clear what parts of Chapter VI apply in the case of post-transition period conduct: among other things, in addition to the procedural safeguards of Chapter VI, it needs to be made clear that, whenever the misconduct took place, residence rights can only be restricted in a way which is proportionate, so that Directive Articles 27.2 and 28 should apply.

6. Articles 22 and 23: Rights of self-employed persons. These are currently subject to Article 32 in the draft. Please note our comments above on Article 32.

2 The draft does not make clear whether it also prevents UK workers employed by an EU company from providing services to clients of the company based in other States.

3 For example, see joint paper with the3million, Considerations for Phase 2, as above.

4 See for example our Considerations for Phase 2 paper as above.