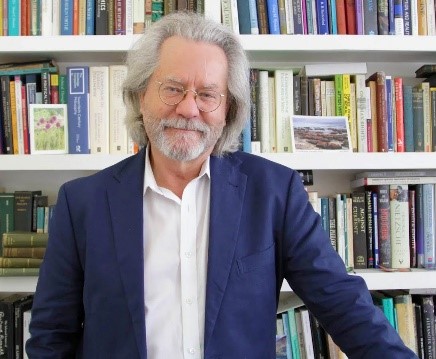 A.C. Grayling, CBE, MA, DPhil (Oxon), FRSA, FRSL, is the Master of the New College of the Humanities, London, and its Professor of Philosophy. He is also a Supernumerary Fellow of St Anne’s College, Oxford. He is the author of over thirty books of philosophy, biography, history of ideas, and essays.

He was for a number of years a columnist on the Guardian, the Times, and Prospect magazine. He has contributed to many leading newspapers in the UK, US and Australia, and to BBC Radios 4, 3 and the World Service, for which he did the annual ‘Exchanges at the Frontier’ series.

Lawrence Baron: What has to happen to hold the Tory government accountable in a national and international court of justice for any abuse of power during the Brexit process?

I don’t know the answer to this question, but my guess is that there is no direct remedy for a general ‘abuse of power’ unless annexed to specific charges of genocide or systematic violations of human rights. It is a shaming reflection that the UK is in the same camp as Hungary, North Korea and a few others one could mention where government acts contrary to the interests and wellbeing of the citizenry.

Our remedy has to be to get the Tory government out, in the process demanding that the opposition parties unify on a platform of electoral reform, that there then be a proportionally elected parliament and that it be asked to put the question of EU membership back to the people. This sounds onerous given the opposing wind of our dysfunctional electoral and constitutional system, but it is not only our best hope, it is doable. 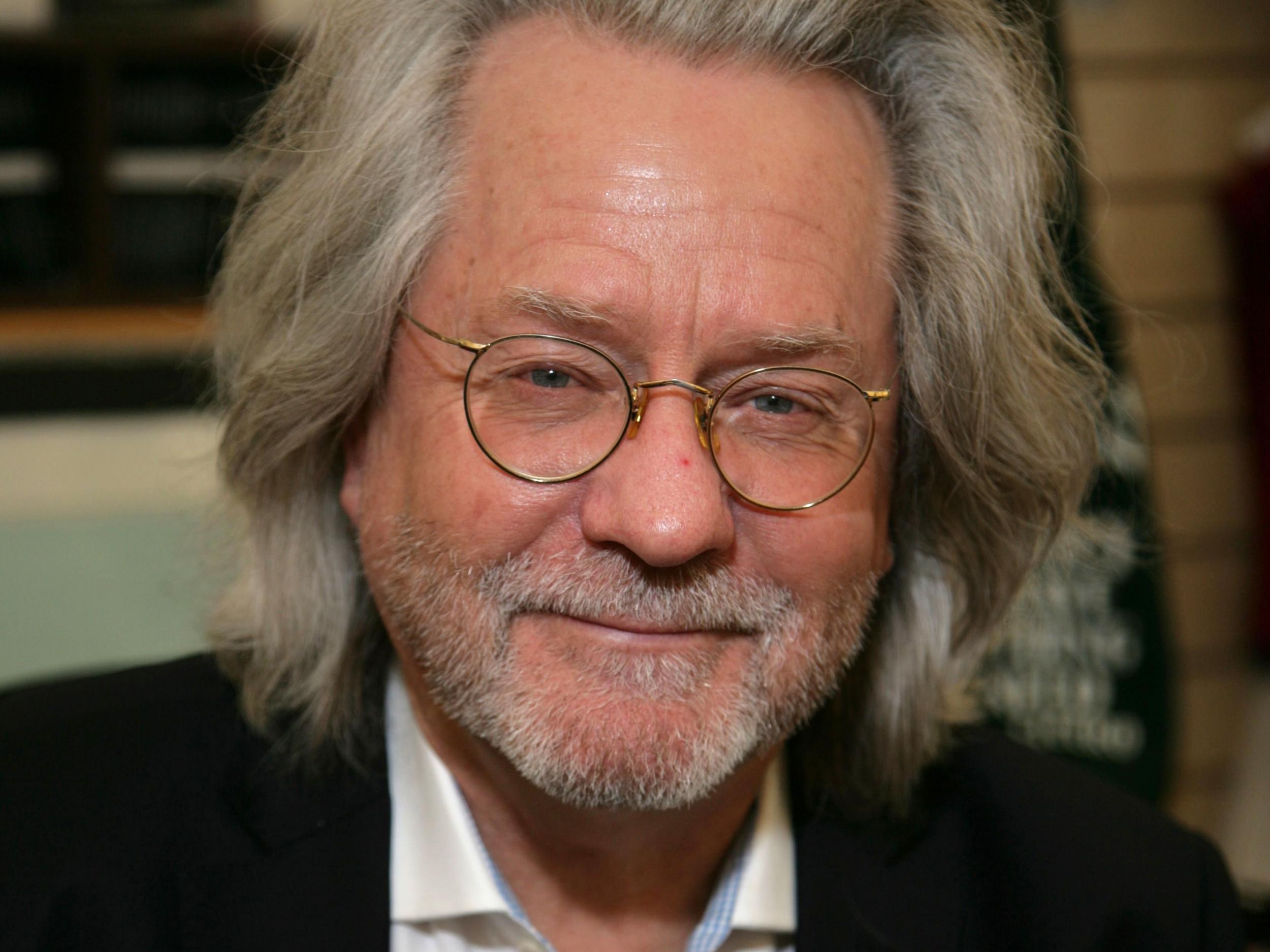 Pat Kennedy: If you were able to counsel Sir Keir Starmer, what advice would you give him?

I would counsel him (a) to plump for electoral reform and (b) not to turn his back on the majority in the UK (and outside it!) who want to be in the EU, but to listen to them and champion their cause.

Ruth Woodhouse: As a member of the Bremain in Spain lobby group, I have seen how effective lobbying can be. Where would you suggest we now channel our lobbying energies?

The opposition parties. The LDs, Greens and Plaid have already agreed to work together; we need Labour to join them on an electoral reform platform. This is the big way forward – including the high road back into the EU. There is little hope in starting a new opposition party – in our FPTP system such parties fail. We have to get the current opposition parties with their constituency infrastructure etc. to join forces.

A crucial point: this means persuading Labour to suspend the clause in its constitution that obliges it to field a candidate in every constituency. It has to stand down where it has no chance of winning so that better-placed opposition parties can win. The tribalism and ideological sclerosis of Labour makes this a tall order. But remember Clause 4?

Elspeth Williams: As the transition period hasn’t ended yet, is it too soon for campaigners to be talking about re-joining the EU as they may risk being discounted as bad losers?

No: the majority of us want to be back in the EU: the Eurosceptics never stopped, did they – we must keep the desire, the anger, and the movement very much alive, and never let it rest until we are back in.

Frances Rushton: Do you believe the downturn in the UK economy is entirely due to Covid, or are businesses seeing the writing on the wall re a no deal Brexit and planning and preparing in advance? How do we prevent the government from using the virus as a scapegoat? 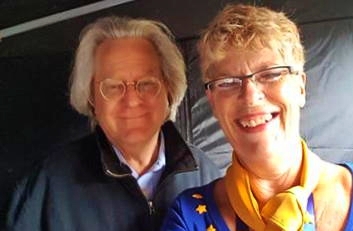 Covid massively worsens what would anyway be a very big hit to our economy even with a trade deal. The double disaster of Brexit and Covid makes the refusal of the Tories to extend the transition a morally criminal act.

Alison Curtis: Does democracy work in the age of social media?

Democracy is severely undermined by social media. But there are things that can be done: two important ones are (a) end anonymity on social media – this would wipe out a good deal of the rubbish, abuse, falsehoods, malignity and scurrility there (b) make it a criminal offence to micro-target political messaging; all political messaging should be universally visible so that the false and mendacious versions of it can be challenged.

Helen Johnston: Do you think the review of the judicial appeal system recently launched by the government represents a threat to parliamentary democracy?

Emphatically yes. Stung by their failure to act just as they wish in defiance of law, Cummings and Johnson are seeking revenge on the judiciary, and seeking to free their hands for what would amount in effect to dictatorial powers – I am not overstating the case. 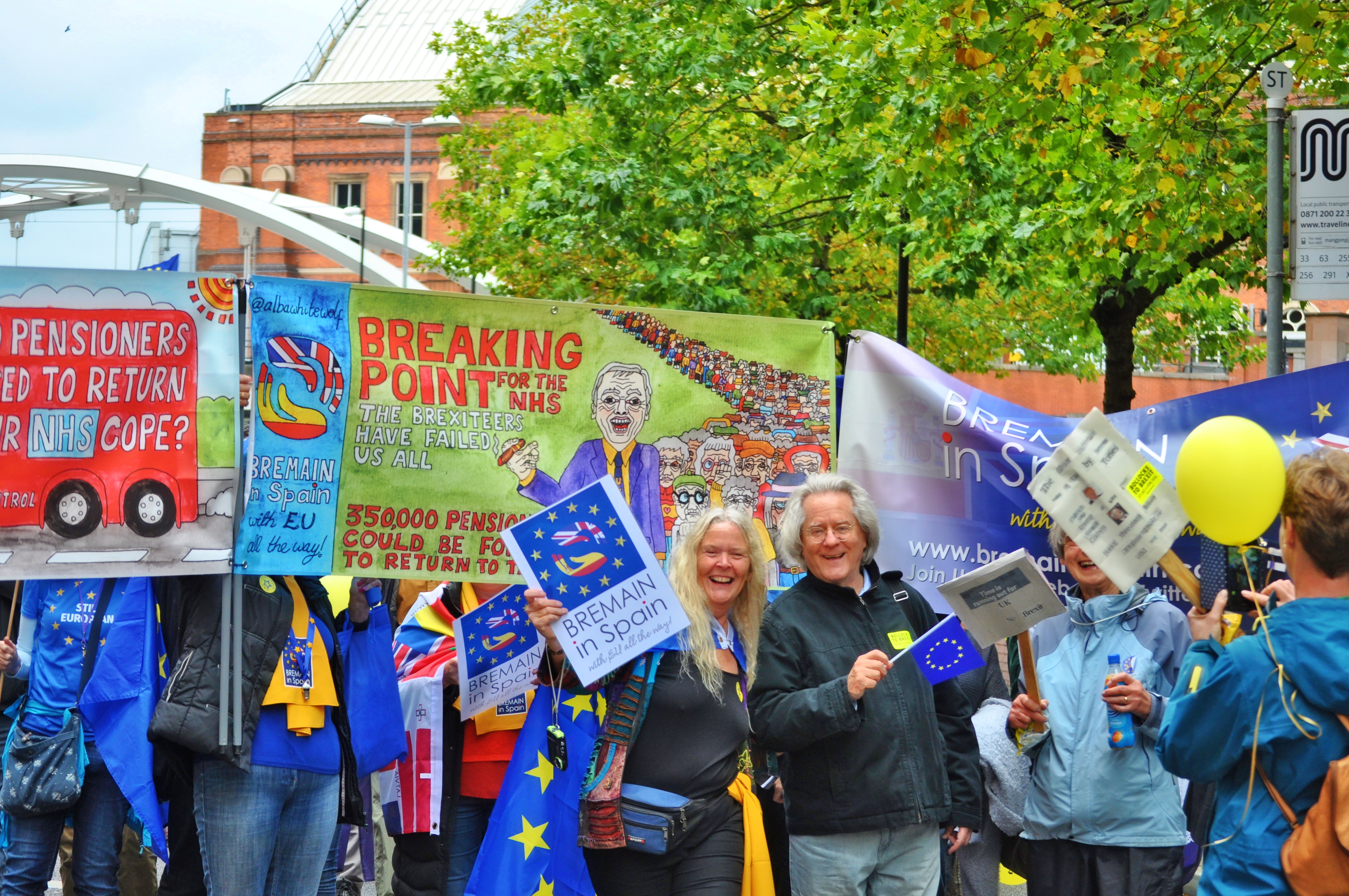 Karen Watling: If Johnson manages to undermine the terms of the Withdrawal Agreement, what might the detrimental effects be on citizens’ rights?

Our rights have been seriously undermined already, having lost every one of the great advantages and privileges that being citizens of the EU gave us.

Undoubtedly the problems will be yet greater without a comprehensive deal; for example, the news this weekend about the bank accounts of UK citizens living in Europe.

It is devastating to have to say this, but we are in the hands of a clique – the Leave campaign now squats in Downing Street – which has no respect for the rule of law, cares nothing about the effects of Brexit on the generality of the people, manages to combine corruption with incompetence, and has collapsed our country’s standing in the world – one could go on. But we must not give up; think of how things were e.g. in the summer of 1940; if we fight, we can reverse this historic mistake in the course of the coming years.

Many thanks to Professor Grayling for taking part in Bremainers Ask. Next month, we’ll be asking prior contributors to comment on current events in our Bremainers Ask Revisited: Part 4