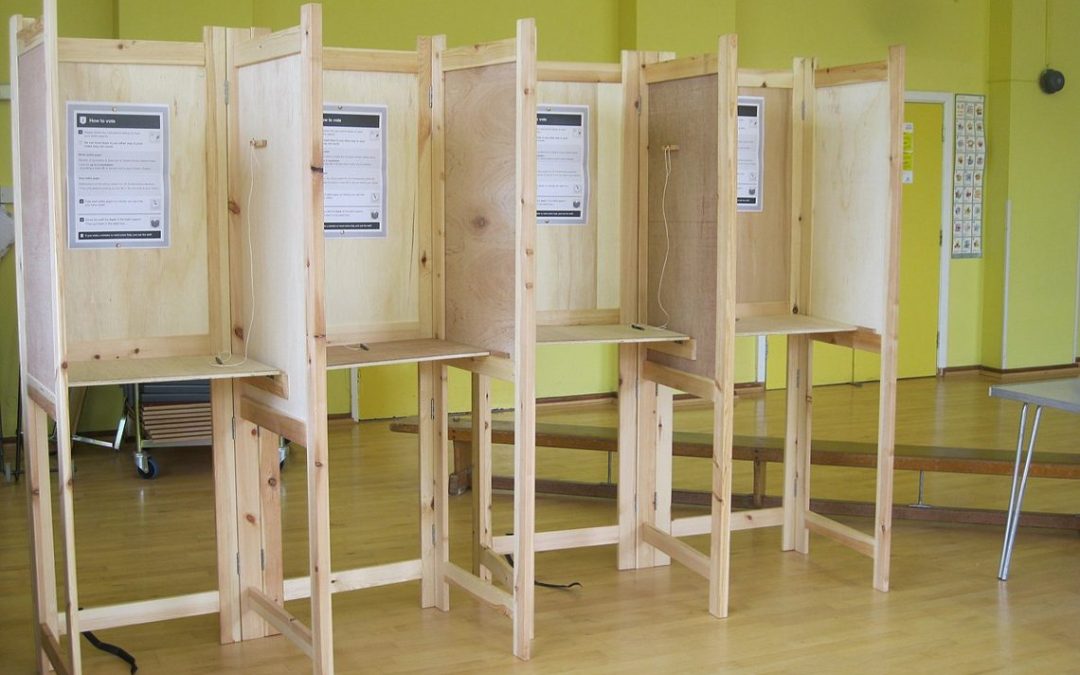 The passing of the elections bill through parliament comes at a price as Johnson now takes control of the Electoral Commission.

When I heard that the elections bill had been passed by parliament, the song It’s my party and I’ll cry if I want to came to mind. After years campaigning for the restoration of stolen voting rights for Brits abroad, today should have been one of celebration. But instead of reaching for a glass of bubbly, I feel more like reaching for the anti-depressants or signing up for anger management classes.

The fight for the restoration of full voting rights for Brits living abroad has been one that’s been very close to my heart for a long time. The existing rules remove voting rights once a British citizen has lived abroad for 15 years. The fact that in three months’ time my own 15 years is up has added a personal level of urgency.

The campaign has been fought long and hard by many, not least the remarkable, and still very active, 100-year old Harry Shindler OBE. It has also been a longstanding objective of the campaign group Bremain in Spain. But how can we celebrate the end of a hard-fought battle for democratic voting rights when the prize comes at such a heavy price?

🚨Tonight was the last chance to protect the independence of the elections watchdog, and with it free and fair elections in the U.K.

A solution looking for a problem

During the course of its progress through both houses, there have been many attempts – mostly by the Lords – to temper the government’s undemocratic plans. Voter ID, despite being widely criticised, will now be a legal requirement and will disenfranchise millions of minority voters – it has been compared to US-style ‘voter suppression’.

The local elections next week will be the last time before all voters are required to produce photo ID. That could be as many as two million people prevented from voting by a ‘solution’ to a non-existent problem – that of supposed electoral fraud. At the last election in 2019, there were only 33 cases reported cases of suspected fraud. One of those resulted in a conviction, another in a caution. Giving me back my vote at the expense of someone young, disabled, poor or from a minority background does not feel like a win.

It will get almost no publicity, but the government just won a vote to take control of the Electoral Commission. That’s right: Johnson will now wield ultimate power over another of the bodies designed to hold executive power in check. This is not a functioning democracy.

The last battle for democracy

The fight for the independence of the elections’ regulator – the Electoral Commission – was the final battle to be lost to the government. They will now hold executive power over the elections process and be accountable only to themselves. Taking back control, it seems, only applies to the government, not to the country.

Not a single headline about what happened last night…

This is bigger than partygate

It’s so much worse

A law was passed that will allow Tories to rig elections

And to be accountable to no one but themselves

This should be big news, but it won’t be. It will pass largely unnoticed. It could simply be a lack of interest by the media or the general public. Or perhaps it’s because we’ve become so used to watching our democracy being dismantled before our very eyes that it’s just another day in toxic Conservative Britain. Either way, getting my vote back at the expense of integrity and democratic scrutiny does not feel like a win.

This should be the main story on the news. Is it?

Do “the people” even know their ‘democracy’ is being dismantled? https://t.co/JoxONSzpKX

Where were the Opposition?

Members of both houses put up strong, reasoned, passionate arguments against many elements of the elections bill. Several Lords amendments were added – many of which on lesser issues were accepted. But the fight for the independence of the Electoral Commission was the last and most drawn out.

Many peers tried to stop this, especially the legal experts we have, who explained it was plain WRONG, but the Govt wldn't listen. We lost other crucial votes last night too, and it will lead to injustices, more corruption and a trashing of our international reputation. It hurts. https://t.co/JqRys8bE0Q

It had been speculated that, with time running out before the prorogation of parliament, the government might be forced to compromise. However, the government stuck to its guns, forcing the bill back to the Lords late in the evening for acceptance or rejection.

This is bad. Very bad.
The UK is a long way down the road to a very bad place.
May history record and hold accountable every single person who voted with the government on this https://t.co/ButY7cgAKf

By the time of the bill’s return, it seems that Labour Lords had given up the fight.  On social media, the response to Labour’s inaction was almost as critical as of the bill itself. Getting my vote back, at the expense of my disappointment in the opposition does not feel like a win.

What happened to cause the collapse of the Labour Lords attendance for the Elections Bill tonight, that allowed this antidemocratic bill to pass? Were the Labour peers not whipped to vote against it? If not , why not?
This is hugely surprising and disappointing.
Needs explaining.

The elections bill – awful as it is – does not stand alone. It is one of a number of right-wing, undemocratic, toxic bills that serve nobody except for this government. With each new piece of legislation, the government grabs new powers for itself, removes any remaining scrutiny and takes away our rights. All in the name of ‘democracy’.

It's been a grim last few days watching some nasty bills pass into law. The Policing Bill, the Borders Bill, the Elections Bill, the Judicial Review Bill, all will make life harder for people, all increase the Government's power at the cost of our own.

Worse still, they are not done yet. In the forthcoming Queen’s Speech – due on 10 May – when the new parliament will be officially opened, we can expect more attacks on our rights and our democracy. Some horrors we are expecting, such as the planned attack on human rights legislation and the new Brexit freedoms bill, which aims to overrule the international Brexit treaty. No doubt there will be more nasty surprises too. All the more reason why we must put our anger, our frustration, our sadness behind us, and focus.

The battle isn’t over

For Brits abroad, a big part of that focus will be on continuing the journey that the elections bill has started. In law we may have won back the right to vote, but we are still a long way from exercising that right. The road will be long, infuriating and complex, but we cannot stop now. The processes now need to be put in place to allow me to vote at the next general election.

It’s ironic that it is this Conservative government that is restoring our right to vote. When first they agreed to the principle, many, many manifestos ago, they likely believed they could rely on the overseas British vote. Labour thought so too. But that was before Brexit. Before our lives abroad were affected in ways we could never have imagined. Getting my vote back, at such considerable cost, does not feel like a win. Voting in the next election, with millions of disenfranchised Brits, to remove this government from power once and for all … now that will feel like a win.