Life after Brexit: What are the issues that worry Brits in Spain the most? 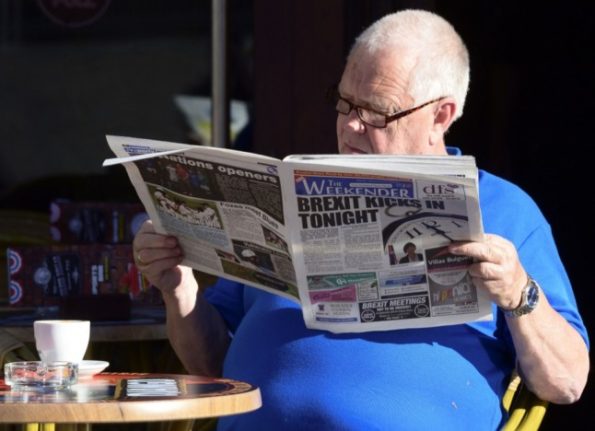 From concerns about healthcare to problems regarding work and residency, a new survey reveals the main worries that are keeping UK nationals living in Spain awake at night, Bremain in Spain head Sue Wilson explains.

Back in April, Bremain in Spain launched a membership survey to investigate which Brexit-related issues were still of concern to our members. The ‘Brexit Impact on Brits Abroad’ working group (BIBA) was established and set to work on designing a survey that would encourage members to share their views and feelings.

The aim of the project was to discover how Brexit was impacting our members lives, employment, families and health, and what were their major concerns going forward. We received over 600 individual testimonies, covering a wide range of topics, with many more members contributing.

Whilst we don’t claim that our survey results represent the views of all, or even the majority, of our members, let alone those of all UK nationals in Spain, the issues raised will be recognisable to many.

Unsurprisingly, healthcare was a topic raised by many of our members. Despite government reassurances, fears of losing the protections afforded by the Withdrawal Agreement, whether likely or not, are very real.

One member, who wished to remain anonymous said, “I am worried that I cannot afford to pay for private medical insurance and will be left without recourse to any medical help at all.” Many others spoke of the effect on their mental health, such as Nicholas Evans, who said that despite feeling prepared and having made all the right arrangements, he still “felt awful” when Brexit actually happened. He said, “it has had a significant negative impact on my mental health. I feel disempowered, abandoned and betrayed.”

Applications for Spanish residency was another hot topic, especially for those that had been unable to get appointments and were keen to legalise their status. Judith Hughes said, back in April, “I applied for my residency on 23 December, and I am still waiting. It was impossible to book an appointment,” adding “it is difficult to move on so many fronts without having residency” – a point made by many who are unable to process their driving licence applications. I am delighted to be able to report that, as I write this, Judith has finally had her residency application approved. She told me, “I can’t believe it has finally happened. I had started to think it never would. The stress has affected my quality of life. Finally getting my residencia does not take away from the fact that life has been made infinitely more stressful and complicated by Brexit”.

You can read the full article over at The Local The Local.