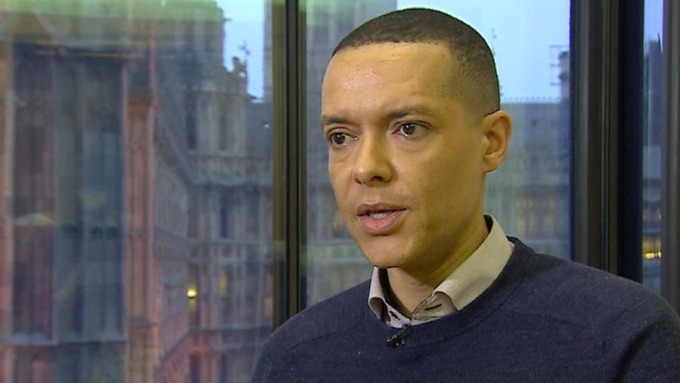 Clive Lewis: “Public should get final Brexit say if they want it”   A Norwich MP is risking the wrath of his party leader once again after calling for a referendum on the final Brexit offer – if the public wants it.  Clive Lewis quit his role as shadow business secretary earlier this year after deciding to defy Labour leader Jeremy Corbyn and vote against the bill to trigger Article 50.  But now he has gone a step further. (Clive Lewis MP ITV News Anglia 1 May)

Theresa May mocked by EU parliament’s chief negotiator The European Parliament’s chief Brexit co-ordinator has mocked Theresa May’s election campaign slogan, by suggesting she lacks a “strong and stable” understanding of the complex issues around Britain’s withdrawal from the EU.  Guy Verhofstadt, already a fierce critic of the Prime Minister, finished his attack by saying it is “time to get real” about how difficult a Brexit deal may be.  It comes after a German newspaper reported that in the wake of a meeting with the Prime Minister, Jean Claude Juncker phoned Angela Merkel and said Ms May lives “in another galaxy” and is “deluding herself” over Brexit. (Joe Watts The Independent 2 May) 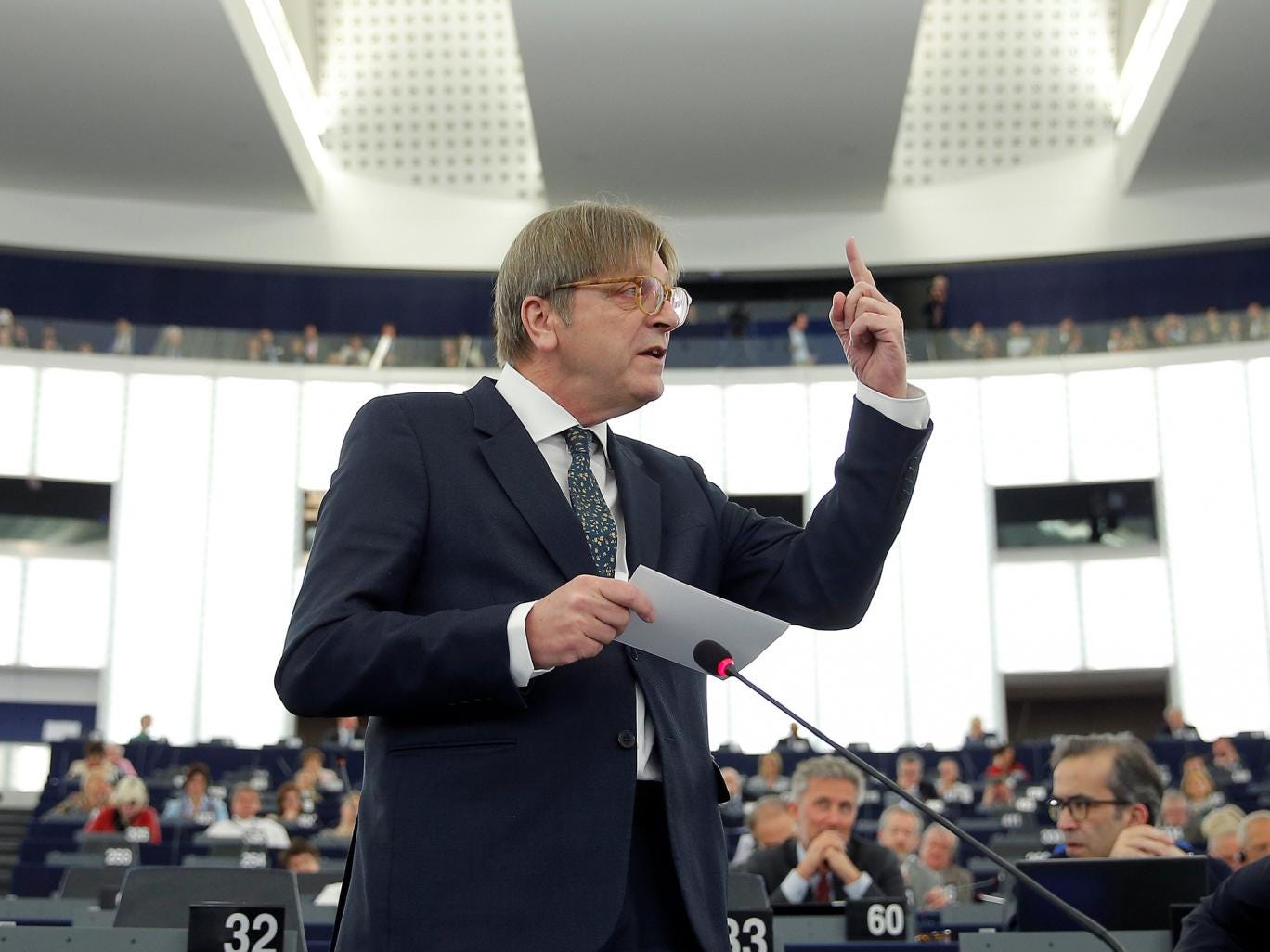 A guide to what the BBC’s election impartiality actually means  The guidelines are surprisingly detailed. If you imagined impartiality was implicit, you were wrong. The basic principle is that no one party or candidate should be favoured over others, while still taking into account the size and support of the party. There are no percentages, but Labour and the Conservatives, as the biggest parties in the UK, must be given roughly equal coverage, while mid-sized parties such as the Lib Dems will get slightly less, and smaller parties such as the Greens will only be given equal billing to the bigger players in certain circumstances. (Karl McDonald i News The Essential Daily Briefing 3 May)

The 3 reasons May called an election (and the reasons you should thwart her plan) It would be bliss to elect a pro-EU government that would ditch Brexit, says A C Grayling  Theresa May might have had any one of three reasons for calling a General Election.   One is that she was in danger of losing her Commons majority because so many Tory MPs are under investigation for alleged election fraud.  Fraud, and allegations of financial wrongdoing are a theme of the right wing: Tory MPs, UKIP, the Leave.EU campaign have all been the subject of investigations.  Their leading figures have, however, skipped away laughing from their culpability for the fraudulent lies and false promises of the Leave campaign itself.” (A C Grayling The New European 3 May) 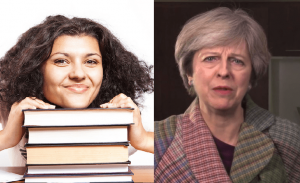 Students just blew the general election wide open with one hell of a shock for Theresa May Front-runner Theresa May could be in for one hell of a shock. Students have blown the general election wide open, as 93% say they are registered to vote on 8 June. And the majority of that 93% plan to use their vote either for Labour or to tactically remove the Conservatives from power.  Stepping back from the students, a striking 530,982 under-35s have registered to vote since May called the election. Over half of these people are 18-24. Labour has a solid lead with under-40s, meaning a high turnout from young people could dramatically change the result. (James Wright The Canary 4 May)

Boris Johnson backed by Ukip in General Election UKIP has backed Boris Johnson in the General Election in a major move to endorse Tory Brexiteers. The party have decided not to stand in Uxbridge & South Ruislip where the Foreign Secretary has a 10,695 majority. This is the second time UKIP has decided not to run against Brexit-backing MPs following their election pact with Tory MP Philip Hollobone in Kettering. Deputy leader Paul Nuttall said they would not seek to target seats where a pro-Brexit MP has a slender majority and could lose to a Remainer. This is to avoid splitting the vote and give the pro-Brexit candidate the best chance of winning. (Kate Proctor Evening Standard 4 May)

EU puzzled and alarmed by May’s election meddling claims Prime Minister Theresa May’s claims that the European Union is trying to influence next month’s general election have perplexed and alarmed officials in Brussels, who warn that the rapidly souring tone could derail the Brexit negotiations. EU Council President Donald Tusk on Thursday urged all sides to cool off. “If we start arguing before they even begin, they will become impossible,” he said, adding that the Brexit negotiations were difficult enough as they are, and the stakes too high to let emotions get out of hand. “In order to succeed, today we need discretion, moderation, mutual respect and a maximum of good will,” he said. “Because at stake are the daily lives and interests of millions of people on both sides of the Channel.” (Leo Cendrowicz i News 4 May)

Lib Dems and Labour in fightback after Conservatives’ success in local elections The Lib Dems are announcing a controversial plan to increase all rates of income tax by 1p to raise an extra £6bn for the NHS and social care.  And Jeremy Corbyn is warning that Labour faces a challenge on a “historic scale” as he campaigns in the key general election battleground of the Midlands.  (Jon Craig, Chief Political Correspondent, Sky News Vote 2017 6 May) 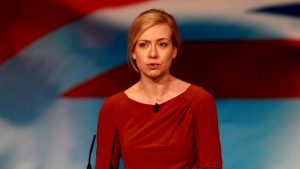 Greens withdraw Oxford West and Abingdon candidate in bid to oust Tories   The Green Party has withdrawn its candidate from an Oxfordshire constituency in a move it hopes will help defeat the Tories.  The Greens have now urged Labour to also stand aside in Oxford West and Abingdon and allow the Liberal Democrats to stand against health minister Nicola Blackwood. Sarah Wood, chairwoman of the Oxfordshire Green Party, said: “Our political system is broken, and it makes no sense that parties with many common values stand against each other and let the Tories through.” (Press Association 2017 The Oxford Times 6 May) 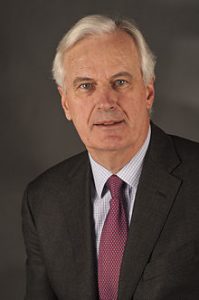 EU demands three million citizens be allowed to stay in UK after Brexit, including people with no proof of residency  ‘We will not discuss our future relationship with the UK until the 27 member states are reassured that all citizens will be treated properly and humanely’ The EU has toughened its stance on the fate of three million EU citizens in the UK, demanding even for those with no proof of residency are allowed to stay after Brexit. The lead negotiator for Brussels insisted “red tape” must not be allowed to stand in the way of EU nationals remaining with full rights.  “Individuals legally residing in the UK today must remain residents after withdrawal, including in those cases when people have no documents to prove residency,” Michel Barnier said. (Rob Merrick Deputy Political Editor The Independent 6 May)

Labour will increase tax for top 5% – but not MPs Labour has pledged to increase income tax only for those earning more than £80,000 a year, if it comes to power after the General Election – just above what MPs take home as their salary. Shadow chancellor John McDonnell promised that just the top 5 per cent of earners would face a hike in tax, which would help pay for extra spending on public services. It would mean MPs, who earn £76,000 a year, would be exempt from any increase in income tax. (Richard Vaugham i News 7 May)

We hope you have enjoyed reading the above extracts from important news stories published over the last 7 days and would welcome any comments you may have on how we are bringing the latest news to you.