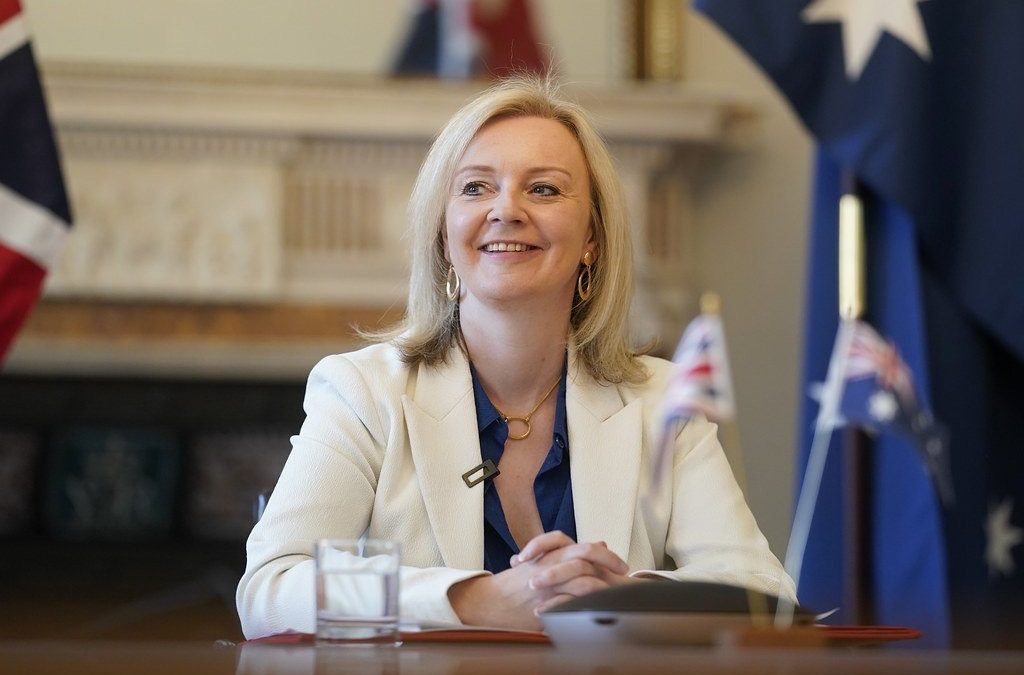 It’s a month since my last letter and I’m still eagerly awaiting your response. I appreciate it’s been a busy time for you, especially with you wearing so many ministerial hats. Your quest to replace Boris Johnson in No. 10 must also be quite demanding of your time. I would venture that your constituents have similar problems grasping your attention, what with all your overseas trips and visiting foreign dignitaries. How is the Land of Oz, by the way?

As an avid follower of all things Brexit related, I confess to being rather disappointed by your initial approach to the Northern Ireland Protocol negotiations. I was hoping that as a former remainer, you might take a softer, more collaborative approach than your predecessor. I guess I should not be surprised – Lord Frost was supposedly a remainer too – hard to credit as that is. Then again, so was Theresa May, and look how that turned out!

I am backing remain as I believe it is in Britain's economic interest and means we can focus on vital economic and social reform at home.

There’s no doubt that in your time as Trade Secretary you will have gained considerable experience in negotiating with foreign powers. It’s just a shame that the realities don’t always live up to the rhetoric. Back in June, you told the Sun about all the benefits your deal with Australia would bring. Sadly, that deal is now being labelled as being “as one-sided as the Ashes”. Still, new role, new outlook, hopefully.

Before the Brexit referendum, you were keen to stress that the UK would not get better trade deals than the ones we had as EU members. Your success at replicating many of those EU deals – even if you inadvertently claimed them as upgrades – deserves some recognition. I will personally be singing your praises from the rooftops, if you can replicate the deal we had with the EU itself. Membership of the single market and customs union will do very nicely, thank you, and might even get any former Remain supporters back on side. You are going to need them, after all, if you want to stand any chance of running the country. And I don’t mean into the ground, like the last three incumbents!

Leave cannot name one country we would get a better trade deal with if we left the EU.#BBCDebate

Your recent meeting with Maroš Šefčovič was described as being “cordial”. That’s quite an achievement considering you had been threatening to trigger Article 16 just the week before. Thankfully, the EU are pragmatic and patient, and no doubt willing to give you an opportunity to redeem yourself. However, a word of advice – don’t listen to Johnson, Frost or the ERG when it comes to any negotiations. They are a bunch of stroppy kids who have no understanding of how the world works outside of a playground or gentlemen’s club. The EU, by comparison, can teach you a thing or two about diplomacy, democracy and getting a fair deal for all. In grown-up circles, they call it a win-win. You may have heard of it, though I don’t expect your colleagues in the ERG would understand the concept.

Good talks with @MarosSefcovic over the past two days. Read our joint statement 👇 pic.twitter.com/fwoONouaX9

Šefčovič has signalled a desire to resolve outstanding Protocol issues by the end of February, so as not to “get dragged into” the Northern Ireland election campaign. I am pleased to see that you appear to be on the same page and are aiming to agree a deal soon. As time is tight, might I suggest you just take whatever is being offered and say thank EU! After all, it’s not like you haven’t got other important issues you should be working on like the worrying situation in Ukraine, or Nazanin Zaghari-Ratcliffe’s release.

With regard to your support for the Prime Minister, I think it’s time to take a stand and tell Johnson what you really think of him. And soon. I don’t think anyone was fooled by your 12 January tweet “PM is delivering for Britain” nonsense, not even the Big Dog himself. And you really shouldn’t use language like “stand behind the PM 100%”. Every man and his dog (even Dilyn) will have immediately pictured you at Johnson’s back with a dagger in your hand.

Your recent comments that Johnson is doing a “fantastic job” and has your “100% support” were, to be honest, rather hard to swallow. To make matters worse, you then said you wanted the PM to “continue as long as possible in his job”. Maybe we should not take that statement at face value, but read more nuance between the lines. It would appear to be an odd position to take from someone so clearly after his job. But maybe you really did mean it and you just need more time to prepare your campaign. Time to work on your list of achievements, perhaps. Or start one.

You may believe the ability to change your principles as often as you change your hairstyle is a positive attribute. I can assure you, it’s not. It makes you look flaky, inconsistent or untrustworthy, or possibly all three. We’ve already had one PM who chose a side based on his own career prospects. It would be a refreshing change if the next PM actually believed their own hype.

I’ll wrap up by wishing you luck in your quest for the top job. I have it on good authority that you are the preferred candidate, at least as far as the opposition parties are concerned. Can’t imagine why that would be. No doubt your own party will catch up soon.

I look forward to having a leader that will put the country first. If you know of suitable candidates, please let me know.