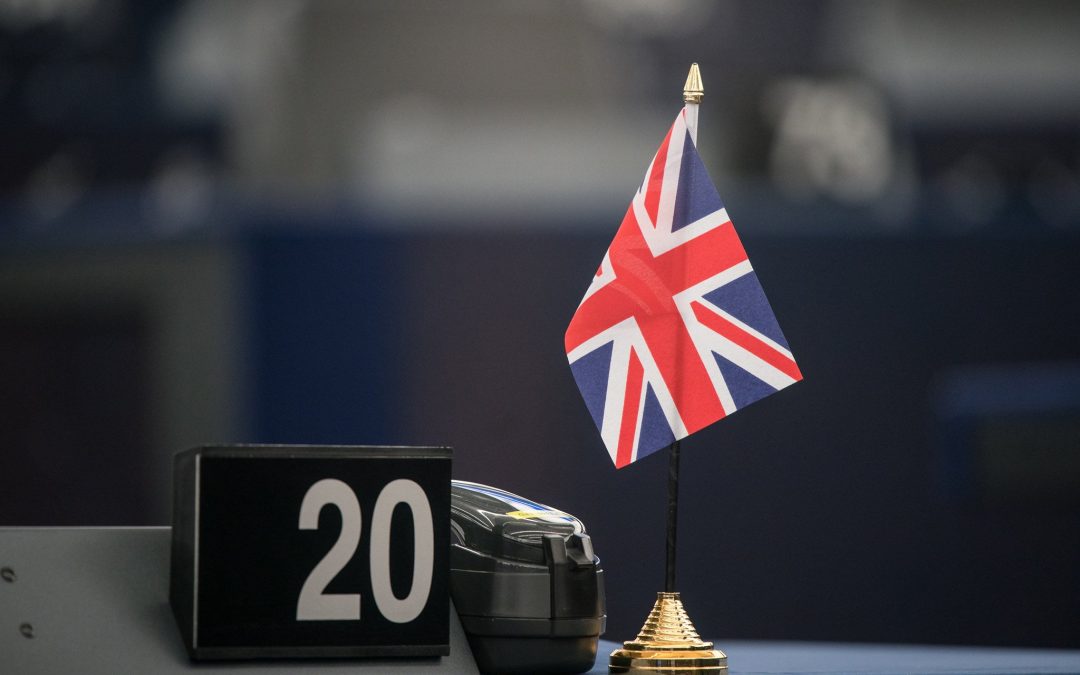 Minister of State, Lord David Frost – best known as the chief Brexit negotiator – has had a busy few days. On Saturday 15 May, he joined the prime minister in welcoming the Irish Taoiseach, Michael Martin, to a meeting at Chequers. Then on Monday and Tuesday, Frost was giving evidence to not one, but two, parliamentary select committees.

Lord Frost on Brexit and the Northern Ireland protocol

As Frost was the minister responsible for implementing the Brexit agreement, and a key negotiator of the deal with the European Union, issues surrounding the Brexit deal and the Northern Ireland protocol were bound to be high on the agendas of both committee meetings.

Before Lord Frost had appeared in front of either committee, he had given them plenty to think about. During a visit to Northern Ireland last week, Frost said the protocol was presenting “significant challenges for many in Northern Ireland”. Despite the “extraordinary efforts” by local businesses to make the current requirements work, he said it was “hard to see that the way the protocol is currently operating can be sustainable for long”.

The fact that the deal was described in December as the best thing since sliced bread (I paraphrase slightly), by Frost himself, was, strangely, not mentioned.

Friendly relations with our neighbours as a sovereign country

In an article for the Daily Mail last weekend. Frost said he had always wanted from Brexit was “free trade and friendly relations with our neighbours as a sovereign country”. He described the current situation as “going back to our roots” after the “interlude of EU membership”. He accused the EU of not having “much enthusiasm to make things work” and suggested Brussels “stop the point-scoring”.

He described the approach of the EU as “purist”, and said the UK government was considering all options, including the triggering of Article 16. The Article allows either party to withdraw from provisions in the agreement if they threaten serious or lasting “economic, societal or environmental difficulties”. Should the UK take this drastic action, the EU’s response could include the imposition of tariffs on UK exports.

In response to Frost’s comments, Matthew O’Toole, member of the Northern Ireland legislative assembly said, “Frost should be focused on making this deal – his deal – work”. He went on to say that, “it is truly depressing that those who have shouted loudest for the hardest Brexit … have been quickest to run away from its consequences”. If Frost truly does want to foster friendly relations with our EU neighbours, he certainly has a funny way of showing it.

Frost said that discussions with the EU, regarding issues relating to the NI protocol, had a “bit of momentum” but were not currently “hugely productive”. The relationship with the EU, he said, would be “a bit bumpy for a time”. According to Frost, the EU’s point of view was that the “easiest solution to any border problem is that we should just operate the same rules and laws as they do”. He added, “Obviously that doesn’t work for us”.

He described the EU as still “coming to terms with the UK’s departure”. Whether that’s true or not of the EU, it’s certainly true of many UK businesses struggling with border issues, and many UK citizens. Frost seemed keen to downplay any Brexit-related issues, while overplaying the opportunities. In fact, ‘opportunities’ seems to be Frost’s favourite word.

Brexit has been unexpectedly disruptive?

Frost suggested that the government had not expected Brexit to be so disruptive, and a new unit would be set up to exploit “Brexit opportunities” – there’s that word again. It seems that neither Westminster nor Whitehall has the suitable talent to make this happen, so the intention is to look outside of government.

It seems to be proving difficult for the government to demonstrate the tangible benefits of Brexit. Perhaps an outsider will stand a better chance. Or not.

Lord Frost said today he is looking for someone to head a new unit on ‘the benefits of Brexit’. Apparently he can’t find anyone in the civil service up to this challenge

At the end of the 90-minute session, the discussion circled back to the NI protocol, as Frost was asked about his comments in the press regarding the possible triggering of Article 16. Specifically, he was asked how the EU might retaliate to such an action. His suggested that should the EU react, it would only be making things more difficult – setting things up nicely to continue the ‘blame the EU’ game.

The subject of the European affairs committee was the ‘UK-EU relationship’. Chair Lord Kinnoull asked Frost about the current state of play, described by Frost earlier this year as “problematic”. Frost responded that there had been some improvement but repeated his comment that the relationship with the EU was likely to be a “bit bumpy” for a while yet.

Scrutiny was an important issue for the committee. In particular, Lord Foulkes referred to the government’s desire to “take back control”, emphasising that control should be taken back by parliament, not by the government.

Lord Liddle raised the issue of the earlier “totally unnecessary row” over the status of the EU ambassador to the UK. Frost said the matter was now resolved and the issue was “unfortunate” rather than “unnecessary”. When asked what lessons had been learned from the experience, Frost said the government would be aware there would be friction “in areas we don’t expect”.

When asked to comment on recent figures from the Office for National Statistics (ONS) re export/import trade, Frost dismissed any negative comparisons between quarter 4 of 2020 and quarter 1 of 2021 as “unlikely to be very useful”, and cited covid as a significant factor. Lord Purvis pointed out there was a “stark difference” between EU and non-EU trade, so clearly more Brexit-related than covid. When asked if the downturn in trade was temporary or long term, Frost said it was “difficult to tell”.

On the Northern Ireland protocol, Frost confirmed that there were between 20 and 30 ‘areas of contention’, with only limited progress being made on some of those. With difficulties over border checks and customs declarations, Frost was asked whether a temporary alignment of rules was possible or desirable. He replied that it was “a fundamental issue of principle that we don’t dynamically align with EU rules”. It was not for ideological reasons, he said, but in order to be able to do trade deals elsewhere.

On the subject of equivalence, Frost noted that the EU has arrangements with Canada and New Zealand that mirror what the UK desires. Frost still seems to have failed to grasp the relative distance between the EU and Canada and New Zealand, as compared to the UK – that distance being a significant factor when considering the risk of unfair competition.

Regarding the UK’s desire to develop free trade agreements around the world, Frost said it was important in trade negotiations to “find the right balance between offensive and defensive interests”. It is difficult, having observed Frost for three hours of committee Q&A, and having read his comments in the media, to think of Frost being defensive about anything. Evasive, yes. Offensive, certainly. Or to put it in the admiring words of committee member, Lord Lamont, “pugnacious”.

Not exactly a desirable quality for a diplomat or negotiator, one would have thought. But then, that’s this government of Brexiters all over.