Latest round of Brexit negotiations 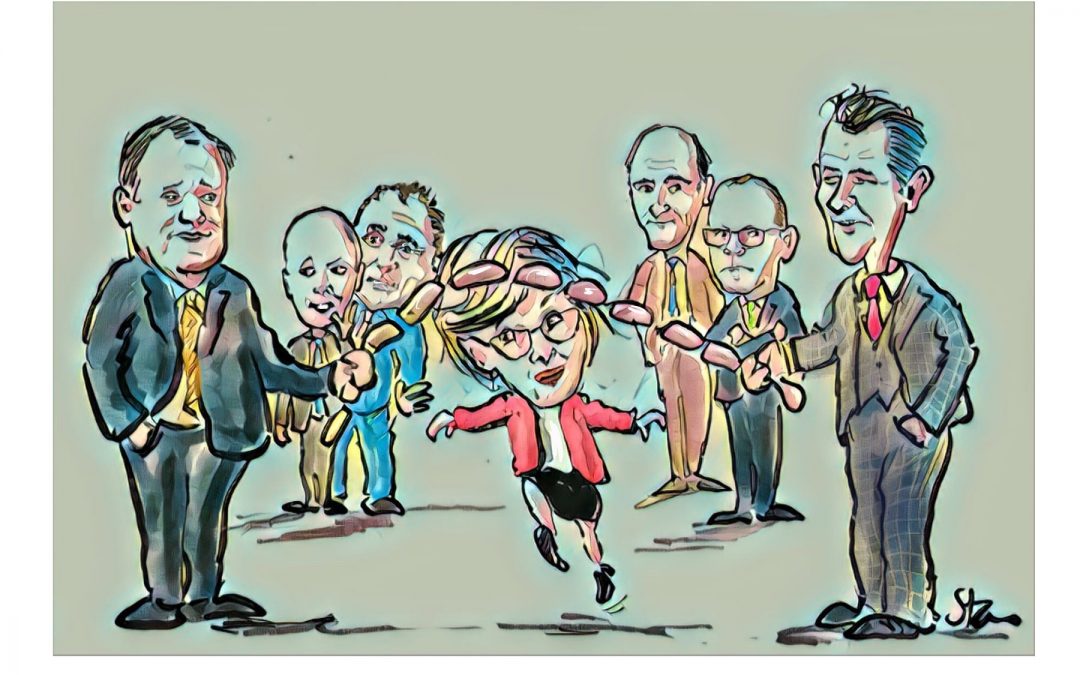 Even before the latest round of Brexit talks began on Wednesday, both sides were laying out their stalls. By the time the chief Brexit negotiators Maroš Šefčovič and Lord Frost met, sabres were being rattled and patience was already running out. As temperatures were rising, expectations of any progress fell.

The month began with the newly recognised EU ambassador, Joao Vale de Almeida, accusing the new DUP leader, Edwin Poots, of making comments regarding the Northern Ireland protocol that lacked, “adherence to reality”. Lord Frost’s response was to suggest the EU needed to show more “common sense” over the protocol.

Concerns were raised in Brussels that UK lobbying was getting out of hand, and member states began discussing a ‘code of conduct’ for dealing with the British government. Fears were being raised that the UK would attempt to deal with individual EU member states directly, rather than collectively

Irish Foreign Minister, Simon Coveney, warned that the EU could and would take retaliatory action against the UK for failing to implement the protocol. Then EU commissioner, Mairead McGuinness, warned the UK was “playing a very dangerous game” by inflaming tensions, and stated, “you can’t wash your hands of an agreement that you shaped and made and signed”.

A few days later, Lord Frost asked Brussels to embrace “pragmatic solutions”, suggesting time was beginning “to run out”. He called on the EU to forgo “legal purism” but admitted that the UK government had “underestimated” the effect of the protocol on Northern Ireland trade. A claim that was immediately contested by Theresa May’s former chief of staff, Lord Gavin Barwell, who said the government knew it was a bad deal, but went ahead anyway, just to get “Brexit done”

G7 meeting and a warning from Biden

Ahead of the G7 meeting, warnings came that President Biden was about to wade in on the argument. The president would warn Prime Minister Johnson, that a US/UK trade deal would be dependent on the success of the Northern Ireland protocol. With the USA as guarantor of the Good Friday Agreement, Biden is expected to issue a warning to Johnson when they meet face-to-face today.

The latest pre-negotiation game-playing has been a trade-war argument over sausages. Despite the environment secretary, George Eustice, insisting that “there’s no problem with our sausages or indeed our chicken nuggets”, the EU disagreed. The bloc warned that they would not hesitate to retaliate with tariffs should the UK fail to honour its commitments. If Johnson chooses to violate his deal again, retribution will be “swift and firm”.

The day before the latest Brexit negotiations started, Šefčovič was reported as saying that the EU’s response would be so crushing, it would ensure the UK “abides by its international law obligations”. The final comment, ahead of the talks, came from Ursula Von der Leyen, European Commission president, who expressed “deep concern” over the implementation of the trade and cooperation agreement and the withdrawal agreement. Not exactly the ideal precursor to the critical, forthcoming discussions.

It's tempting to believe that – despite all the warnings – the government "underestimated the effect of the protocol", but I'm pretty sure it's not true. They knew it was a bad deal but agreed it to get Brexit done, intending to wriggle out of it later https://t.co/V0eNpCNwXL

The meeting on Wednesday 9 June lasted just over three hours, but little progress was made. The discussions finished with “no breakthroughs”, but also no “breakdowns”.

After the talks ended, Šefčovič warned that the EU’s “patience is wearing very, very thin”. He said Brussels would act “firmly and resolutely” if the UK unilaterally decides to delay checks at the Irish Sea border. He told a press conference, following the meeting, “We have to assess all options we have at our disposal”.

Frost described the discussions as “frank and honest” and said both parties had agreed to continue talks in an effort to achieve a breakthrough. He added, “What we really now need to do is very urgently find some solutions which support the Belfast Good Friday agreement, support the peace process in Northern Ireland and allow things to return to normal”

There was some progress on some of the less contentious issues, such as importing second-hand vehicles from Great Britain to Northern Ireland, and on EU access to UK customs databases, but the main sticking points – most notably on fresh meat imports – remain at stalemate. (You can read the official UK government statement on the meeting here).

The UK government is continuing to claim the EU is acting in a “purist” way, as if EU rules are merely guidelines to follow when it suits, rather than legally binding international commitments. The EU has put forward many suggestions over time, on ways to resolve some of the issues surrounding the Northern Ireland protocol. Each time, the UK has said no, as the cost – adhering to EU rules – is too high a price for “sovereign” UK to pay. Yet the UK has failed to come up with any suggestions, other than ones that require the EU to bend, if not break, their rules and risk the integrity of the single market.

Frost was quoted recently as saying that the EU “needs a new playbook for dealing with neighbours, one that involves pragmatic solutions between friends”. It seems, even after five years, three prime ministers and three Brexit negotiators, our government still expect to be treated differently from other third countries.

Despite the damage – not just to our economy and trade, but to our international reputation – we seem to have learned little about how the EU operates or how to win friends and influence people. The same cake-ist, superior, delusional attitude seems to pervade every discussion.

Maybe the rhetoric works in Westminster. Maybe it even works with Conservative voters. But it doesn’t work in Brussels. If half the effort was put into finding real world solutions that is put into the optics, we might actually see some progress. In the meantime, the government will continue with the spin until the whole country feels dizzy. They may have to. It seems as though it’s all they know how to do.