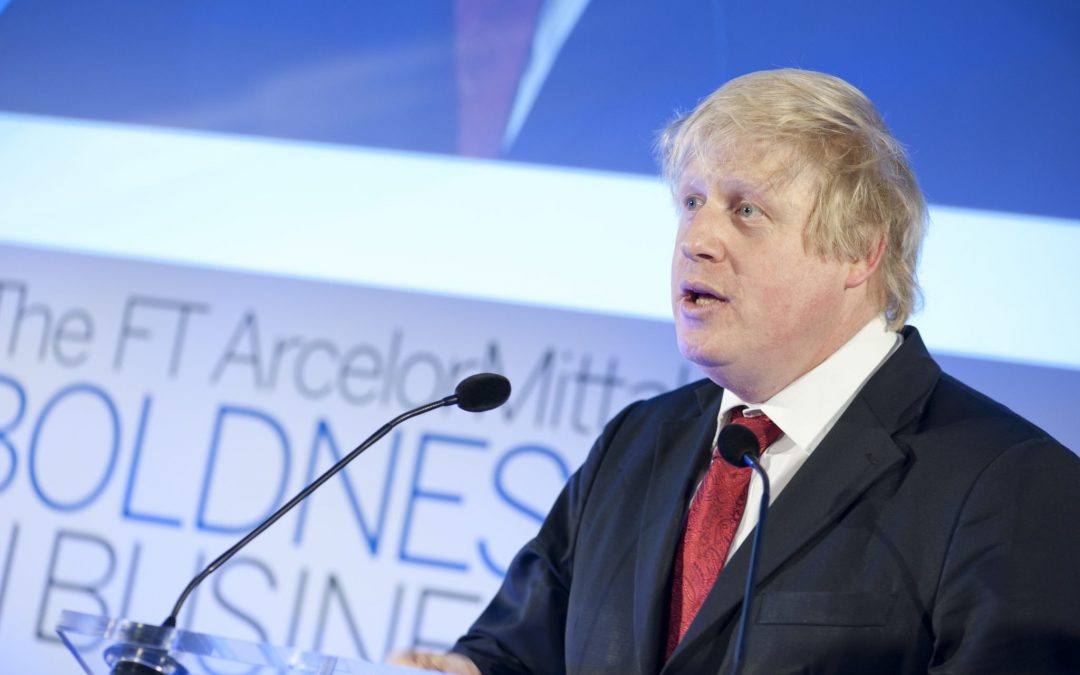 Listening to our Prime Minister make crass, inappropriate, even insulting comments is unhappily nothing new, writes Bremain Chair Sue Wilson MBE for West England Bylines. We’ve grown accustomed to his style, his language, his need to please his own party. He has done so at our expense. He’s embarrassed us, made us and shamed our once great nation.

We thought we’d seen the worst of him. We were wrong.

Brexit was about undoing freedoms and leaving the EU…Ukrainians want more freedom and to join the EU! https://t.co/DOtaNTpiWN

The offending statements were made at the Conservative Party Spring Conference in Blackpool on 19 March. In his closing speech, Johnson told delegates the Ukrainian struggle for freedom was comparable to the British people voting for the freedoms of Brexit. He did so in front of the Ukrainian Ambassador.

As with Foreign Secretary, Liz Truss, before him, Johnson levelled an attack on ‘woke’ issues, using the Ukrainian crisis as a weapon in the ongoing Tory culture wars.

“I know that it’s the instinct of the people of this country, like the people of Ukraine, to choose freedom every time” – Boris Johnson

While it’s not unusual for his remarks to draw criticism, Johnson’s latest appalling comments have drawn widespread condemnation. The Tories have been doubling down, repeating Johnson’s insensitive and damaging rhetoric, and applauding (literally) his every word.

If we are to ultimately defeat Putin we require international leadership and unity.

Comparing the Ukrainian people's fight against Putin's tyranny to the British people voting for Brexit damages the standard of statecraft we were beginning to exhibit. https://t.co/r5dvD6eJ8b

A notable exception came from MP and Defence Select Committee member, Tobias Ellwood. He tweeted that “international leadership and unity” are required if we are to defeat Putin, the implication being that Johnson is a threat to both. Of Johnson’s suggestion that the Ukrainian peoples’ struggle and British people voting for Brexit are comparable, Ellwood said it “damages the standard of statecraft we were beginning to exhibit.”

Quite the opposite: it shows exactly why he must be removed from office. Comments like this are a smear on Britain. And strategically, they risk the unity of the Western response.

The strength of feeling levelled at Johnson’s comments came from a wide range of sources. Some expected, some not. Ian Dunt spoke of his “disgust” and how what Johnson had said was “gnawing away” at him. Jessica Simor, QC, described Johnson’s speech as “utterly grotesque” and “stomach turning”. She added that, “for this alone” it was time for the Tories to “get rid of him”.

Best for Britain CEO, Naomi Smith said, “Equating the Brexit vote to Ukrainian plight is not only a disgraceful insult to those in the grip of war, it dismisses the fact Ukraine has applied to join the EU, the greatest peace project in human history.”

Johnson told the Ukrainian Ambassador that the struggle for Brexit was like the Ukraine’s struggle against Russia. For this alone @OliverDowden you should get rid of him. Utterly grotesque and a disgrace to us all. Stomach turning. https://t.co/BI4bD8AsWy

Johnson’s comments also drew strong criticism from outside of the UK. Two senior European politicians, Donald Tusk and Guy Verhofstadt – both rather familiar with Brexit themselves – added their own condemnation. Verhofstadt called Johnson’s remarks “insane”, pointing out that “Brexit was about undoing freedoms and leaving the EU”. Ukrainians, however, “want more freedoms and to join the EU”. Tusk levelled his comments directly at Johnson, saying, “Boris, your words offend Ukrainians, the British & common sense.”

The response from self-proclaimed “staunch Brexiter”, Julia Hartley-Brewer was, perhaps, more unexpected. She said that comparing the vote to leave the EU with the Ukrainian people’s struggle against a foreign invader was “an insult to their bravery and sacrifice”, describing it as “totally cringe”.

Even as a staunch Brexiteer, this is totally cringe from @BorisJohnson. Comparing the vote to leave the EU with the Ukrainian people fighting for their lives against a foreign invader is an insult to their bravery and sacrifice. https://t.co/RwA4PEbG25

In many ways, the Ukrainian crisis has perhaps been a welcome distraction for our PM. With our focus quite rightly on the terrifying plight of the Ukrainian people, those pestering niggles that have threatened Johnson’s position have faded into the background. Few are asking what happened to the Sue Gray report, the Met Police investigation, or various other scandals involving the leader or his party.

One exception has been the focus on Russian money, donors and close ties with the Conservatives. Another exception must be the UK’s continued failings towards Ukrainian refugees. Despite constant suggestions from Johnson to the contrary, the UK is not a generous or welcoming host. Where our neighbours have bent over backwards to help those in desperate need – waiving visas, helping find food, shelter, work – the UK is making the process as difficult as possible.

We're the only country in Europe not to waive visa requirements for Ukrainian refugees. This is a disgrace.

Ukrainians refugees must apply for a visa – assuming they have family connections or a sponsor. Not only that, but every stage of the application process seems deliberately designed to make things more fraught, gruelling and off-putting.

Johnson and his government insult us all further when they dare to suggest what a great job they have done supporting other refugees, such as those fleeing Afghanistan and Syria. The sheer audacity of such obvious lies is exasperating.

The pain, the anger, the disbelief that Johnson’s comments have caused will be with us for some time. The debate as to whether Johnson deliberately aims to offend, or does so by accident, will continue. Perhaps just as worrying is the fact that a team, presumably, of so-called experts would have approved his speech beforehand. Not only will they have agreed the content, but they will have thought it was just what was necessary.

If the aim was to please the Brexit extremists, maybe they have succeeded in the short term. But if this crisis has taught us anything, it’s that the British people are a lot more caring, a lot more generous, a lot more empathetic than the government, or the PM that represents us.

Johnson may have won over a few right-wing back-benchers, but he has distanced himself from the “will of the people” and damaged his chances of keeping his job. By supporting his stance, his own party have weakened their own position, furthered their own demise and distanced the UK from its former friends and neighbours.

The Conservatives might not yet be ready to get rid of Johnson. The country, however, is. If the party won’t rid themselves of their leader, Johnson will take them all down with him.

Now that really would be worth a standing ovation and a round of applause.