Is it time to drop the divisive labels? 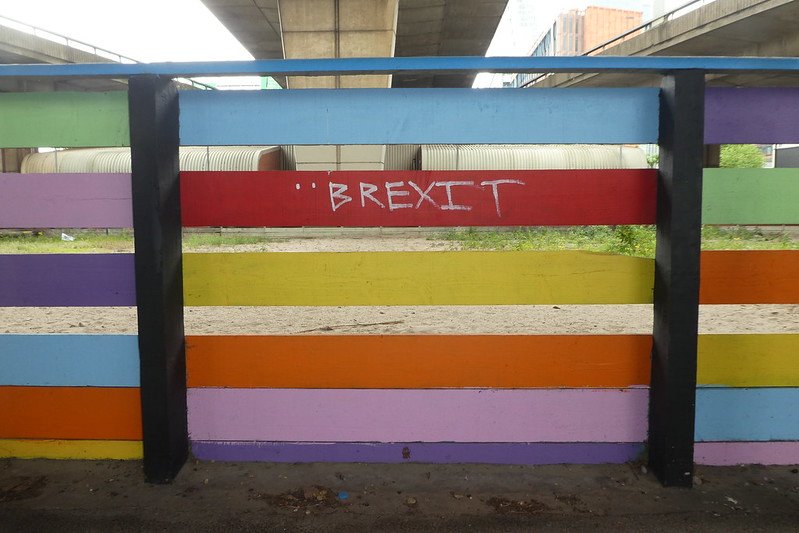 Following the Brexit referendum, those of us with strong feelings about the outcome, exchanged our former political identities for Brexit ones. Instead of categorising ourselves as socialists, centrists, or conservatives – whether with a small ‘c’ or a big one – our most important labels became Remainer or Leaver. No longer brought together, or pushed apart, by our attitudes to party politics, how you voted in the Brexit referendum carried far more weight.

Now the UK is no longer an EU member state – even in Brexit is still far from ‘done’ – are those labels still relevant or helpful? Do the vast majority of the British public even care about Brexit anymore?

Who still cares about the ‘Leaver’ and ‘Remainer’ divisive labels?

While it’s clear there is still a considerable divide, for many there are more pressing problems, not least the wide-reaching effects of the pandemic, or the climate crisis. While Brexit is still a considerable cause of concern to many, especially those directly affected, it’s understandable many would prefer to close the Brexit door and move on.

If the pandemic has taught us anything, it’s perhaps that life is too short.

If putting the past behind us is a desirable outcome for the majority, it’s something that is proving quite difficult for those with strong views, on both sides. You don’t have to look too far on social media to witness plenty of evidence of anger and frustration, from Leavers and Remainers alike.

Put the two together, and the level of vitriol, from both “winners” and “losers”, is enough to make anyone switch off.

Most Remainers will, at some point over the last five years, have been on the receiving end of jibes like “you lost, get over it”. In turn, Remainers have taunted Leavers with various versions of “I told you so”. Even for those of us that have tried, and on the whole, succeeded in avoiding such comments, the temptation to lash out has been compelling.

Brexit has discovered an anger in the British public that is often ugly and toxic, yet totally understandable. We all have a lot to be angry about. Leavers and Remainers alike. Maybe the important question is – who should that anger be directed at?

I’ve always believed that the blame for Brexit lay at the door of the liars, not the lied to; that many who voted to leave honestly believed they were making the best decision for themselves and their families. I still believe this was the wrong decision, but I also accept that they likely would disagree with that assessment.

Focus on the present and the future

Extremists on both sides are hanging on to their anger, as is their right. But let’s not pretend we – yes, I’d classify myself as an extremist, as far is Brexit is concerned – speak for the country. We don’t.

So, how do we ever hope to move forward, when it’s so hard to forgive and forget? Reactions to Brexit by Remainers have been described as like those experienced by the bereaved. The various stages of grief, such as depression and anger, are all too familiar to pro-Europeans, though the acceptance phase has yet to be reached by many.

Leavers may be experiencing some of those same emotions now, as they see promises they were made come to nothing. Some of the Leave Campaign’s promises were compelling. It’s not surprising that so many people wanted so much to believe them. When they won the referendum, they were full of hope and optimism. Almost five years later, the mood is rather more sombre.

No matter how you voted, or where you stand on Brexit now, trying to fight old battles is neither useful nor healthy. Despite my belief that the UK’s place is, and always should be, at the heart of Europe helping to make important decisions for a continent, I have to accept that is not where we are.

The fight is far from over

Accepting Brexit is ‘done’ does not mean the fight is over, just that the battles are different now. Remainers might rib Leavers about not knowing what they voted for, but very few voted for what we have now. Most people voted for a better life, or at least not a worse one.

Healing the division is not going to be easy. The experience has been extremely painful for so many, and the realities are biting us all. The deal we ended up with – and which hasn’t even been ratified yet by the EU – is one very few wanted. Theresa May’s red lines were responsible for much of the harm, but Boris Johnson’s position only made matters worse.

I would never suggest we all kiss and make up. That’s never going to happen, and it would make me a hypocrite. I have lost friends over Brexit that I will never see again. But I do believe we have more in common than we are ready to accept.

Extremists on both sides will never shake hands, but there are many others that don’t fit that description: honest, decent people who want a government that looks after them, that keeps its promises and that doesn’t get rich at their expense.

They want an NHS that is valued and well-funded, an electoral system that is fair, and a government that does more than pay lip service to the climate emergency.

Maybe most of all, they want their elected representatives to show some compassion, take responsibility and not be afraid to admit to their mistakes. Maybe if the government started to act a bit more human, we all could too.

This article was written by Bremain Chair Sue Wilson and was first published in Yorkshire Bylines on 11 April 2021.