EU and UK complete round three of talks about talks 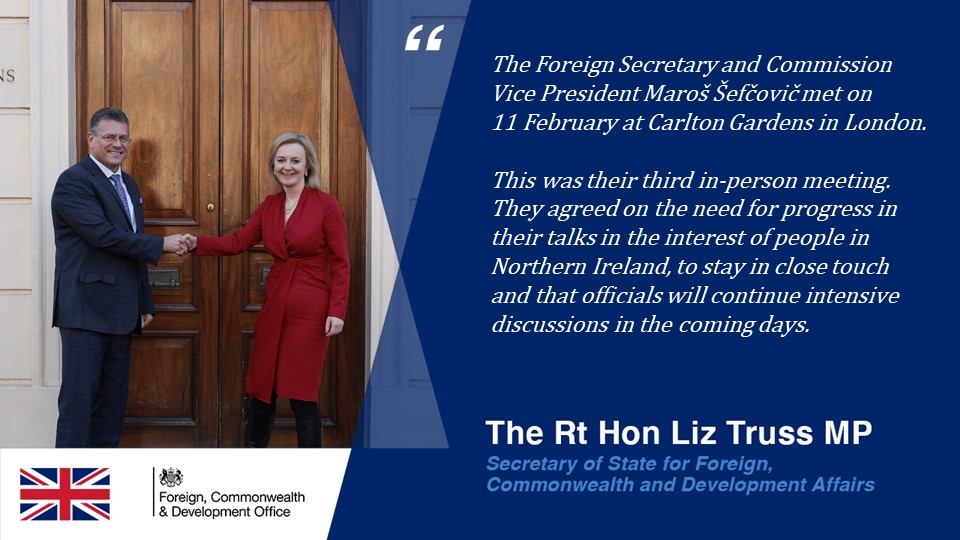 Round three of EU/UK Brexit negotiations took place on Friday with very little progress other than a plan for a joint committee meeting, writes Bremain Chair Sue  Wilson MBE for Yorkshire Bylines.

Unless you read the Irish press, you may have failed to notice that round three of the EU/UK Brexit negotiations took place on Friday 11 February. Maroš Šefčovič, vice president of the European Commission, was at Carlton Gardens in London for his third meeting with woman-of-many-hats Liz Truss. The joint statement was rather short on both word count and content. They might as well have released a statement saying, ‘a meeting took place and we took photos’.

The negotiations so far

The last meeting between Šefčovič and Truss took place on 24 January in Brussels. Little was achieved other than the arrangement of this latest head-to-head. The first meeting had likewise ended with nothing more than the parties taking a rain check. This time around they haven’t even, publicly at least, agreed a date for their next meeting.

Three rounds of talks later and we are barely any further forward. That’s despite both sides agreeing the need to wrap up negotiations – or suspend them – before the end of February, ahead of campaigning for the Northern Ireland assembly elections.

There was, at least, one positive development from round two of the talks in January – the agreement for a meeting of the EU/UK joint committee later this month. The committee, which was set up to oversee the implementation of the Brexit deal, has not met since June 2021.

Perceived problems with the protocol

The Northern Ireland protocol remains the main bone of contention between Brussels and London. The UK claims the EU is being overzealous in its application of protocol rules. The EU, on the other hand, is quick to remind London that we knew exactly what we were agreeing to when the deal was signed and lauded.

While we must hope that’s true of most of the UK negotiators, can it be true of our prime minister? He’s not exactly a details person. His interest was only in ‘getting Brexit done’ – not in how to make that happen, or how to make it a success.

As the European Commission said, in their official statement following the last meeting of the joint committee, “the Protocol is the solution that was found together with the UK, after four years of intense negotiations”. The aim of the protocol is, “to address the serious consequences that Brexit and the UK choice to leave the EU Single Market and Customs Union would have for Northern Ireland”. 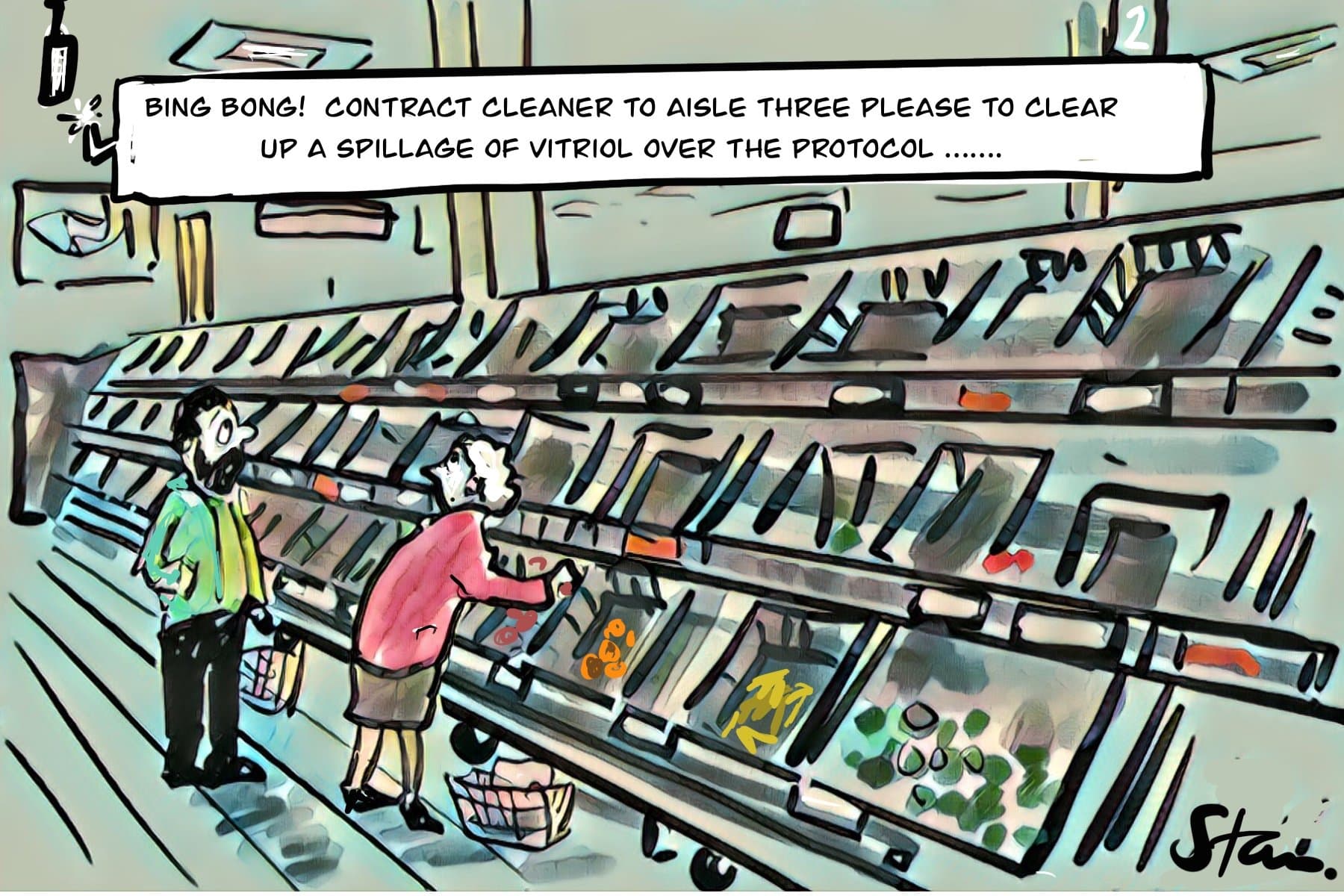 Although there was no mention of any progress in the joint statement, the Irish Times reported a “significant concession” from the UK regarding customs controls.

The UK has been demanding no checks on goods destined for end-users in Northern Ireland. While the EU expressed a willingness to take a lighter approach in its October 2021 proposals, it is mindful of the need to protect the integrity of the single market.

UK negotiators this week said they would accept certain customs controls, though not at existing levels; or even at the revised levels proposed by the EU last autumn. Whether that concession could be regarded as ‘significant’, perhaps only the negotiators really know. The Irish Times described it as “so sensitive” that it has not even been put in writing as yet. So, clearly not worth the paper it’s not written on.

A member of Truss’s negotiating team said she had, “put forward a series of constructive proposals to address problems created by the protocol”. She stressed that the UK’s fundamental negotiating position had not shifted. The EU gave the news a cautious welcome and suggested this was a positive move. However, one EU diplomat said, “We are not rolling out the red carpet yet. There is still a long way between the two sides”.

When it comes to Brexit, a dose of realism is needed

As the European Commission concluded in its statement following the last meeting of the joint committee:

“The UK has now to make a choice between fulfilling its legal obligations and genuinely engaging with the EU or continuing along its less than constructive path regarding the implementation of the Protocol. The EU hopes the UK chooses the former.”

For the sake of all citizens and businesses in the UK – not least those in Northern Ireland – we can only hope that we see more realism and less ideology going forward. At the very least, it’s high time Truss and her team accept one manifestly obvious premise: that the protocol is not the Brexit problem, it is the Brexit solution.

Unless, of course, she would like to swap it for single market and customs union membership. The country could live with that in time.