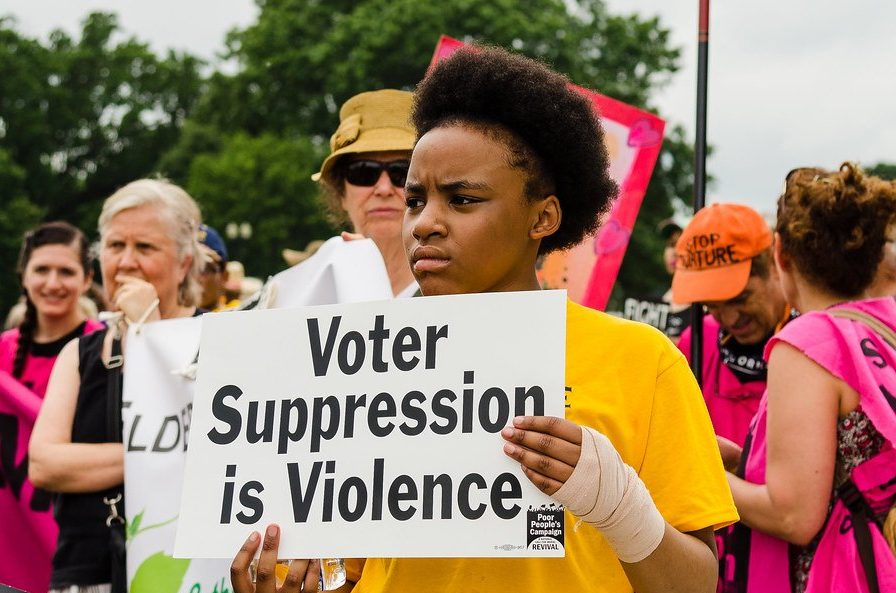 After many false starts, and countless broken promises, there was a glimmer of hope for Brits abroad – and their voting rights – in Tuesday’s Queen’s speech.

The scrapping of the arbitrary 15-year voting rule has been a longstanding, and oft-repeated, Conservative manifesto promise. The rule has deprived up to five million UK nationals living abroad of their democratic right to vote in UK elections, as it deprived them from voting in the 2016 Brexit referendum.

An earlier private member’s bill aimed at restoring voting rights – the overseas electors bill 2017–2019 – failed to make it past the report stage in parliament. We now have a government bill, and a government majority, that could finally bring about the change we have been long been campaigning for. There is also more money available, following the increase of funding by £2.5m in the recent budget.

Harry Shindler on the Queen’s speech

Responding to news of the electoral integrity bill being included in the Queen’s speech, veteran campaigner, Harry Shindler MBE, had this to say: “It is excellent news”. In typical modest style, Harry took no credit for getting us this far himself, instead asking me to thank campaigners in Spain for their efforts.

He said, “UK nationals in Spain have played an important role, and your efforts have finally paid off. You did it”. Whilst the recognition from Harry is welcome, we think, after his 25 years of active campaigning, that most of the credit is his.

Scepticism from those denied voting rights

Despite baby steps in the right direction, there is still a high degree of scepticism from those denied their voting rights. We have been here before, heard the rhetoric before, had our hopes dashed before. Even the name of the bill that might finally resolve our longstanding issue – the electoral integrity bill – brings about a wry smile. Integrity is not something we naturally associate with this government.

For many months, I have been attempting to get a straight answer out of the Cabinet Office about when we could expect the return of our voting rights. After involving my own MP, and later the Foreign, Commonwealth and Development Office, the scarce responses have always been much the same.

They repeat back to us how important our rights are to them; how we maintain strong links to the UK, including paying taxes; how committed they are to scrapping the 15-year rule etc etc etc. No specifics, no time scales. A cut and paste job, hardly edited from last year’s version before the electoral integrity bill even existed.

In the grand scale of concerns around the content of the Queen’s speech, the rights of UK nationals abroad will not be high on anyone’s agenda, especially in the UK. There are many pressing concerns. Boris Johnson’s pledge to reform social care has failed to amount to anything, with no more than an assertion that a proposal “will be brought forward”. Then there’s the controversial police, crime, sentencing and courts bill, which threatens our civil liberties and our ability to protest peacefully.

In addition, the planned repeal of the Fixed Term Parliament Act could see the prime minister call an election at any time – such as when he feels Labour are most at risk and the ‘vaccine bounce’ is still working in his favour.

If the next election comes early, even if the electoral bill progresses well through parliament – House of Lords permitting – any government promises to restore our voting rights before the next ‘scheduled’ election become meaningless. The government’s plan to avoid scrutiny and suppress opposition seemingly continues unabated.

Clear pattern across the bills in the Queen's Speech. Voter suppression through pointless ID scheme, reform of judicial review, continuation of policing bill to silence protests. They all expand the power of the Conservative government and undermine that which might challenge it.

As welcome as the news about the restoration of voting rights is, it is a bitter pill to swallow when the bill that could restore democracy to Brits abroad, will have the opposite effect on many others. If, or perhaps when, the electoral integrity bill is passed, Brits abroad may be the winners, but many others will be the losers, including 3.5 million UK residents currently without photo ID.

A mother on Twitter said, “when I was a single mum, struggling to buy food, I didn’t have money to drive a car, so no licence. Certainly not enough to buy a passport. Let alone travel abroad. So how do the millions in a similar situation provide photo ID? But that’s the whole point isn’t it @BorisJohnson.”

Under the guise of protecting the country from electoral fraud, the proposed new photo ID requirements will prevent many others from exercising their democratic right to vote.

The electoral fraud argument for voter ID is a spurious one. In 2019, there were a total of 595 cases of alleged voter fraud investigated by the police, of which only 164 related to the general election (source Electoral Commission). Of the 595 alleged offences only four led to a conviction, with two individuals being given a police caution. Voter ID is a solution to a problem that does not exist.