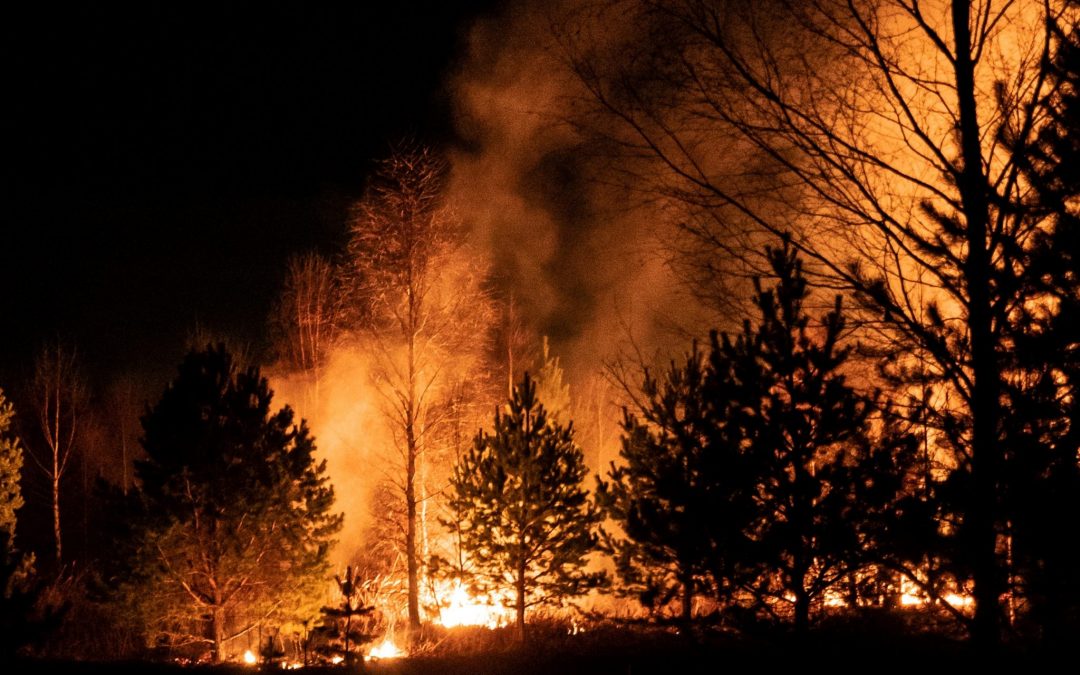 Last weekend saw my home region of Spain – the Valencian Community – brace for the first real ola de calor of the 2021 season, writes Bremain Chair Sue Wilson for Yorkshire Bylines. Warm air from the Sahara brought temperatures of over 40 degrees Celsius, with the threat of forest fires raised to ‘extreme’. The heatwave was also responsible for rising humidity levels on the coast, affecting atmospheric conditions and damaging air quality.

The threat of wild fires ravaging the countryside is a very real one, and not just in Spain. Recent fires around the world, such as in Greece, America and Australia, have highlighted the urgency of climate change action, and the dangers of inaction.

July saw extreme weather conditions across the globe, including unprecedented levels of flooding and landslides. On 11 August, Syracuse in Italy recorded the highest temperature ever experienced in Europe – 48.8 degrees C. This was beaten only by the highest temperature ever recorded on the planet – 54.4 degrees C (130 degrees F) – in Death Valley, USA in July (source National Centers for Environmental Information).

In ten weeks’ time – from 31 October to 12 November – the UK will host the UN Climate Change Conference of the Parties (COP26) in Glasgow. A glossy brochure, entitled ‘COP26 explained’, starts with a quote from Prime Minister Boris Johnson:

“Securing a brighter future for our children and future generations requires countries to take urgent action at home and abroad to turn the tide on climate change. It is with ambition, courage and collaboration as we approach the crucial COP26 summit in the UK that we can seize this moment together, so we can recover cleaner, rebuild greener and restore our planet.” 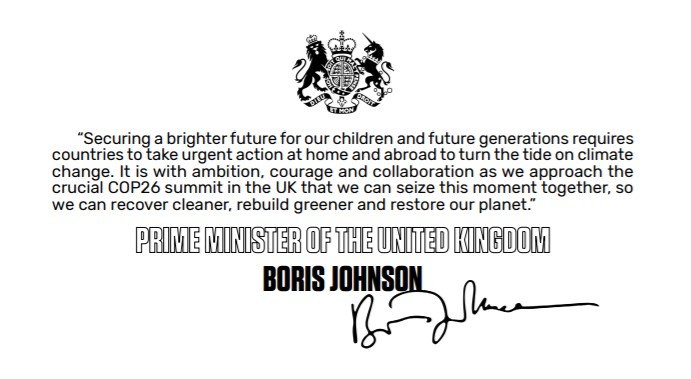 The brochure describes climate change as “the greatest risk facing us all”. Many would agree. They may, however, disagree with the claim that “the UK has a lot to be proud of when it comes to acting on climate change”.

The stated goals of COP are to:

COP president, Alok Sharma, says that the UK is “leading the way” on climate action. He told the Observer the world is “dangerously close” to running out of time adding, “we can’t afford to wait two years, five years, 10 years – this is the moment”.

However, Sharma has recently been criticised for travelling by plane to over 30 countries in the last seven months. The aim of the visits was to discuss climate change commitments with world dignitaries, but to do by plane when he is supposed to be leading on environment policy was labelled ‘hypocritical’ by many. And to do so in the midst of a pandemic, and then choose not to quarantine on his return, only added insult to injury.

Despite warning that the consequences of failure would be “catastrophic”, Sharma insisted that the UK would persevere with its plans to license new oil and gas fields.

Following the publication of a recent “dire” report by a US science panel, environmental campaigner, Greta Thunberg announced her intention to attend COP26. She said she hoped the report would be “a wake-up call”. It would take massive pressure from both the public and the media, she said, for appropriate action to be taken.

Thunberg has long been critical of the inactions of governments around the world to tackle the growing climate crisis. Previous scientific warnings have seemingly been ignored, and actions have failed to live up to the hype.

“I expect them to go out and have big speeches, or press releases, or posts on social media where they say the climate crisis is very important and we are doing everything that we can”, Thunberg said. “As it is now, nothing is changing. The only thing that’s changing is the climate.”

In an interview with @Reuters, climate activist @GretaThunberg called for action to fight climate change after a dire report on global warming was released by the U.N. science panel https://t.co/jJipEZK8xd pic.twitter.com/lI6oRSbcA2

I don’t doubt that many government ministers around the globe are genuinely concerned about the climate crisis we face. But, I suspect there are many more that have jumped on the environment bandwagon simply because they can no longer avoid it, or think it’s a vote-winner with the young.

As for our own government, it seems a regular occurrence for them to be hot on the rhetoric, but cold on the follow through. Whether on Brexit, covid, or climate change, our political representatives are all mouth and no trousers.

We are increasingly used to seeing them follow a different set of rules to the rest of us, and to putting their own interests ahead of the needs of the country, or the planet. How can we have any confidence that they will take the necessary tough steps to reverse, or even slow down, the damage that we are inflicting on the world?