“Brexit a roaring success” – have the Tories lost the plot? 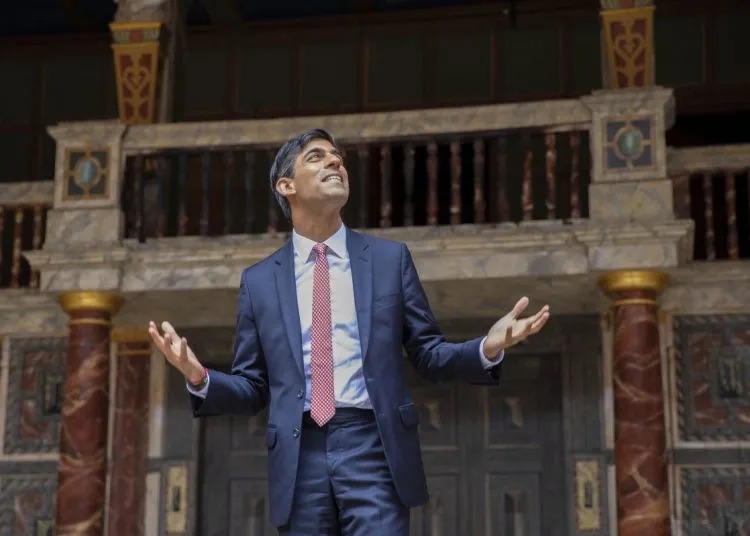 A certain kind of desperation is taking hold in Conservative ranks as Brexit delusions begin to crumble in the face of reality, writes Bremain Chair Sue Wilson MBE for Yorkshire Bylines.

Anyone following British politics over recent months and years will no doubt have questioned the reliability of many political statements. You may even have thought you were being lied to, or at the very least that some politicians – especially those supporting Brexit – were lying to themselves.

Whether Westminster rhetoric has caused you to despair or made you angry, it will likely have made you question the sanity of some MPs, some Cabinet Ministers, or even some political parties. The latest bordering-on-bonkers nonsense is unlikely to cause any change in that opinion.

It’s all a big joke to them. They’re laughing at the voters they misled. ~AA pic.twitter.com/obBFomHmLq

If you are looking for fully-fledged governmental delusion, then right-wing Tory Brexit supporters are a good place to start. Stand up, former Deputy Leader of the House of Commons and former advisory member of the Leave Means Leave board, Peter Bone.

The Member for Wellingborough has previously described government plans to introduce same-sex marriage as “completely nuts”; has voted to lower the time limit for abortions to 12 weeks; is in favour of the death penalty and conscription; is opposed to a national minimum wage and was described as Britain’s “meanest boss” by the Daily Mirror in 1995. So, not exactly what you might call a leftie, or even a centrist.

Bone’s latest daft idea – in the face of public opinion and ample evidence of Brexit damage – is a parliamentary debate led by the Chancellor. The title? “Brexit: a roaring success”. Now it’s entirely possible that Bone is deluded enough to believe Brexit has been a hit. It’s even possible that former PM candidate, Penny Mordaunt, really does believe that he’s ”absolutely right”. What isn’t credible is that they think the public, or perhaps even parliament, are on the same page. The Tories may see the funny side of Bone’s ‘joke’. Those suffering the effects of a Covid, Ukraine and, yes, Brexit induced cost-of-living crisis, may not.

Delusional statements on Brexit are not new from Frost, and he’s never been shy about imparting his bonkers brand of wisdom to anyone who will listen (mostly Telegraph readers). Often aiming his counsel at the PM and/or the government, he has always been keen to impart advice on how to manage (his version of) Brexit.

Back in April, Frost warned the government to “Beware” (the threat?) that “Remainers are regrouping”. Then in May, he was advocating for the scrapping of the Northern Ireland Protocol, the very same deal that he & Boris Johnson had negotiated. Under duress, it would seem, or at least not in good faith.

Yet again, he is now warning that the enemies the government needs to watch out for are pro-Europeans. Remainers are, apparently, campaigning “to return the UK to the orbit of Brussels” but, are basing our plans on ”a fallacy”. According to Frost, “Brexit isn’t failing”. Or as Bone put it, Brexit is a “roaring success”.

I’m not sure where Frost gets his – for want of a better word – “intelligence” from, but it clearly isn’t from the OBR, the Bank of England or from anywhere but the most-right wing of media.

With the latest immigration figures disproving the Brexit myth of “taking back control of our borders”, the government desperately needed a new plan that would attempt to control numbers. Enter stage right Prime Minister, Rishi Sunak with the latest wild idea. A suggestion so inappropriate as to have had many – not least former Tory MP, David Gauke – questioning the sanity of his former party.

Every time you start to hope that the Conservative Party is recovering its sanity… https://t.co/uE6Uyh4dDP

The latest government target, in the battle to reduce immigration, is foreign students. With net migration climbing to a record half a million plus, Sunak is considering putting up barriers to reduce the number of foreign students studying in the UK. Those barriers could include a crackdown on “low quality” degrees, restricting admissions to top universities and preventing foreign students from bringing dependents to the UK.

The plan, which is likely to have the support of the Home Secretary, could meet with resistance in Whitehall, however. The Department of Education will likely raise concerns about the potential impact on university funding, especially as foreign students pay considerably more for their university placements than UK nationals.

Former EU Brexit negotiator & MEP, Guy Verhofstadt, also drew attention to the impact on our country’s future. “Students are the last thing you want to ban”, he tweeted. “Everyone gets richer when talent and ideas travel across borders”. Not that we’d expect any politician, or party, that has swallowed the Brexit Kool-Aid to welcome any talent or ideas that “travel across borders.

Students are the last thing you want to ban. Everyone gets richer when talent and ideas travel across borders.

Another opportunity for Europe to win the race for young people eager to shape the future !https://t.co/5jStLmT4Rb

British politics has changed so much over the last six years, in ways we never believed possible. Since the run-up to the Brexit referendum in 2016, we have witnessed a more divisive, mendacious and toxic discourse. A government that increasingly demands more power and less scrutiny, and has taken this country – and the Tory party – so far-right that it’s increasingly difficult to use the word democracy to describe our politics.

The sheer madness of some of the ideas and bills that this government has put forward would be hysterically funny if it weren’t so damned scary. Thankfully, the country, and increasingly the mainstream media, are waking up from their mass hysteria. The rising number of Tory MPs stepping down at the next general election would suggest that the party itself is waking up too. Well, some of them anyway.

So, have the government finally lost the plot? The rest of the world certainly thinks so, and increasingly, so does the voting public. Brexit has already cost four Prime Ministers their jobs. The Tory Party’s sanity looks set to be another Brexit casualty. We can only hope that they won’t be replaced by another kind of Brexit lunacy. It’s time, surely, for some common sense, realism and honesty.

The Brexit joke wasn’t funny in 2016. And it certainly isn’t funny now.