Boris Johnson clings on to power: a long and expensive six weeks 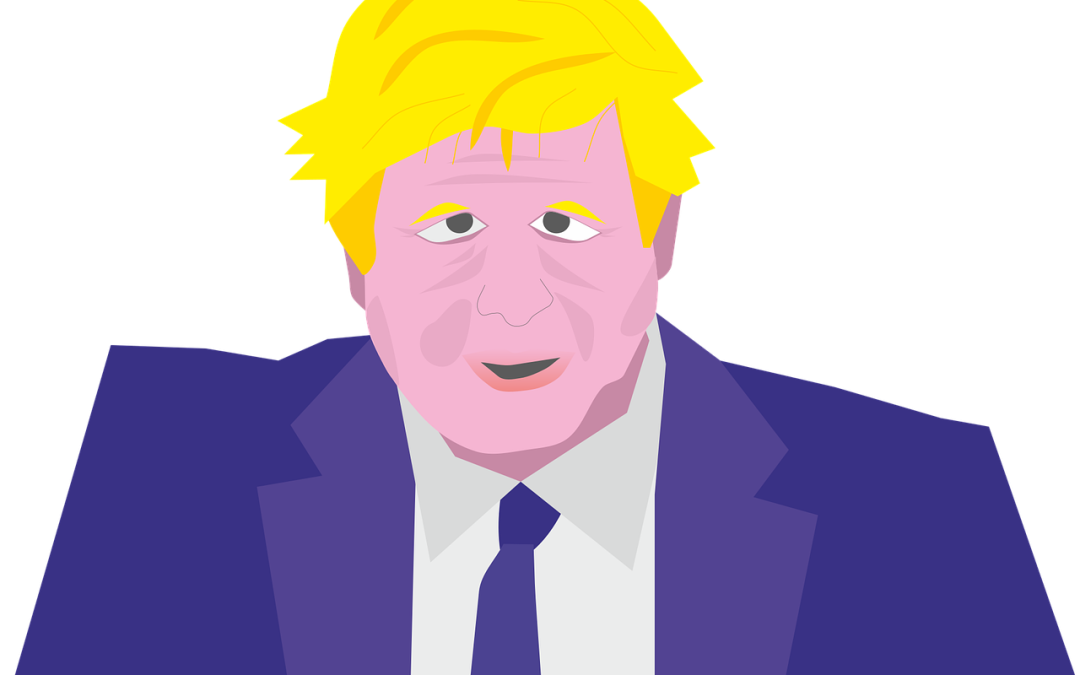 The prime minister is approaching his final six weeks in much the same way as he’s approached his entire term of office, writes Bremain Chair Sue Wilson MBE for Yorkshire Bylines.

On 7July 2022, less than three years after winning a landslide election, Boris Johnson resigned as prime minister. Well, sort of. Having lost the confidence of the Conservative Party – long after losing the confidence of the country – he delivered his resignation speech outside No.10 Downing Street.

Although he didn’t actually say the words ‘I resign’, he announced his intention to do so, sparking a bitter leadership race that won’t be resolved until September. In the meantime, especially now that parliament is in summer recess, what can we expect from Johnson and his government? If the last two weeks is anything to go by, then more of the same, but with expensive knobs on!

One of the first plans Johnson announced after his ‘resignation’ was a wedding party at Chequers, previously postponed due to the pandemic. Following considerable outrage, it appeared that the prime minister had reconsidered, and would hold the party elsewhere, and not paid for via the public purse.

Yet within a few days, Johnson decided to host a leaving party, again at Chequers, and possibly with the exact same guest list as the wedding party. To add insult to injury, the leaving do was Johnson’s excuse for failing to attend an emergency Cobra meeting, to discuss the imminent heatwave.

Of course, Johnson has form for missing emergency Cobra meetings, having missed five such meetings during the pandemic. Not so much fiddling while Rome burns, as fiddling expenses while London burns.

We’ve become accustomed to seeing Johnson play dress up. There can’t be many uniforms he hasn’t donned during his premiership and if the last few days are anything to go by, we can expect many more fancy dress fantasies, all at our expense.

First footage of the PM at controls of a Typhoon last week.

In a speech this morning he'll compare the flight to
to his leadership of the Tory party:

"I hauled the joystick right the way back and we did a loop the loop…" pic.twitter.com/LXyYlArA5Q

Johnson’s latest dressing up play series started on board a Typhoon jet. While performing a dangerous – and highly skilled – refuelling exercise, Johnson was supposedly at the controls of the jet. Few believed any jet pilot would we foolish enough, or authorised, to allow this ridiculous manoeuvre by an inexperienced passenger. But then, anything is possible. After all, this particular passenger has been at the controls of the country for almost three years, and still is.

Switching from one armed service to another, Johnson’s next play date was with the army. Happily back in camouflage and playing with weapons – hopefully not loaded! – Johnson was again proving that he has never really grown up. The man-child seems determined to play with as many toys and wear as many uniforms as possible during his last few weeks as PM. No doubt he is having a ball staying as far away from his duties as possible, and of course, as we’ve come to expect, all paid for by someone else. In this case, us.

Someone drag him out of No10 now… before the black door becomes barricaded with cosplay uniforms. pic.twitter.com/eJHAppTvgV

Deluded to the end

Against all the evidence, Johnson still sees himself as a winner, a success story, someone to be revered and respected. That’s despite the country and his party, turning against him for his failures, dishonesty and style.

The child that wanted to be king of the world still, against all reason, believes he can be. Not only that but that the world should be grateful for his service. A “well sourced” former aide and “freelance C/conservative pundit”, Tim Montgomerie, even claims that “Boris is telling aides he’ll be PM again” next year. Which rather puts a different spin on his final words at his final PMQs last week – “hasta la vista, baby”.

!!! Boris is telling aides that he’ll be PM again within a year.

Johnson has always claimed his leadership a great success, with frequent declarations about non-existent accomplishments. It was therefore no surprise that his closing statement, published on 21 July, was entitled “Government delivery”. The 2,500+ word statement was full of exaggeration, delusion and downright dishonesty.

Johnson started by explaining why the British public “were right to place their trust in me”. We were then treated to a list of all Johnson’s achievements.

The deranged ramblings of a seriously diseased mind. pic.twitter.com/k341gGIU4I

The first, unsurprisingly, was that “we got Brexit done”. We have, apparently, taken back control of our borders and “have been seizing the opportunities that come with this new freedom”. Johnson went on to say that it was because of that new border control that we had been able to act swiftly in Afghanistan and Ukraine and develop the relationship with Rwanda on immigration. No mention of chaos at Dover, or the fact that France – a member of the EU – was successfully demonstrating its own border controls.

Second on Johnson’s list was guiding “the country through its greatest challenge since the Second World War”. He was referring, of course, to the pandemic. Apparently we had “more powerful new drugs … than any of our neighbours” and the fastest vaccine roll-out in Europe – though in reality, Brexit severely hampered that rollout beyond the initial burst.

His third claim was on levelling up. In order to distribute opportunity equally across the country, Johnson said, this meant “bringing down crime, strengthening our health system, sorting out social care and improving our schools”.  The government, he claimed, has “acted on every front”:

Johnson´s fourth claim was on how well he had, presumably single-handedly, “secured the fastest economic growth in the G7 last year”. No mention of being 19th out of the G20 countries, with only Russia’s economy performing worse than the UK. This was followed by his regularly touted lie of the “lowest unemployment rate in almost 50 years”.

The fifth and final claim was regarding the UK’s standing on the global stage. This included “embracing the freedom we now have to chart our own course”, (whatever that means), and ”driving action on climate change”

A long and expensive six weeks

Unsurprisingly, Johnson rounded off his statement with his war stories on Ukraine. Having “brought the G7 and NATO together” he also boasted of his visa scheme for Ukrainian refugees, while obviously failing to mention that other European countries had removed any visa requirements.

In his final paragraph, Johnson said he was “proud of our record in office since 2019”. He added that he remained “determined that we continue to deliver in our final weeks”.

It’s quite possible he actually believes his own hype. After all, he’s spent his life doing what he wants, when he wants, and regardless of the consequences.

Johnson believes he is better than the rest of us. He’s not. He’s the worst, most devious, most mendacious prime minister this country has ever known, and he’s not done yet. Plenty of time left for dressing-up, wasting our money and destroying our reputation.

It’s going to be a very long and very expensive six weeks!