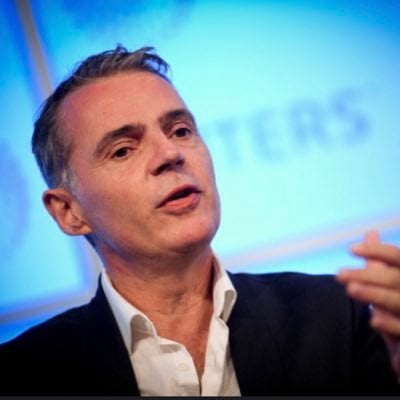 Peter Jukes is an English author, screenwriter, playwright, literary critic and journalist. He is also the founder and executive editor of Byline Times and co-founder of Byline Festival.

Pat Kennedy: Why don’t more intelligent, well read, long headed (Ulster terminology) clued in people like yourself stand as MPs? Billy Connolly once said that the desire to be one should immediately disqualify one. Has he been proven right?

Had to look up ‘long-headed’! Thanks! Right now, I think the problems with democracy are more profound than just those who stand for Parliament. They only win or lose in the context of a broken fourth estate, where our information is either parlayed by non-domiciled billionaire media owners or twisted by social media giants like Facebook who monetise outrage and conspiracy theory. So, my priority is to do what I can to create (or recreate) an information space where – whatever the political solutions may be – we all accept a common reality and common problems. With the US Republican Party now dominated by the ‘Big Lie’ that Biden stole the election from Trump, and the UK vitiated by Covid deniers, Anti-Vaxxers, and a government still trying to convince us how great Brexit is, this basic substrata of truth seems to be missing.

Mike Phillips: What issue do you think we could prosecute the Johnson government with to successfully prove misconduct in office?

Though there have been noble attempts to use the Misconduct law for prosecutions, I doubt if that’s the real route. It’s too politicised for the judiciary. More effective to me seems the route taken by the Good Law Project and Foxglove in subjecting the government to judicial review over specific policies such as the Crony Contracts scandal (first broken by Byline Times), pork-barrel spending, GP data grabs etc. I note that Matt Hancock, Lord Bethell, Gavin Williamson and Robert Jenrick are no longer ministers. This is – I believe – a direct result of investigative journalism and time judicial review.

The Afghanistan withdrawal displayed a weakness in UK foreign relations. How can the UK continue to work with EU nations to provide an alternative strategy to a US lead foreign policy?

Long before the calamitous withdrawal this summer, the UK’s actual military effectiveness as a junior partner to the US in both the Iraq and Afghanistan invasions, was being severely doubted by our superpower ally.  Though individuals have made extreme sacrifices, our deployment in both Basra and Helmand left US commanders wondering what had happened to the British military. We were punching beyond our weight for decades and now are depleted. This may be a good thing. We have traditionally spent more on defence than other European countries. As America becomes more isolationist, and the threat to Europe from Russia post the Ukraine Maidan revolution increases, there will be a space for further European cooperation. And the power of Europe, though it needs military backup, has been mainly soft power. Many former Cold War adversaries are now, through the power of the acquis, firmly in the orbit of liberal democracy. There are problems with Hungary and Poland to be sure, but the main source of violence of the previous four centuries, war in Europe between the Great Powers, is now a very dim and distant prospect. So, my hope is that the UK will realise that, in defence terms as well as economic terms, our main hope is with the rest of Europe.

Valerie Chaplin: Bylines is growing in the UK, but there are many UK nationals residing in the rest of the world. Have you any plans to include them?

Hopefully, they have no problem accessing either the Bylines Network of local and regional sites, or the newspaper and TV channel online. We mail out the paper to many different countries. But I’m sure the Bylines Network would welcome a site for Britons overseas.

Steve Wilson: What is the main aim of the Bylines media network, and is the message cutting through?

The message is simple – truth matters. The only way that democracy can work is with an informed electorate, and with disinformation, dark money and Astro-turfed fake news rife, we have to go back to basics and reaffirm that reality matters. Of course, the Government and its media allies and PR campaigns can try to negate the truth of their terrible handling of the Coronavirus or impacts of a hard Brexit. They can try to distract us with culture wars over statues and taking the knee. But just as in the fantastic TV series Chernobyl – as the Soviet authorities tried to cover up the design flaws in their nuclear reactor – reality has a way of seeping beyond the control of ideology and propaganda. As the whistleblowing scientist Valery Legasov says in the TV series: “The truth doesn’t care about our needs or wants, it doesn’t care about our governments, our ideologies, our religions. It will lie in wait for all time.”

David Eldridge: What are the chances of a “progressive alliance” before the next election, and if such an alliance was formed, what should its main focus be?

I’m not qualified to predict if people will rally around these principles of truth, transparency and accountability before the next election. Certainly, my hope is that more and more people are waking up to the corruption, malfeasance and oligarchical dark money in our midst. If they do, then we should rally around these basic principles of democratic reform, now being undermined by the current Elections Bill. A strong electoral commission, tighter laws on party funding, enforcing the Ministerial Code, banning foreign interference and hidden spending – the list is long but like the 1832 Reform Act, there is a wide public interest that could appeal across the spectrum. 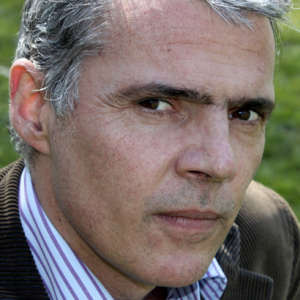 Matt Burton: As discussions around Brexit and Covid almost inevitably lead to people basing their thoughts on their feelings, rather than evidence, what can be done to make our public discourse more data-based?

As I’ve indicated, I do believe that reason, objectivity and a common shared understanding of the basic principles of reality are important for a democracy to function. Byline Times has recently created a Byline Intelligence Team to look at a number of issues, from crony contracts, Conservative donors, to healthcare commercialisation to see what the actual data shows. It is led by Iain Overton, a great pioneer and practitioner of ‘data driven’ journalism. But data needs to be turned into information and then processed a stage further to become knowledge. Ultimately, the final refinement of data is wisdom. And at each stage of that process, appealing to people’s everyday lives, their experiences, values and feelings is very important. As someone who spent most of my previous career in fiction, I do understand the importance of storytelling. But you’re right: storytelling unmoored from reality becomes dangerous – a mixture of myth, bias and self-fulfilling prophecy

Lisa Burton: Do you think we will ever see a Levenson 2 type inquiry to expose the corruption and power of some of the media and what, if anything, could be done to push for one?

Our sister organisation Byline Investigates, run by two former tabloid journalists who have repented of their pasts, has done something to restitute for the gap left by Theresa May’s cancellation of Leveson 2 which was always designed to happen once the phone-hacking trials were over. The civil courts are doing a good job at exposing the privacy intrusions of the Sun and the Mirror Group. The Daniel Morgan Independent Panel report exposed some of what Gordon Brown described as “the criminal media nexus”. But because the Conservative Party is so close to the main malefactors in the right-wing press, Leveson 2 is highly unlikely, and I doubt the Labour Party has the stomach to bring it back. But the good news is that the public are much more aware of the cabal operating in the press and much more critical. Their revenues and influence are declining with the rise of new media, and they are kept on their toes by constant public scrutiny and advertising boycotts like those encourage by Stop Funding Hate. The horse has bolted, I fear, when it comes to Leveson2. But there are many other ways to tame the feral press.

Bremainers Ask – October feature: The Bremain Council are holding our annual Steering Meeting on 23 October, followed by our AGM on 24 October in Málaga. We therefore felt this would be a great opportunity for our members to put questions directly to the Council.

If you would like to submit a question for consideration, please contact us by email, no later than 15 October here: mailto:enquiries@Bremaininspain.com