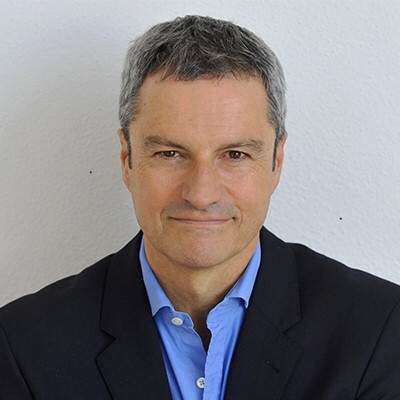 Gavin Esler is an award-winning television and radio broadcaster, novelist and journalist. He is the holder of a Royal Television Society award, a Sony Gold (radio) award, and two Lovie awards for his podcast series about Vladimir Putin, The Big Steal. He is the author of five novels and four non-fiction books, most recently, “How Britain Ends – English Nationalism and the Re-birth of Four Nations”.

Mike Thomas: If we were to re-run the 2016 referendum, how would it be possible or practical to present accurate information and stop one side using and amplifying lies to dissuade/persuade voters?

Well, what is done is done. Any re-run referendum would have to be on rejoining the EU and in one sense it would be easier. People are much more suspicious of lies in political life, and the Brexit bunch have failed to come up with any – any – significant Brexit “opportunity”. Unfortunately, however, rejoining the EU would be fraught with difficulties. We might even be at the back of the queue behind Moldova, Albania and Ukraine.

Tracy Rolfe: Do you see a route to EU membership for the UK? If so, what is it and what would be the timescale?

I dislike referendums intensely and would suggest that at the next general election it would be possible for Labour and the Liberal Democrats to put a line in their manifestoes saying they would work together with other parties for a better relationship with the EU – and move to rejoin the Single Market and Customs Union without a referendum.

Pat Kennedy: Why do you think Change UK had so little support in the 2019 European elections, when half the country didn’t want to leave the EU and Brexit negotiations were not going well?

It is very difficult in the UK to break the two-party system, despite the fact that the only other country which elects its legislature in such an idiotic way is Belarus. And it is an England problem. Scotland, Northern Ireland and Wales have PR systems in their devolved administrations. The party of protest in 2019 was that of the Lib Dems and they – rightly – did very well. Breaking the system – a failed system – depends upon achieving PR I think. Oh, and we had no party organisation or funds either, just enthusiasm!

Valerie Chaplin: With the terrible conflict in Ukraine, will Boris Johnson and colleagues get away with not being held to account over Partygate etc?

Possibly. But some of us will not forget. And moreover, the Putin style is to lie constantly. In that sense Trump, Johnson and other so-called populist leaders are Putin’s fellow travellers. Johnson has been lucky for a long time. I know many Conservatives, however, who utterly despise him.

Ruth Woodhouse: I understand that you have been a voice for Led By Donkeys. Do you consider that their projects have had any measurable effect?

I think Led By Donkeys have proved that many of us are willing to consider information sources which are not part of the mainstream. I think that they have proved so far to be utterly reliable in asserting merely the facts about Brexit, Cummings, Russian money in our political system, etc., and therefore I give them my support when I can.

Steve Wilson: Would you ever consider another attempt at becoming a politician?

Never say never, but I cannot see it under the two-party system. And remember, each part of the UK votes for a different ‘biggest’ party – SNP in Scotland; DUP (or soon Sinn Fein) in Northern Ireland; Labour in Wales and Conservatives in England. My book ‘How Britain Ends’ is not a recommendation but an observation that Westminster politics has failed to unite the “United” Kingdom.

Lisa Burton: The BBC is often under attack, from the left, the right and from government. Since your days at the BBC, have you noticed any changes in the way it reports and analyses political topics, or are these attacks a consequence of the culture wars?

Not really, no. I have noticed greater polarisation and ludicrous attacks on the Corporation especially from those who witter endlessly about “Global Britain” and yet have tarnished one of our best brands.

Andy Hawker: Britain as a cultural project is going through a very tough time and BREXIT has exacerbated this. Do you think events like Unboxed will help to restore the British narrative or simple drive a deeper wedge between the nations? Is there anything that could bring the UK together again?

Various Royal weddings and the 2012 Olympics did not pull us together for very long. I doubt if the re-badged Festival of Brexit will do much when the “British narrative” has been so tarnished by a British government which speaks mainly for the English heartland. I cannot name any current Westminster politician from an English constituency who speaks for the union of the UK in any credible way in Scotland, Northern Ireland and Wales. Where is the Thatcher of today? Or not merely the Churchill but Arthur Greenwood? (Arthur is a hero of mine from 1939 when he spoke for England – and all of the UK – worth Googling him).

Coming next month, we are delighted to be featuring journalist, actor, author and award-winning radio and TV broadcaster, Terry Christian. Terry has been a strong critic of Brexit, and the Tory government, and he doesn’t mince his words. If you wish to contribute to next month’s Bremainers Ask, please send your question(s) to enquiries@bremaininspain.com no later than Wednesday 6 April.