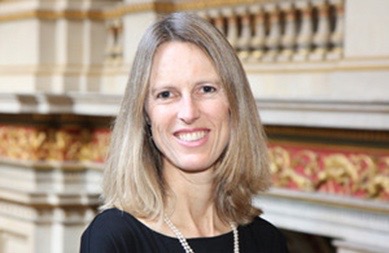 Alexandra Hall Hall is a former British diplomat with over 30 years’ service, including postings to Bangkok, Washington, New Delhi, Bogota and Tbilisi, where she was the British Ambassador from 2013 – 2016.

Her most recent assignment was as Brexit Counsellor and spokesperson at the British Embassy in Washington from 2018. She resigned from that position, and from the Foreign Office altogether, in December 2019, after concluding she could no longer represent the British Government’s position on Brexit with integrity.

She is now a frequent commentator and writer on British politics and foreign policy post-Brexit.

Valerie Chaplin: Is the Conservative party now beyond redemption and what would need to happen to restore it to a less extremist position?

I do not think any political party is beyond redemption. There is always the chance to remake oneself, learn from mistakes, revise policies and adapt to new times. The usual way for this to happen is for a party to lose an election and be forced to spend many years in opposition, reflecting on why. However, as long as the Conservative party believes it has the formula for winning elections, there will be no incentive for it to change. So, it is really up to voters to send a message if they want it to change.

Steve Wilson: Having worked in a variety of countries, do any of the systems of government you’ve witnessed offer lessons to the UK on how to govern well or badly?

Of course. One advantage of working overseas is that you get some distance and perspective on your own country, and how it is seen by others. You also get to observe the systems of other governments, and gain insights into what works well, or not.

For most of my career, I genuinely found the UK system compared very favourably in comparison with the governments in the countries where I was posted. In my experience, I would also say there is absolutely no failproof system for ensuring integrity and competence in government. Each country has its own traditions and structures, and what may work well in one country, might not in another. So I can’t directly suggest that any model from other countries is the right one for the UK.

Democracy at least offers a chance to throw out a government which has lost its way. But democracy is not just about elections every few years, but a whole system of delicate checks and balances which interact with each other to prevent overreach by any one branch of government. It also relies on public trust between the government and voters. Voters will forgive governments some mistakes, if they believe them to be honest ones, and based on decisions taken in good faith.

While the UK’s system has some strange anomalies (such as the unelected House of Lords) and systems which not everyone supports (e.g. FPTP) I never thought our system was fundamentally undemocratic. However, that confidence was shaken by Brexit. It was not the result of the referendum per se, but the way in which the government claimed a mandate to implement the very hardest form of Brexit, overriding the concerns of significant sectors of our economy, society and different regions of our country. It was also the government’s ability to wilfully mislead the British public about the implications, with no accountability.

What Brexit exposed is that our system is too reliant on our government acting with self-restraint, and policing itself to uphold standards of public office, including the core obligation to be honest. When this is absent, trust begins to break down, and that erodes confidence in all parts of the system. We are witnessing this breakdown in the UK.

British diplomats are as capable as they ever were. But British diplomacy is not. British diplomats have to work twice as hard to maintain the same position and influence as we had before. For example, we are no longer included in EU meetings, not just in Brussels, but in fora, embassies, conferences and other EU organised gatherings around the world. We are dependent on invitations, and what they choose to brief us on afterwards. We have less insight into what drives EU policy, and therefore how best to influence it. We can also no longer rely automatically on EU colleagues having our back if we get into a bilateral spat with any other country (as risks now being the case with the US over UK threats to renege on the Northern Ireland Protocol).

British diplomats also have to spend much more time defending and explaining what is going on in the UK, rather than keeping the focus on the country to which they are posted, as used to be the case. Their ability to lobby other countries on various human rights, refugee and other international legal matters is undermined by the growing perception that the UK is willing to waive its own obligations when it suits. This perception also undermines trust in the UK, and countries may become more reluctant either to engage with us, or sign formal deals with us, if they fear we may misrepresent the details, or go back on our word.

The fraying of our bonds with the EU, and the damage done to our international reputation by the way in which the government pursued Brexit, has left us more isolated on the world stage, and more vulnerable to countries no longer respecting our positions, or playing hardball with us. It’s a shame, because on many issues, such as the conflict in Ukraine, or climate change policy, the UK has genuinely had a lot to offer. But the blind spot around Brexit undermines all our other diplomatic efforts.

In short, our diplomatic hand is weakened, and other countries know it.

Keith Glazzard: You have clearly stated the role of conscience for yourself and possibly for others who decided that they could no longer serve. Can it be the case that Brexit has empowered a government without conscience?

Yes. Just as autocracies don’t spring into being overnight, but gradually erode checks and balances on their way to amassing absolute power, nor does dishonest government necessarily happen overnight. But each time a government gets away with an abuse of power, or outright lie, it is encouraged to do it again. In the case of the current British government, lying about the UK’s relationship with the EU, the costs and benefits of leaving or staying in the EU, and the implications of the various forms of Brexit open to us, has so far turned out to be an electorally successful strategy.

Serial lying has also been a successful career strategy for the Prime Minister personally, starting from when he used to tell lies about the EU when he was a journalist in Brussels. The members of the Conservative party are in turn forced to lie, to cover up his lies. So, the government and its supporters have steadily gone down a path of lying, then lying about the lying, until reaching the current state, where we do indeed have a government without conscience. As long as they keep winning elections, they will see no reason to change.

Lisa Burton: The UK government has pushed through some controversial bills in rapid succession, i.e., the Policing, ,Elections, and Borders and Nationality Bills. Do you agree these bills have deeply worrying elements and are an example of executive overreach?

Yes, I believe they are deeply worrying bills. Just as I mentioned above, autocracies don’t spring into being overnight, but chip away at the rights and freedoms of citizens, often under the guise of “protecting security” or “fighting crime”. Each measure might sound plausible or justifiable by itself, but, taken together, they add up to a fundamental erosion of liberties. By the time the electorate realises how much has been lost, and how much power the government has accumulated, it may be too late.

All the measures are worrying, but the most concerning one to me is the plan to circumscribe the powers of judicial review, because with our Head of State essentially being only a ceremonial position, so much of the press in cahoots with the government, and the government by definition able to count on a majority in parliament, the courts remain the best independent institution we have to protect against an overreaching executive. Take away judicial review, or go even further and curtail the jurisdiction of the European Court of Human Rights, and what is to prevent a future government proroguing parliament, reneging on treaties, and rewriting laws to suit its own purpose at will?

However, though I personally believe the government is on a path to eroding democracy in this country, what is truly troubling is that – under our current system – it has the technical powers to do this. It is not formally executive overreach. The government’s actions just demonstrate that our current constitutional arrangements are not strong enough. There are many examples of other ostensibly democratic governments going down the same path – e.g., in Hungary, or Brazil, or the Philippines. They have the outward appearance of democracies – hold elections, allow certain limited forms of political rights, etc. – but in practice tighten their control over so many aspects of society, that they become “illiberal democracies”. This is the path the UK is on. I personally believe it is time to review our entire constitutional arrangements.

Anonymous: Was there a specific event or government policy that preceded your resignation from the FCDO or was it the result of a cumulative effect?

Boris Johnson’s decision to prorogue Parliament in September 2019 was the defining moment for me. I will confess to feeling deeply uneasy when he was appointed Prime Minister (and had in fact taken a career break while he was Foreign Secretary, because I was so worried about working for such an unprincipled person, with a track record of dishonesty in both his personal and public life), but I was prepared to give it a go.

The prorogation of Parliament confirmed my worst fears – that there would be no limit to what he would be prepared to do, to drive through Brexit, even if it meant overriding the right of Parliament to scrutinize his government’s approach. From then on, it was really just a matter of time. Things just got worse from there on. I found I was simply unable to look American contacts in the eye, and deliver the messages I was instructed to deliver, as Brexit envoy in the US, with a straight face, when I knew them to be so misleading.

As I wrote in my resignation letter, it became untenable professionally, and unbearable personally, for me to continue in the role. I could have asked to be reassigned, or be allowed a career break, but that seemed the coward’s way out, given that this was a matter of conscience, about the ethics of our government, on a policy with such massive implications for our nation.

In next month’s newsletter, we will be hearing again from three former contributors to our Bremainers Ask feature, who will give us their views on recent events and the UK’s road to rejoining the EU: European Movement Chair Lord Andrew Adonis, the EM’s CEO Anna Bird, and campaigner and journalist Jon Danzig.