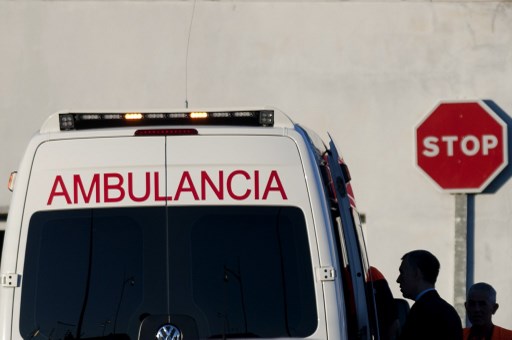 As part of the British government’s no-deal communications programme, it issued a statement on Monday September 23rd outlining healthcare access for Brits living in EU 27 countries.

In the event of a no-deal Brexit, the statement committed the government to funding six months of healthcare for more than 180,000 UK nationals, i.e. those already receiving free health cover, specifically pensioners and students. The announcement caused immediate panic and anxiety amongst British citizens in Spain.

During March 2019, the Spanish government issued its Royal Decree to protect Brits in Spain. In the event of a no-deal Brexit, this decree guarantees us continuing healthcare until the end of 2020.

However, the offer only stands if the British government reciprocates regarding the treatment of Spanish citizens in the UK.  Whilst the Spanish offer isn’t concrete, it did reassure the British community in Spain that our host country has our best interests at heart.

On Monday, we naturally assumed that the latest statement from the British government overruled the earlier one from the Spanish government. The story received considerable press coverage throughout the UK and Europe, which reinforced those widespread assumptions.

Within a few hours, we realised that the statement from the British government did not apply to British citizens in Spain – just those living in the rest of the EU.

The British Embassy was quick to clarify the situation with an update that was welcome, informative and prompt. There was, however, no further communication from the British government – they merely updated their website to confirm that the offer of six months healthcare did not apply to those of us in Spain.

The website stated: “The UK and Spain have each taken steps to ensure that people living in each country can continue to access healthcare as they do now until at least 31 December 2020. This means that your healthcare access will remain the same after 31 October 2019, whatever the Brexit scenario”.

With £100 million being spent by the government on no-deal propaganda, this latest government cock-up did nothing to improve the standing of the British government in the eyes of Brits abroad.

We have been ignored for too long, left out of the conversation and treated as bargaining chips. After years of paying in to the British system, it’s worrying to think we might not receive what’s due to us.  For the government to then get its facts wrong, but not bother to inform us directly of their mistake, begins to look not so much like carelessness as a lack of interest.

Like thousands of others, I moved to Spain expecting free healthcare for life. I paid into the National Health Service for 38 years. I did not envisage paying for private healthcare or prescription charges in my retirement.

National Health Insurance has that name for a reason. When you pay into an insurance policy for years, you expect payback when it’s required. Whether I spend my retirement in Bradford, Bournemouth or Barcelona should not make any difference to the cover I receive.

The British government had better wise up and make a firm commitment on healthcare and pensions. The costs to the Exchequer are far less if we stay where we are, than if we return to the UK for medical treatment. Bearing in mind the serious problems already facing the NHS, does the government want thousands of angry pensioners, perhaps with expensive healthcare needs, turning up in Westminster?

Sue’s article from The Local