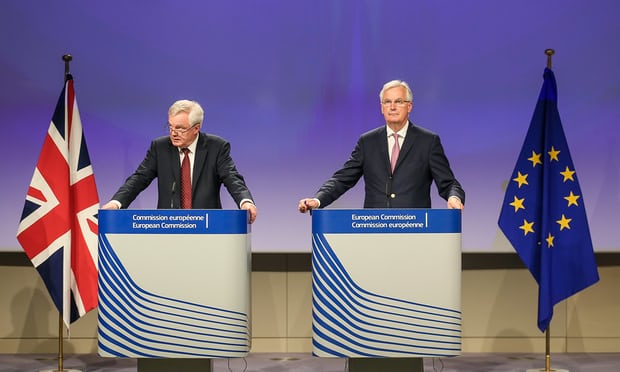 The EU and UK Brexit teams working on the future rights of EU citizens in the UK and Britons in Europe have failed to reach agreement on 22 of the 44 issues under negotiation, a joint working paper has revealed.

A detailed colour-coded document reveals there is agreement on 22 “green areas” but fundamental disagreements on 14 “red” issues and a further eight “amber” areas that need further clarification.

Among the red-light issues in the document, which is dated 19 June, is the UK’s requirement for “self-sufficient” citizens such as stay-at-home parents and students to have private health insurance or comprehensive sickness insurance (CSI).

Theresa May said this would no longer be required in her official proposal to the EU in June, but it remains sticking point, according to the working paper.

“Some areas marked green, eg CSI … or freedom of movement for Brits in the EU are puzzling. Is this a mistake, an oversight?” asked Anne-Laure Donskoy, chair of the 3million group campaigning for the rights to EU citizens in the UK.